Charlotte couple met in 2018 at Ink and Ivy in Charlotte. Since then, they had their daughter Rivers and knew at the end of 2019 they wanted to get married. 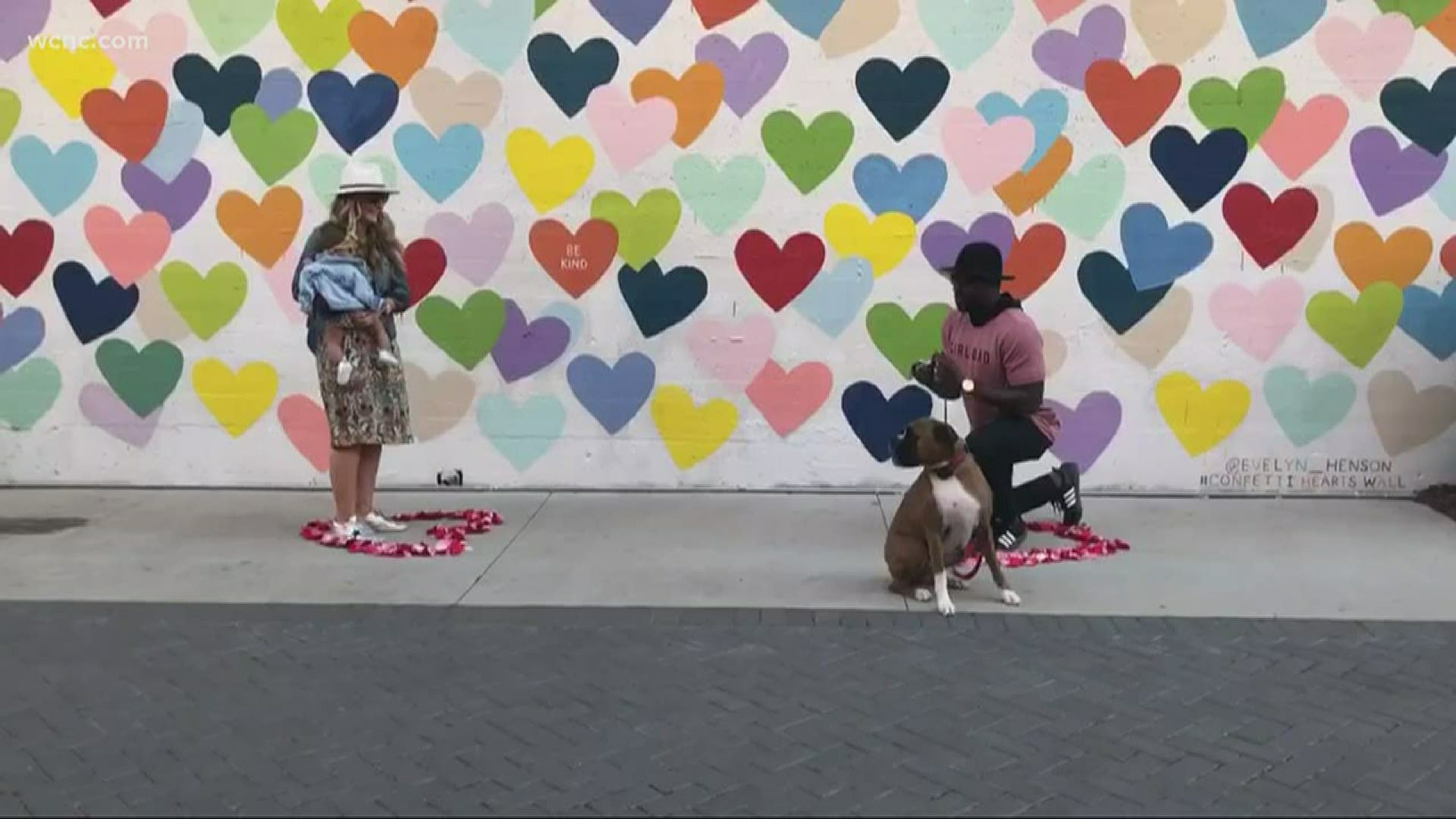 CHARLOTTE, N.C. — A Charlotte man said he wasn't going to let the coronavirus crisis get in the way of him proposing to the woman he loves.

While it may seem like there's not a lot of light to be found in the midst of the pandemic, one Charlotte couple found some getting engaged - at the accepted distance of 6 feet apart.

"I’ll tell you what, quarantine is a fantastic time to realize that you want to stay with somebody for the rest of your life," said Paul Debnam.

Debnam and his now fiancé Mistie Creech met on April 15th, 2018 at Ink and Ivy in Charlotte. Since then, they had their daughter Rivers and knew at the end of 2019 they wanted to get married.

“We actually went ring shopping together around the Christmas holiday," Debnam said.

After that, Creech says she didn’t want to know anything more about it.

"He likes to do surprises, my only request was that it wasn't done in front of people I don't know," Creech said.

Month after month since, Creech says she's just been playing the waiting game.

"You're like ok, when's it gonna happen,” Creech wondered. “I assumed ok, it can't happen now."

Creech said the coronavirus crisis would put an end to any proposal plans, but on April 15th 2020, Debnam was ready to make a move.

"I just prompted, ‘I want to get us out for our special day, our two year anniversary,’” Debnam told Creech. “‘Put on some makeup and get little Rivers cute, and we'll just go out and take some pictures.”

Creech says they walked up to find hearts suspiciously distanced for a family photo.

"I knew something was up then,” Creech said. “I was like that’s odd, they’re so far apart. I thought surely he's not going to propose this far apart."

"But I did,” Debnam said. “Those hearts were 6 feet away, we measured."

Creech says even with the pandemic, the timing was as perfect as any.

"Why not now,” Creech asked, “why not bring the silver lining to it?”

“When we tell Rivers this story 10 years from now, we can highlight the pandemic and the severity of it, but we can also highlight that her optimistic parents took this time to do something special for one another,” Debnam said.

The two say although these are difficult times we're in, it shouldn't get to stop life's special moments from happening.

South Carolina man gives his stimulus check to others in need