"I know wherever you are in your life, no matter what is going on, you can kick it up a notch." 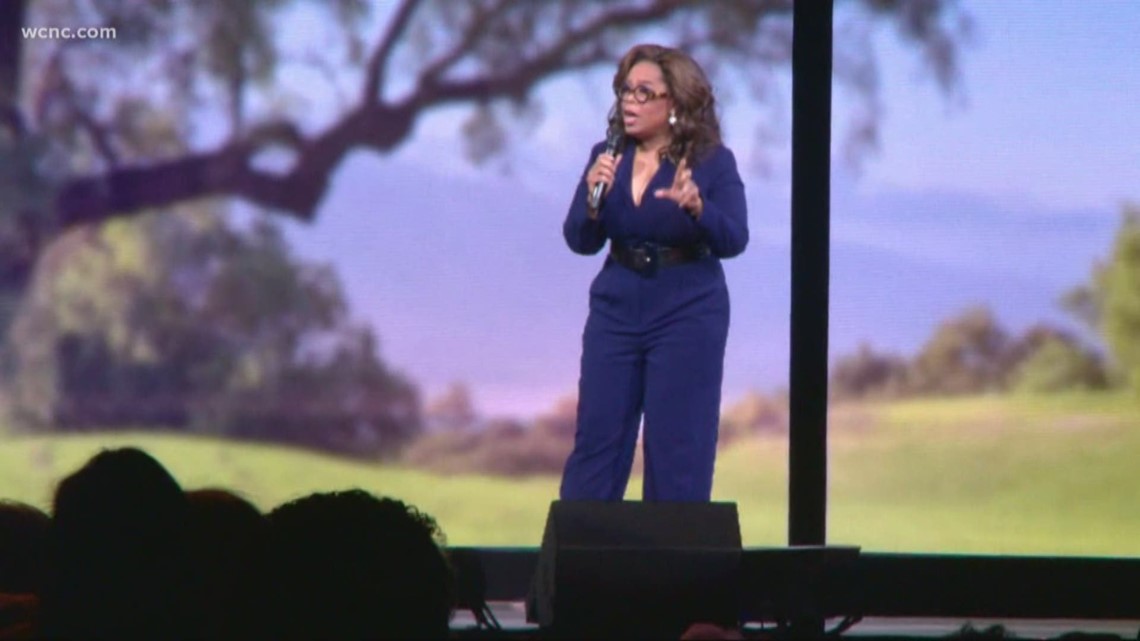 CHARLOTTE, N.C. — Media mogul Oprah Winfrey was in Charlotte Saturday as part of her tour, 2020 Vision: Your Life in Focus.

The nine-city tour is all about the importance of being healthy. Charlotte was the third stop of her tour.

Her message is all about fulfilling your purpose in life. The tour is all about the importance of being healthy when it comes to mind, body, and soul.

During her speech, she gave credit to Premier Pharmacy and Wellness Center, a Charlotte pharmacy located on Monroe Road. Winfrey said in a post on Instagram that she learned Dr. Martez Prince hosts free wellness fairs outside the pharmacy and wanted to celebrate that.

Ahead of the event, a massive crowd wrapped around the Spectrum Center, excited to see Winfrey. Winfrey said on an Instagram post that there were 15,000 in attendance.

"I know a lot of people in here -- been through a lot of challenges, going through something right now," Winfrey said at the event. "A lot of people [are] feeling pretty good. I know wherever you are in your life, no matter what is going on, you can kick it up a notch."

On her tour, Winfrey is focusing on self-reflection and the importance of creating an action plan for yourself. Each stop has a special celebrity guest. In Charlotte, comedian Amy Schumer joined Winfrey.

"The best you can give yourself is clarity of who you are and where you're going," Winfrey said.

For those who missed Winfrey's event but wished they attended, the full interview with Schumer will air on Winfrey's Facebook page on January 22 at 8 p.m.