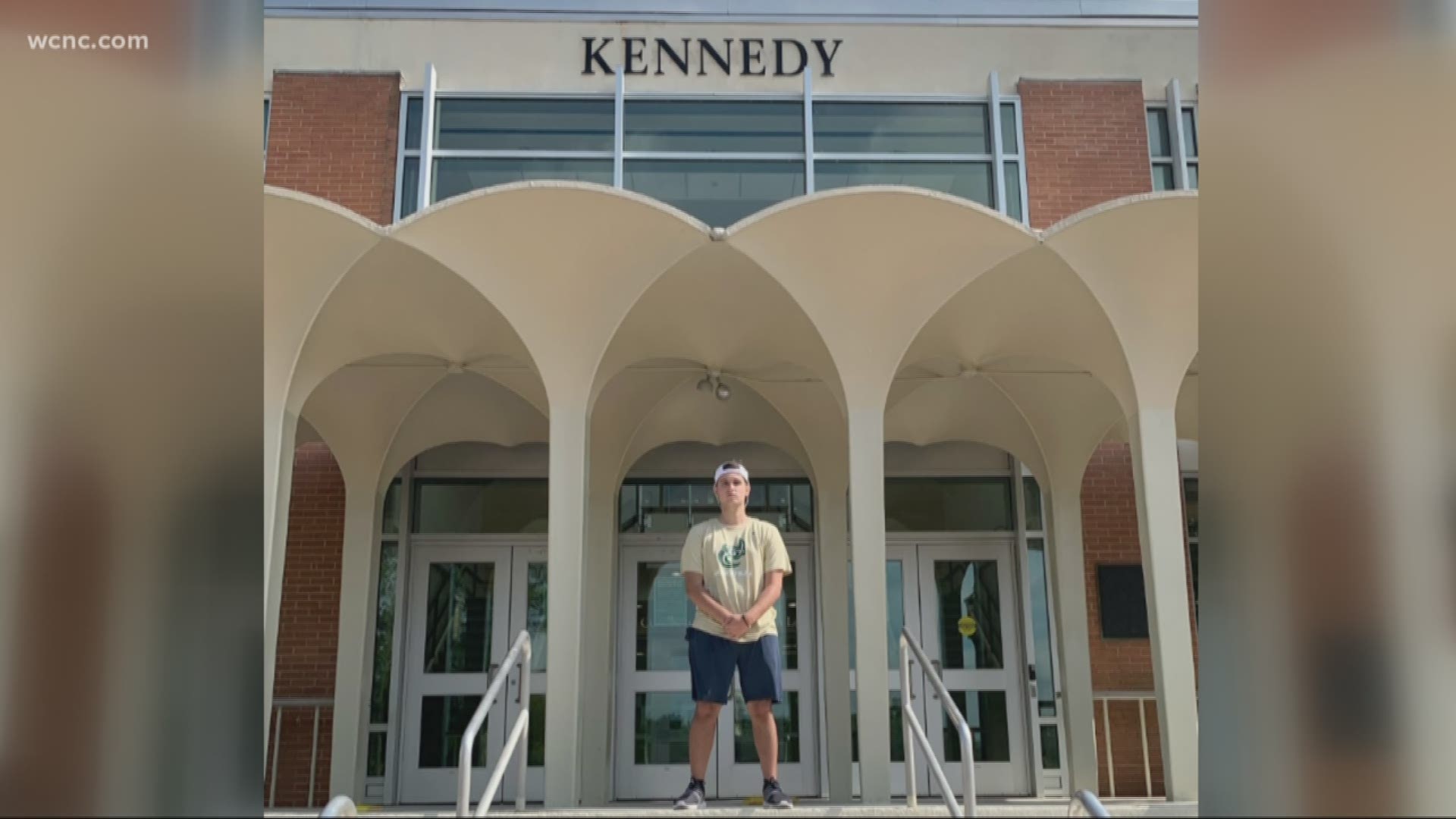 For the first time since he was shot on the final day of class in April, UNC Charlotte student Drew Pescaro returned to the building where tragedy struck.

Pescaro posted a photo of himself outside UNCC's Kennedy Hall on Twitter Thursday using #notafraid and #CharlotteStrong. Two students were killed and four others were hurt in the shooting.

Earlier this week, Pescaro wrote an open letter on social media describing how his life was changed by the shooting. Pescaro wrote, "I am sick and tired of all the violence in this country. It seems we can't go a day without a new mass shooting appearing in the news."

Pescaro also wrote that while he appreciated the outpouring of support, he felt like he couldn't share his true feelings about the situation.

"I have reached a point where I am no longer concerned with upsetting anyone because I needed to do this for myself, and in my opinion, being strong and inspirational means speaking up when others can't or won't," he wrote.

On Wednesday, Pescaro met Tim Tebow before the the Knights hosted Syracuse. Tebow FaceTime called Pescaro after the shooting and said he'd pray for him.

"It's a blessing for me to talk to a lot of different people in their time of need," Tebow said. "He's someone in the midst of adversity that showed so much strength, faith and determination in a tough time. I always try to let him, or anyone else in a time of need, that I'll be praying for them."