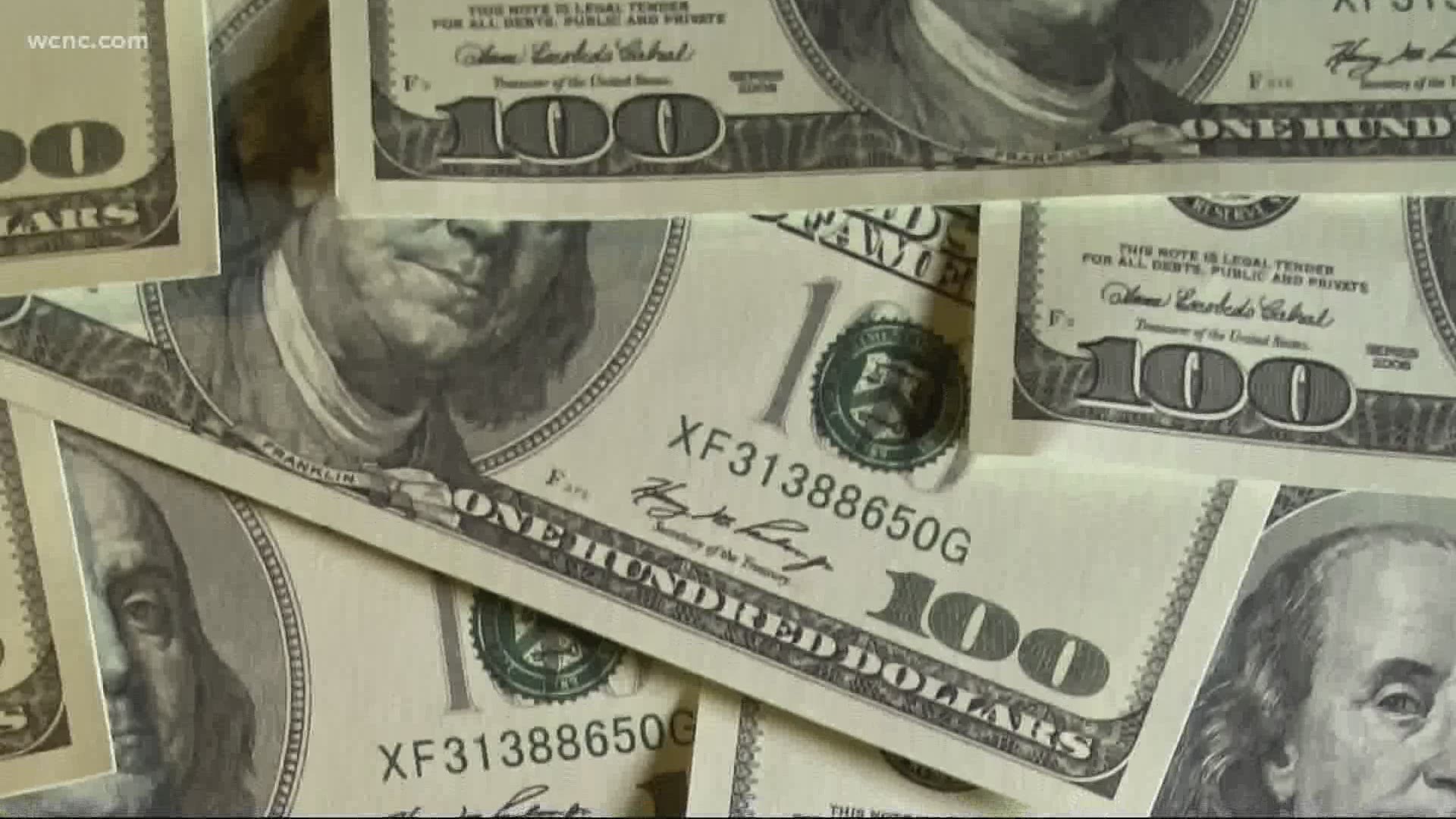 CHARLOTTE, N.C. — As some small businesses waited for Paycheck Protection Program loans or were flat-out denied, newly released federal records reveal nearly a third of the money awarded in the Carolinas went to just 1% of the recipients, including several larger businesses that received the maximum $10 million.

The data, released by the federal government this week after a judge's order, reveal specifics of every loan awarded.

The records show more than 100 PPP loans went to North Carolina and South Carolina businesses with 500 employees. In addition, the data identifies 15 businesses in the Carolinas that received $10 million loans.

"That's not to say that in and of itself that's a bad thing, it's just to say that was not the intent," Taxpayers Against Fraud Chairman Neil Getnick, a New York attorney, said. "The whole point of the program was to reach out to the small businessmen and businesswomen and help them keep their businesses afloat. After all, it's the Small Business Administration."

RELATED: 87% of NC businesses that received PPP loans have not been publicly named

The records show 15 businesses in the Carolinas, most with 500 employees, received $10 million, the largest #PPP loan available. Among them, Carolina Restaurant Group, which owns 120+ Wendy's locations. OrthoCarolina, Monarch and Caesarstone USA are also at the top. #Defenders https://t.co/yzpBfrNC9K pic.twitter.com/ERHiAMGzCR

Getnick said the outcome was predictable, especially considering how fast Congress moved to roll out the program. He's now pushing for more oversight, including better funding for federal inspectors general, more whistleblowers and independent forensic accountants, something he calls private integrity monitors. He admits, while those solutions would benefit his line of work, it would more importantly better protect taxpayers.

WCNC Charlotte's analysis of the new federal records found of the nearly $18 billion given to 194,000 businesses in North Carolina and South Carolina, almost 2,500 businesses (about 1%) received at least $1 million, totaling a combined $5.24 billion in loans (almost 30%).

The records show more than 177,000 small businesses in the Carolinas with 50 employees or less secured $10.5 billion in federal help, but that includes nearly 32,000 businesses that reported 0 employees, accounting for $2 billion alone.

Carolina Restaurant Group in Charlotte, the owner of 122 Wendy's franchise locations with 500 reported jobs, is listed among the businesses that received a maximum $10 million loan.

We reached out to all four of those businesses Friday morning, but have yet to hear back.

Since PPP loans eventually ran out, not all small businesses benefited. Venue At 1801 owner Coretta Livingston previously said she applied for a PPP loan, but never received any money.

"I felt slighted," she said. "It's almost like the big companies, they didn't have to wait. They got their money and started spending it immediately and making more money. People like me, we're still waiting."

RELATED: Most small businesses that applied for Mecklenburg County loans were denied