Most small businesses that applied for Mecklenburg County loans were denied

Roughly four out of every 10 small business owners who applied for low-interest pandemic loans from Mecklenburg County received the government help. 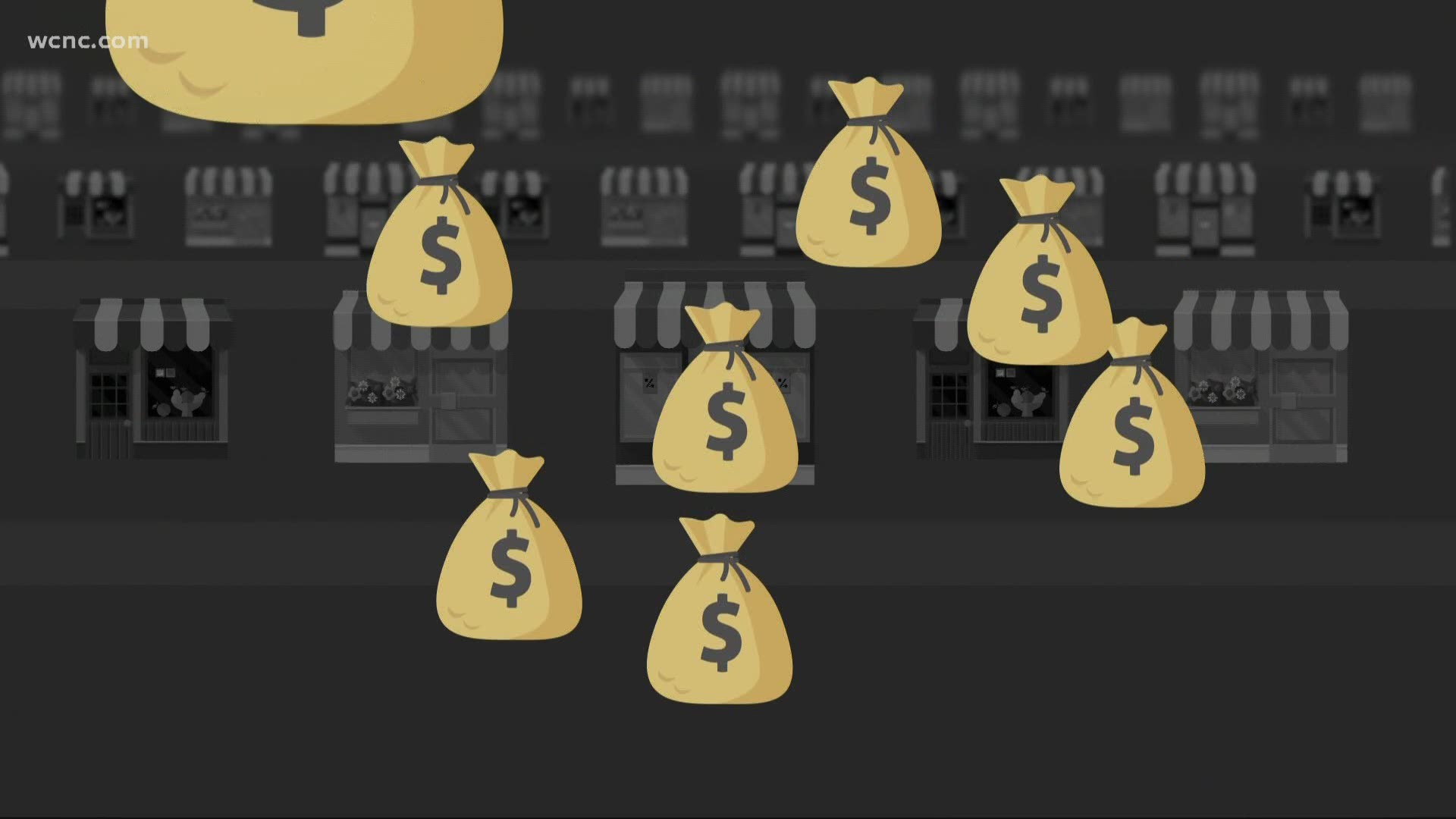 MECKLENBURG COUNTY, N.C. — As Mecklenburg County prepares to release details of every small business that's received $5 million in taxpayer-funded loans, the only public records currently available show most business owners who applied for the government help didn't get approved.

Commissioners voted to increase transparency within the Mecklenburg County Small Business Stabilization Loan Fund his week, after our Defenders investigation found even they didn't know specifically who secured loans. Instead, a third-party they hired held all of the details. After an 8-1 vote Tuesday night, that is now changing.

In the meantime, county records show only around 40% of the small businesses that applied actually received the low-interest loans. Economic Development Director Peter Zeiler said early in the pandemic, the approval rate was around 60%, but declined sharply as federal help started to trickle down.

"The loan applications that are coming in in the last month or two are not the same quality and have a lot of difficulty getting to the approval threshold," he said.

"Of the 563 loan applications received, 197 have received money, while another 33 remain pending, Zeiler said earlier this week.

The issue came to a head during Tuesday's Mecklenburg County Commission meeting where elected leaders said they weren't the only ones wondering exactly who collected loans.

"If you didn't get one of the loans, you want to know who did get one and why," Commissioner Trevor Fuller said.

Commissioner Vilma Leake said denied small business owners and the pulic as a whole deserve to know the specifics.

"I received three telephone calls Saturday night from three black women in business who said that they had applied three times and never got a dime..." Commissioner Leake said. "...They felt that they were overlooked."

To qualify, businesses had to meet nine requirements. County records show the top reason owners were denied related to insufficient capital to repay the loan's principal and interest.

Prior to this week, Zeiler said the county received just one complaint about the program.

"We realized at the end of it that this applicant had put the wrong incorporation date on their applications..." Zeiler said. "...They corrected the application. They received their money."

The county's loan program is credited with helping retain 900 jobs and create more than 300 others. The average loan is $28,000, according to Zeiler.