A private hedge fund says splitting Duke Energy into 3 companies would increase profits and efficiency. North Carolina lawmakers have something else in mind. 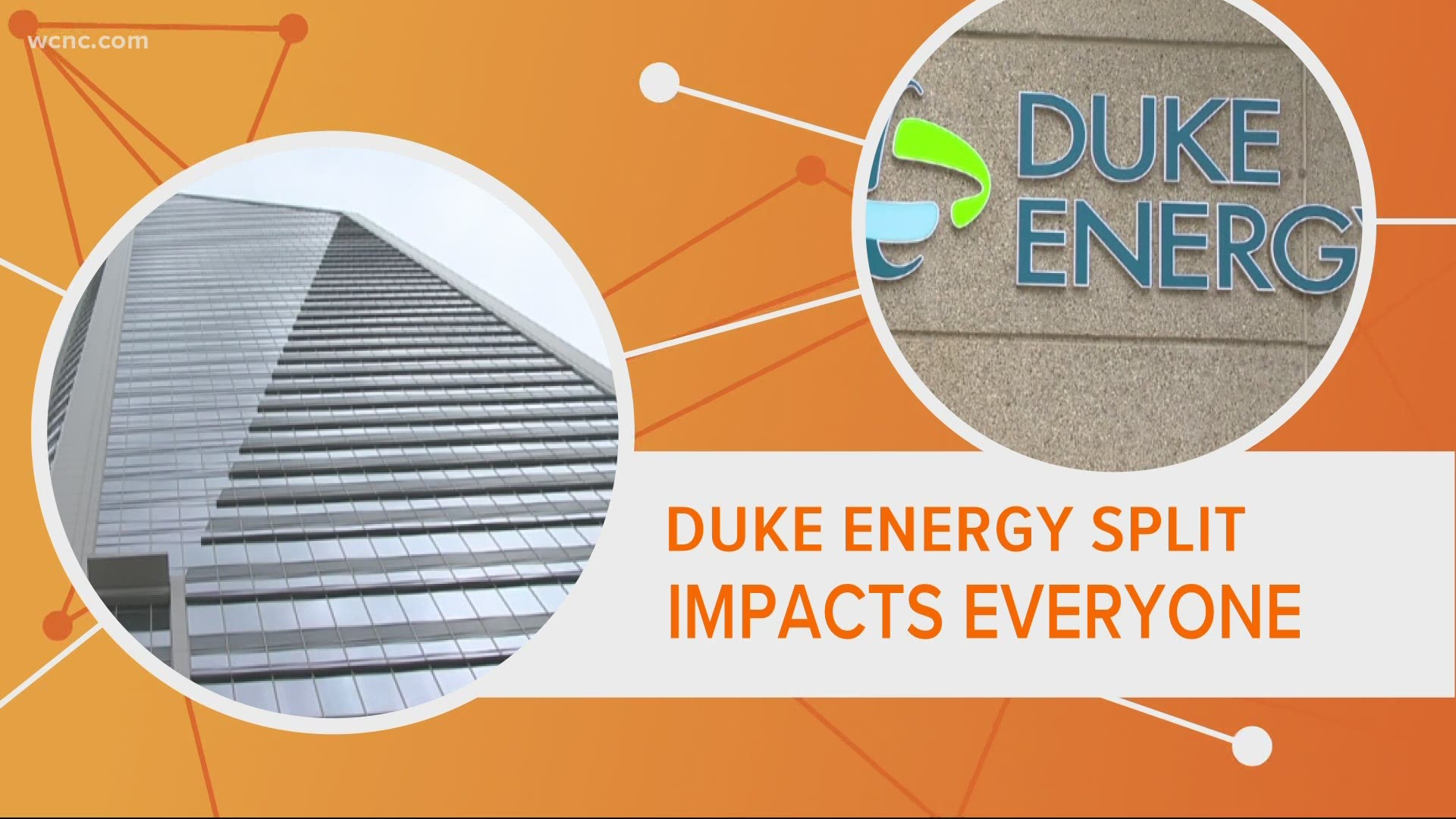 CHARLOTTE, N.C. — A hedge fund wants Charlotte-based Duke Energy to split into three companies, saying the utility provider would be more profitable and efficient if it breaks into three smaller parts.

Elliott Investment Management is proposing the split but North Carolina leaders have other ideas about Duke's future. Splitting Duke Energy could have big effects on everyone, and lawmakers on both sides of the aisle agree.

Duke Energy provides electricity for more than 7 million people in six states, including North Carolina and South Carolina. Naturally, state leaders are worried about a private investment firm taking control of Duke. That could put thousands of jobs in jeopardy, specifically in Charlotte.

North Carolina leaders also say the company is critical as we recover from the COVID-19 pandemic because it is an independent utility.

And a split is no slam dunk. It would face a big uphill battle to get approved. The utilities commission would have to approve the change, and seven of those members are appointed by Gov. Roy Cooper, who has already come out strongly against the split.

RELATED: 'We are facing a crisis': Tens of thousands of NC residents facing utility disconnection

Duke Energy issued a statement about the proposed split, saying in part, "Duke Energy will review Elliott's latest proposals and the company is always open to new ideas ... however, Duke Energy and its board of directors will always advocate for the best long-term interests of its shareholders."