A recent survey found that despite high unemployment, 42% of small businesses are struggling to make new hires. Some leaders blame increased unemployment benefits. 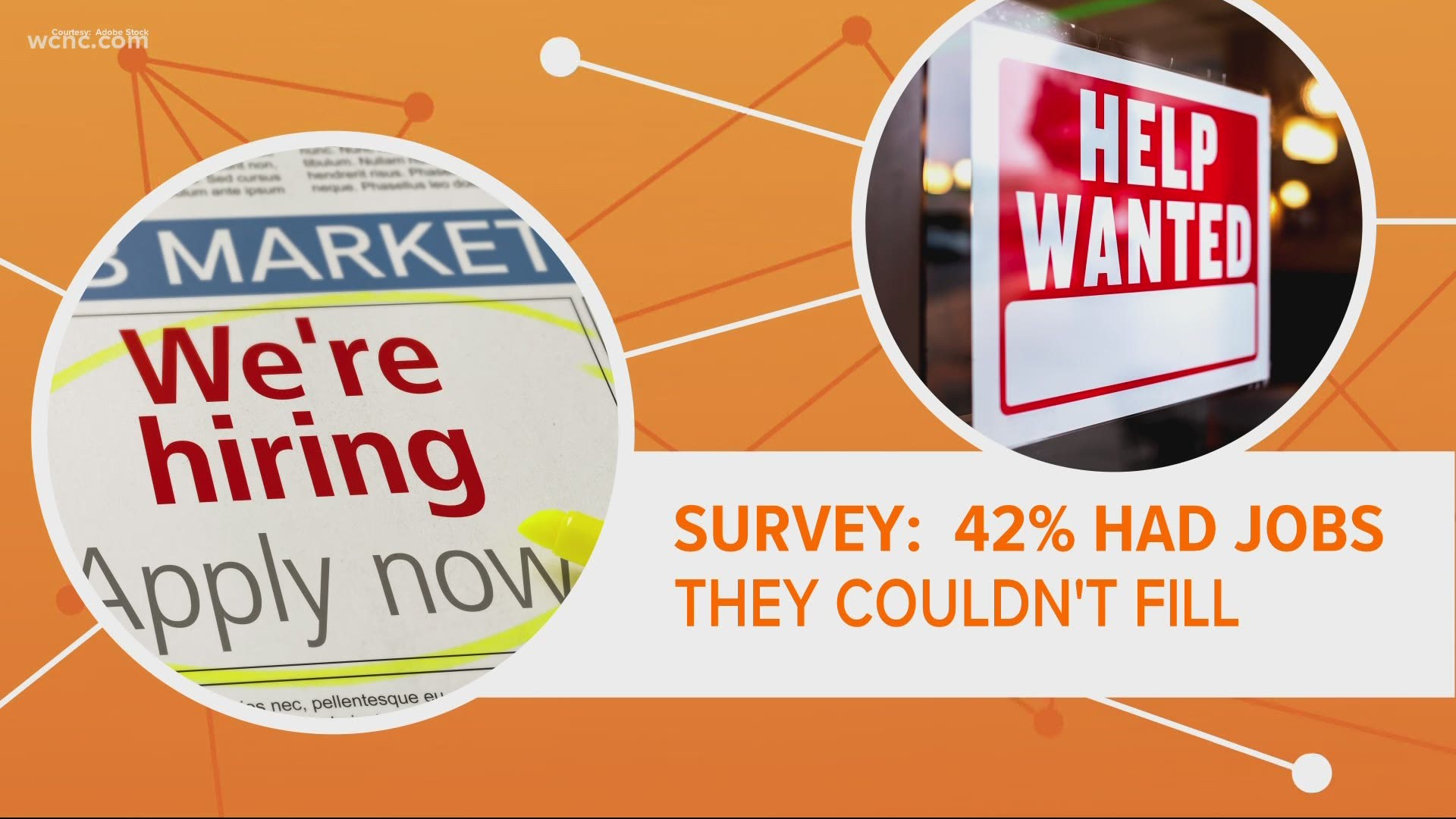 CHARLOTTE, N.C. — Businesses all across the Charlotte area are trying to fill jobs but despite high unemployment numbers, many are having trouble making new hires.

Unemployment rates are still very high in the Carolinas, so why are so many businesses struggling to fill those jobs? Let's connect the dots.

According to a new report, 42% of small businesses nationwide said they had jobs they couldn't fill last month. That's a record high.

Many business leaders blame jobless benefits. President Joe Biden's American Rescue Plan put an extra $300 in unemployment checks each week through Sept. 6. For some low-wage workers, that means they could bring home a similar amount of money per week for not working. It's important to note, though, that in both North Carolina and South Carolina, folks have to prove they're looking for work to get those unemployment benefits.

But experts say it's not that simple, and many people who may have previously worked are now needed at home. In fact, a recent survey found that more than 6 million Americans are not working because of their need for child care.

RELATED: Which Senators voted for, against $15 minimum wage amendment?

In the meantime, experts say others have legitimate health concerns about returning to work.

Economists also say restaurants in particular are struggling to fill jobs. They say it's mainly because big retailers who have thrived during the pandemic, like Amazon, Target and Walmart, can afford to pay people more.

RELATED: Hospitality industry faces challenge of filling job openings as it bounces back from COVID-19 pandemic

The following Charlotte businesses are now hiring. Click each link to learn more.