The Batch House one of several businesses flooded after torrential rain, community rallies behind it

Charlotteans on social media rallied around a popular local business after it took on raging water during Thursday's floods. 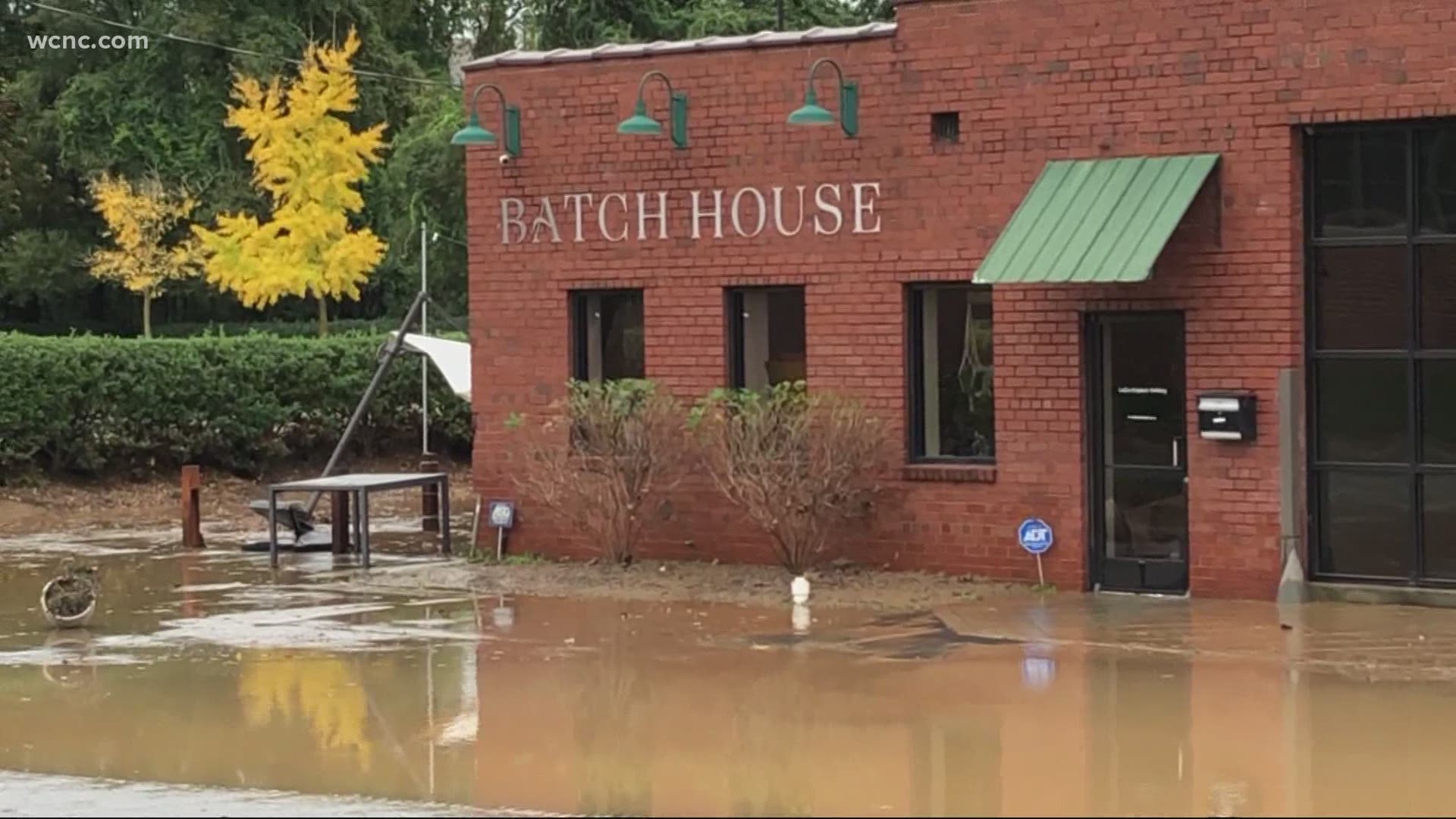 CHARLOTTE, N.C. — A beloved Charlotte coffee shop and bakery were one of several businesses that were flooded Thursday.

The Batch House on Bryant Street in Charlotte's Wesley Heights neighborhood took on water quickly Thursday morning as the owner looked on.

Several posts on the shop's Instagram page shows water surrounding the building, drowning out cars on the nearby street.

"Material things will be replaced, so we'll be OK," said Cris Rojas Agurcia in a video posted to the shop's Instagram account.

Her employees quickly made a post, rallying around their dear batch maker, asking if anyone could help to Venmo any donation to @thebatchhouseTEAM.

Rojas Agurcia was overwhelmed by the kind messages and donations she's already received.

"I'm just blown away by Charlotte," she said as she got emotional. "You guys are such a good community."

Rojas Agurcia has posted pictures of the damage inside on her Instagram page, @thebatchmaker. She noted she will start the clean-up process on Friday.