Eighty-eight fans in attendance will be able to purchase a digital ticket stub for $4.99 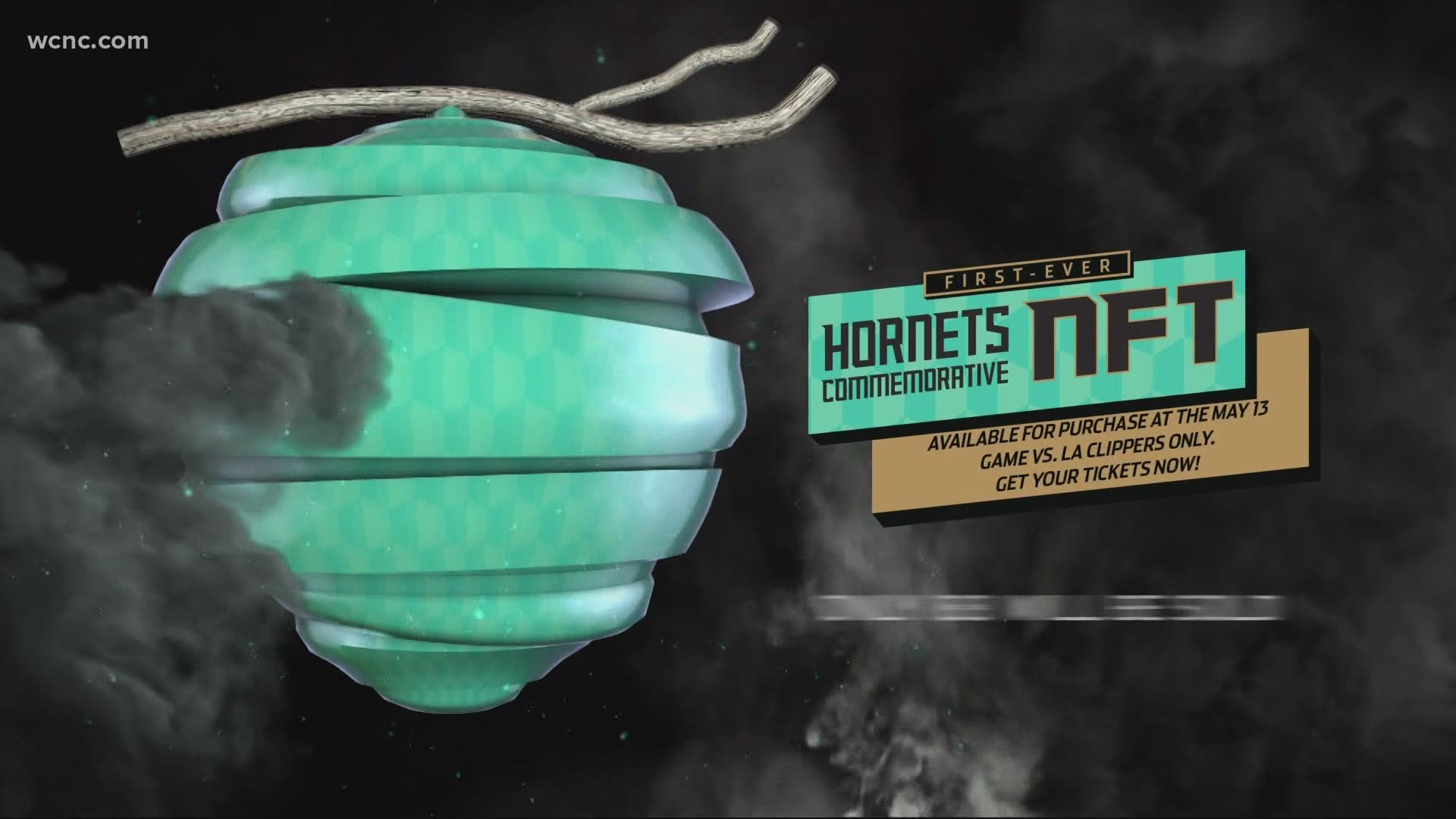 CHARLOTTE, N.C. — As usual, the Charlotte Hornets are ahead of the game off the court.

During their May 13 regular-season home finale against the LA Clippers, the team will launch a commemorative NFT series.

NFT stands for non-fungible token, and it's basically a digital collector's item.

They've been all the rage this NBA season with fans paying top dollar for TopShots and other digital collectibles.

The Golden State Warriors were the league's first team to launch NFT's, but according to Forbes, went for over $800,000.

"We want to bring our fans in with us," the team's Senior Vice President Tamara Daniels said, "but it had to be something easy for our fans to access, and easy to afford."

After listening or seeing an in-game announcement at Spectrum Center, fans will need to go to their Hornets app to try and purchase the NFT.

Only a lucky 88 will get one. An ode to the team's inaugural season in 1988, and just the right number.

"To make sure that it is scarce enough that on the  resale market it will have that value," Daniels said, "because only 88 people had the digital ticket to this game."

The Hornets designed their NFT in-house, and will only say it includes an animation component.

They consulted with Dapper Labs on the project, and worked with Mint to make the NFT.

"It has the game date, a tip-off, a seat, and a row and a section locator," Daniels said. "And that's what makes it unique."

RELATED: VERIFY: Explaining non-fungible tokens and what they are used for