The City of Charlotte is proposing a possible 14 developments that would create new affordable housing units, but there are two areas with no new projects. 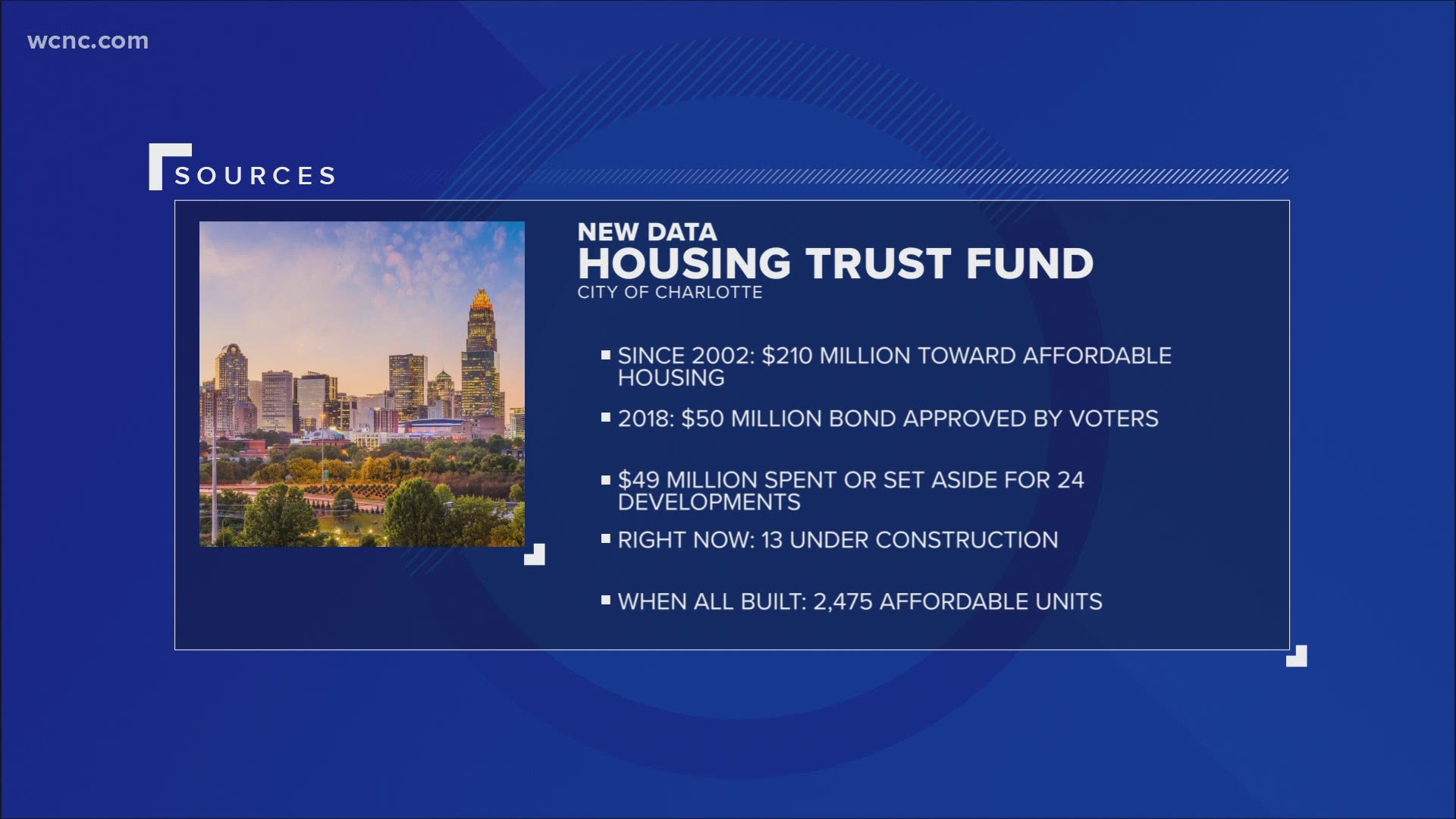 CHARLOTTE, N.C. — Charlotte leaders are detailing how they'd like to spend millions of tax-payer dollars to pay for more affordable housing projects.

Pamela Wideman, the director of Charlotte's Housing & Neighborhood Services Department, along with data provided by the city, shows the city has put $210 million towards affordable housing since 2002.

About $49 million of it was spent or set aside for 24 developments to be built, according to a presentation given to city council members by Wideman at a meeting Monday night.

Currently, 13 of them are under construction and when all 24 are built they will provide a total of 2,475 affordable units.

In November 2020, voters approved another $50 million to be spent on more affordable housing.

At Monday's meeting, Charlotte leaders got a first look at what city staff would like to build with that money.

They want to use roughly $25 million to build 14 affordable housing developments. Wideman doesn't believe all of them will be approved but if they were, it would create about 500 affordable units for a single person making up to $29,000, which is 50% of the average median income (AMI) in Charlotte.

However, none of the proposed developments are in districts six or seven, South Charlotte and Ballantyne, respectively.

Some Charlotte leaders see that as a problem.

"We've got to find a way to diversify our housing throughout the community, understanding land-cost and land-value are higher in certain parts of the city," said Malcolm Graham, the council member who represents district two.

A vote on the recommendations is expected for April 26. If all 14 developments are approved, Charlotte city leaders would still have more than $20 million to spend on affordable housing projects.