The eviction moratorium expires at the end of 2020. 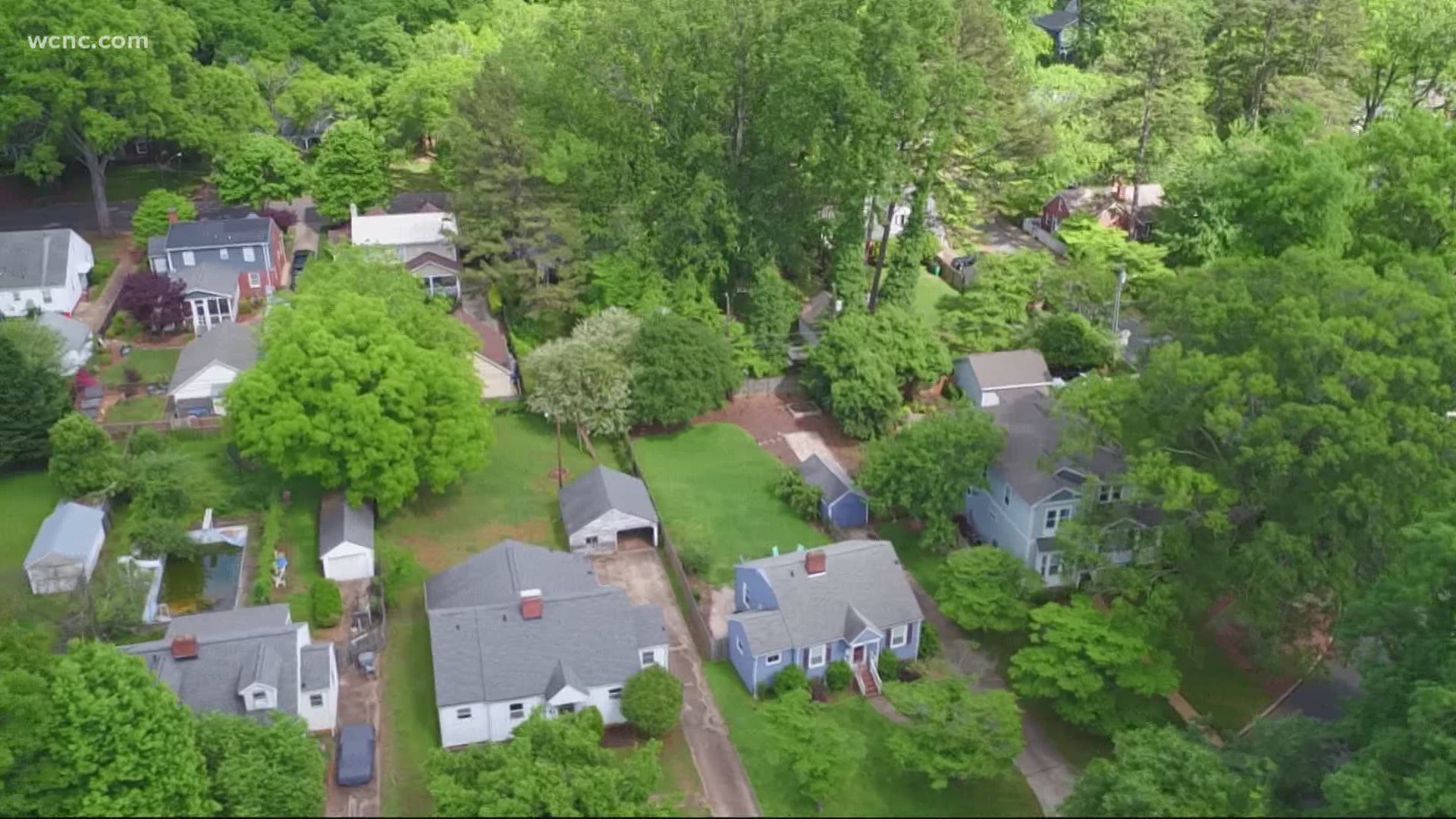 CHARLOTTE, N.C. — Nonprofit law firm Legal Aid North Carolina is suing state and county court officials for reportedly ordering the eviction of tenants who should have been protected under the Centers for Disease Control and Prevention's eviction moratorium.

First issued back in September, the moratorium is still hotly debated, with many touting its success in preventing mass homelessness while others argue it's unfair to landlords.

“It is heartbreaking to see that, that tent city and the struggle that all these families are going through, and it really does trickle down," Isaac Sturgill, housing attorney for Legal Aid NC, sad.

Sturgill was one of the attorneys who filed the lawsuit which alleges state court officials are violating the CDC's eviction moratorium, originally implemented to keep struggling tenants in their homes.

“There are studies that show that people who are homeless and who are evicted from their homes are more likely to spread COVID, so the CDC passed this order to try to slow the spread," Sturgill explained. “What we're seeing, unfortunately, is that a large number of tenants who are claiming protection under the CDC order are being evicted in spite of it ... Our courts have done nothing to implement the order within the court system.”

Alternatively, there have also been lawsuits filed to overturn the moratorium on the basis that it leaves landlords high and dry.

RELATED: NC doubles down on eviction ban, landlord groups push back with lawsuits

For example, in October, the New Civil Liberties Alliance (NCLA) filed litigation against the CDC and several states on the grounds the eviction regulations are crushing landlords.

“The only legal way a landlord can take their property back is by going to court getting an eviction order and having a sheriff execute the eviction," litigation counsel for the NCLA Caleb Kruckenberg said. "And the CDC order says that's now a federal crime."

Charlotte landlords like Crystal Jeeter said the CDC's ruling has been an unfair hindrance to her own finances.

“You’re telling us as a government that we cannot evict, so what is our recourse for getting our money back?” she asked.

“I know that there, there are a balance of things on both sides but ... these are federal laws," he said. “We're not seeking any money. We're not even asking for our attorney’s fees...if the courts would comply with the CDC order and the governor’s order, we would dismiss the lawsuit. All we're asking for is their compliance.”

The eviction moratorium expires at the end of 2020.