Charlotte minister delivers free meals to those impacted by COVID-19

Charles Robinson, a local outreach minister at the Bread of Life Deliverance Church in Charlotte has been serving the community in north Charlotte. 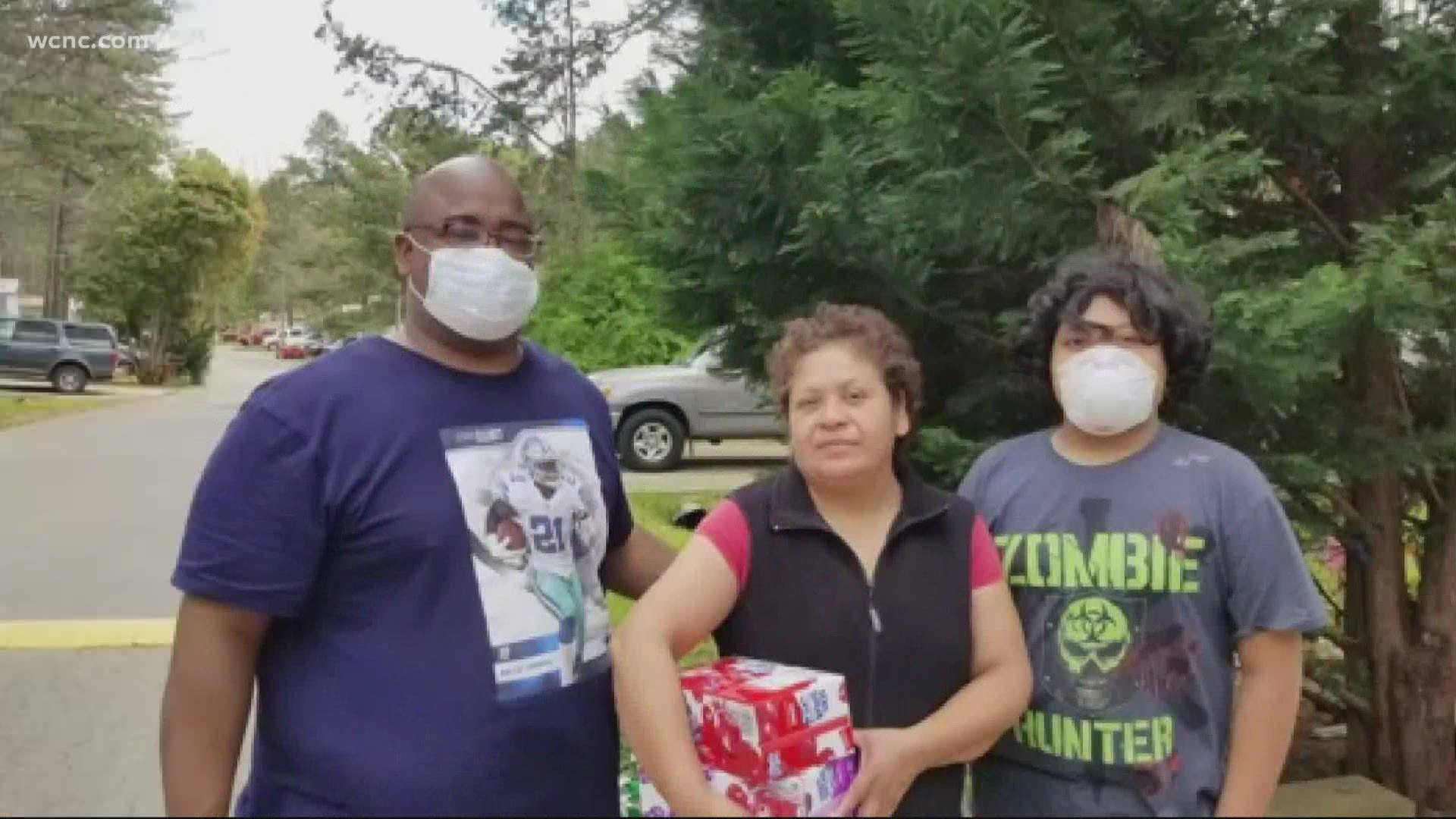 And that’s not all.

Charles Robinson is a local outreach minister at the Bread of Life Deliverance Church in Charlotte.

Over the past few months, he’s been serving free meals to seniors and children in North Charlotte impacted by COVID-19.

“I made a post on Facebook and I said listen I need somebody to get me a kitchen because imma get back to cooking again,” Robinson said.

The Hidden Valley Neighborhood is one of the largest African American communities in Charlotte.

However, the area is filled with families living in hotels on fixed budgets and little to no transportation.

“We have families that are struggling and can’t move into an apartment, can’t afford to live in charlotte, so where do they go,” Robinson said.

Several seniors living in hotels are also afraid of going outside in fear of catching the virus.

So Charles other volunteers have been delivering three meals after Northside Baptist Church let the group use its kitchen for free to help organize the food drive.

United Way gave 25 thousand dollars to support the cause.

Robinson was also featured on Mike Rowe’s national show “Returning the Favor” where he gifted a 20 thousand check toward his efforts.

“At its peak about 10K a week and it ended up being about 73 thousand so far,” Robinson said.

Robinson says his mission is about more than food.

He’s helping to transform a portion of land into a community garden and playground at the Bread of Life Deliverance Church in Charlotte.

“It’s a place where our seniors can come and plant a seed and our young folk can come and allow someone to sew into their lives,” Robinson said.

The land will also house a community hub.

It will eventually provide a homeless to housing program, Literacy Program for Kids and Workforce development program.

“It’s not complete but its well on its way,” Robinson said. “If we can get together as a community there’s nothing we can’t do.”

"We don't have a lot of tools to fight COVID-19. I wish we did," says NC health leader