Residents in Tent City claim they were told they had to move out by August 24 and also did not receive information on where they could safely move to.

“Tent City, there could be 300 tents out there,” Anthony, a former Tent City resident, said.

Those living in Charlotte’s Tent City said they recognize their situation isn’t ideal.

“Everybody has their own way of life, reasons of being out there, circumstances,” Anthony said.

To most, the small location right outside of Uptown on College and 12th is their only home. Their only place to eat, sleep, and live.

“There are those who are reaching out for help and they feel like nothing is being done at all,” Anthony said.

Anthony was one of those people feeling like there was no other way.

Originally from New York, he lost everything while living in South Carolina a couple of years ago.

“Settled down, bought a home, I had a great job but unfortunately hurricane Florence in 2018 took that all away,” Anthony said.

Charlotte became his new home, but trouble would strike again.

RELATED: 'The cards are stacked against us' | How COVID-19 is growing tent cities around the Queen City

Anthony found himself living in tent city for two months during the coronavirus pandemic, but thanks to Kenya Joseph, he found a way out.

He now has two jobs and a new place to lay his head.

“Instead of asking for donations, I asked for an employment reference or capabilities of getting online and looking for a job,” Anthony said.

Joseph is the founder of Hearts for the Invisible Coalition.

The coalition has been providing everything from sleeping bags to toiletries and hygiene products to tent city residents during the pandemic.

Now Anthony and Kenya are fighting for others to do the same.

Those living in Tent City claim they were recently informed that they will have to get out by August 24. That’s when Republican National Convention delegates will come into town for meetings.

“It came down the pipeline that they’re going to be evicted from that space on August 5th,” Joseph said. “A lot of people are saying they don’t know about this date.”

Residents of Tent City said they also didn’t receive information on where they could safely move to.

“Yes we know the shelters are full but we also know you all receive this emergency funding why aren’t you putting people in hotels,” Joseph said.

Joseph is worried if the city moves forward with the eviction, this will contribute greatly to the spread of COVID-19 in Charlotte.

That’s why she’s pleading for them to stay the eviction until a more solid plan is in place.

“We are asking for the issuance of emergency housing choice vouchers, rapid re-housing vouchers and any other vouchers that can be distributed at this time to address the emergency need,” Joseph said.

In response to this story, City of Charlotte spokesperson Cory Burkarth said, "The city has made no effort to move those individuals from the area." 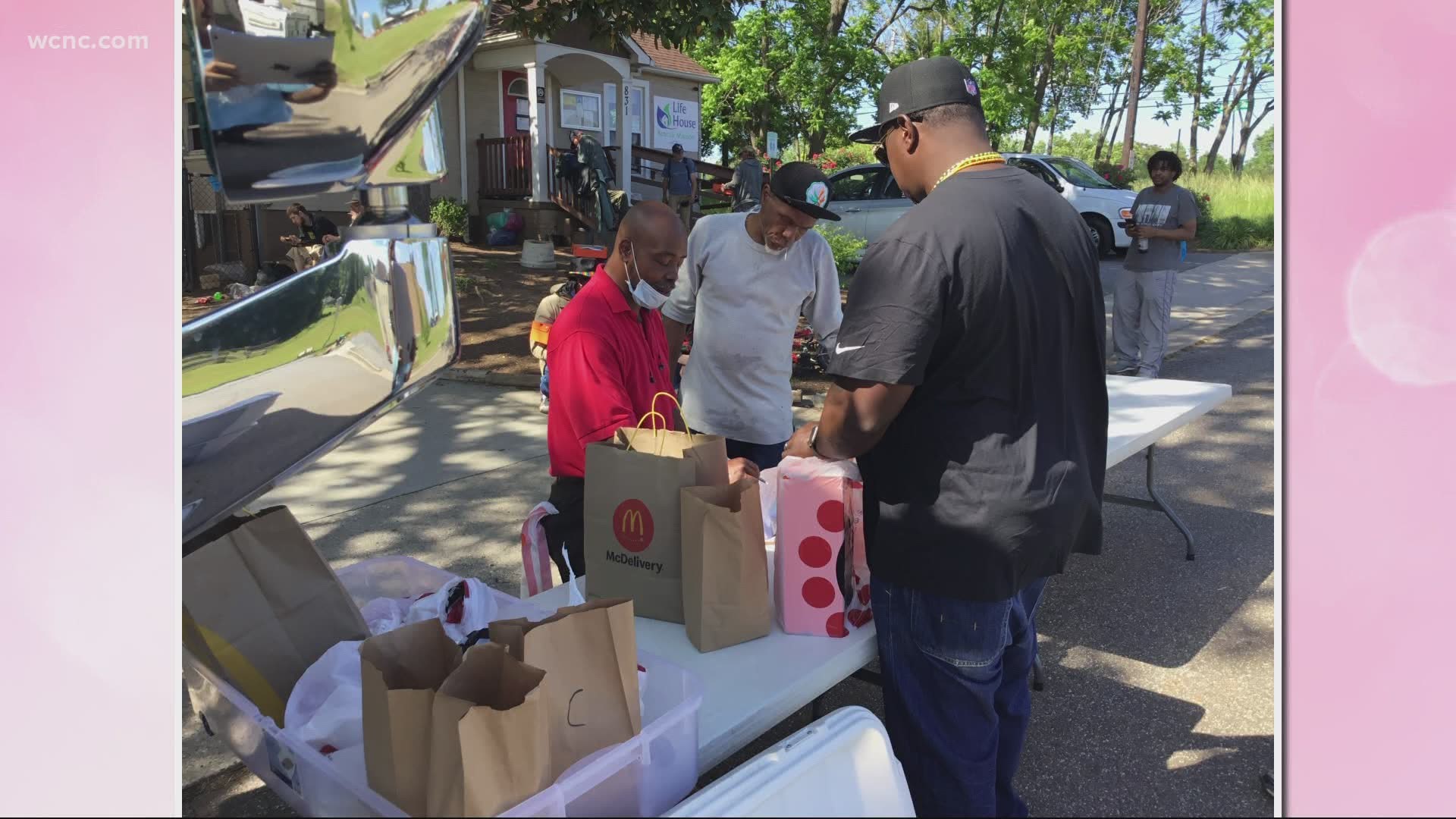