Chief Kerr Putney said CMPD is taking the murder of George Floyd and subsequent protests in Charlotte as "an opportunity to get better." 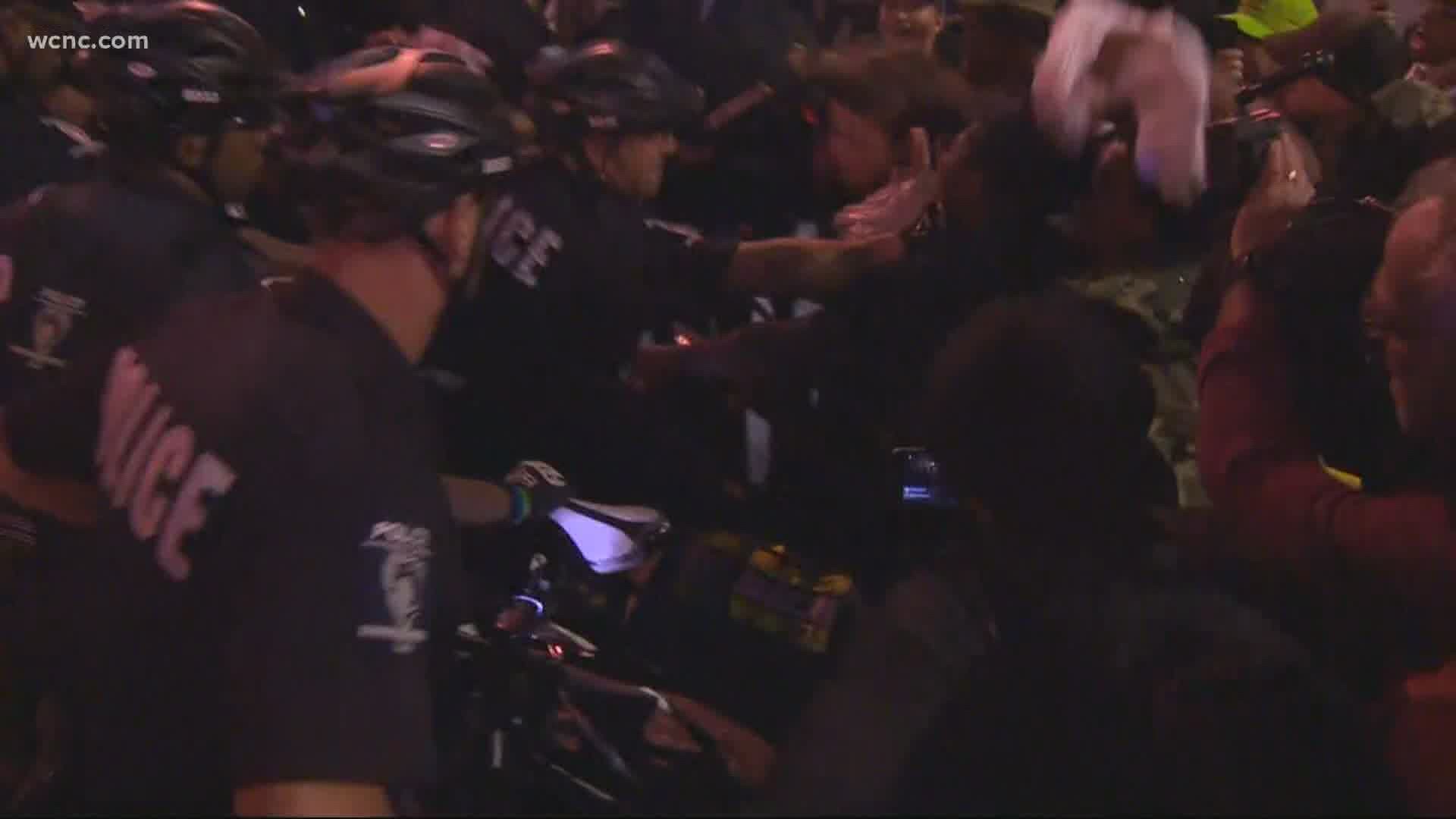 CHARLOTTE, N.C. — Days after the Charlotte-Mecklenburg Police Department said it would be impractical and possibly even dangerous to institute a policy requiring police to step in when they see fellow officers crossing the line, Chief Kerr Putney has now created a duty to intervene policy.

As we reported Monday, Safe Coalition NC first requested a duty to intervene policy a year ago.

“That will be a full-fledged policy enhancement this week,” the chief said.

The new policy won't likely be the only change to follow George Floyd’s murder in Minneapolis and subsequent protests in Charlotte and nationwide.

Following the police shooting death of Keith Lamont Scott in 2016 and the protests that followed, the City of Charlotte paid the National Police Foundation hundreds of thousands of dollars to take a hard look at CMPD's actions.

RELATED: City of Charlotte hosts community forums after incident between police and protesters

While the organization found police acted appropriately overall, the group made multiple recommendations to help prevent and respond to future instances of civil unrest.

"One of the things that Chief Putney has done exceptionally well is just that continuous engagement at all levels of the community and all places within the community," Straub said.

Straub calls Charlotte a leader nationally, especially when it comes to the creation and deployment of its Constructive Conversation Team. The team’s officers engage with protestors where they stand and take their messages back to the department. He said other departments can learn from CMPD.

"I think (other departments are) doing it, but not in all honesty, not to the extent that Charlotte-Mecklenburg has,” he said.

Despite some progress in recent years, the NAACP and protestors have continued to call for more police accountability, more transparency and more improvements, including renaming patrol officers “peace officers” and requiring psychiatric evaluations for officers and recruits.

"We have lost all trust," she told us Monday. "You have some that are so vicious and so brutal to us, we don't even think about the person that's decent to us anymore."

In addition to CMPD, Sheriff Garry McFadden is creating a duty to intervene policy for the Mecklenburg County Sheriff’s Office.