The progression of the Black vote in America | For The Culture

Vice President-elect Kamala Harris made history becoming the first woman of color elected to the White House. It's a sign of how far we've come and still have to go. 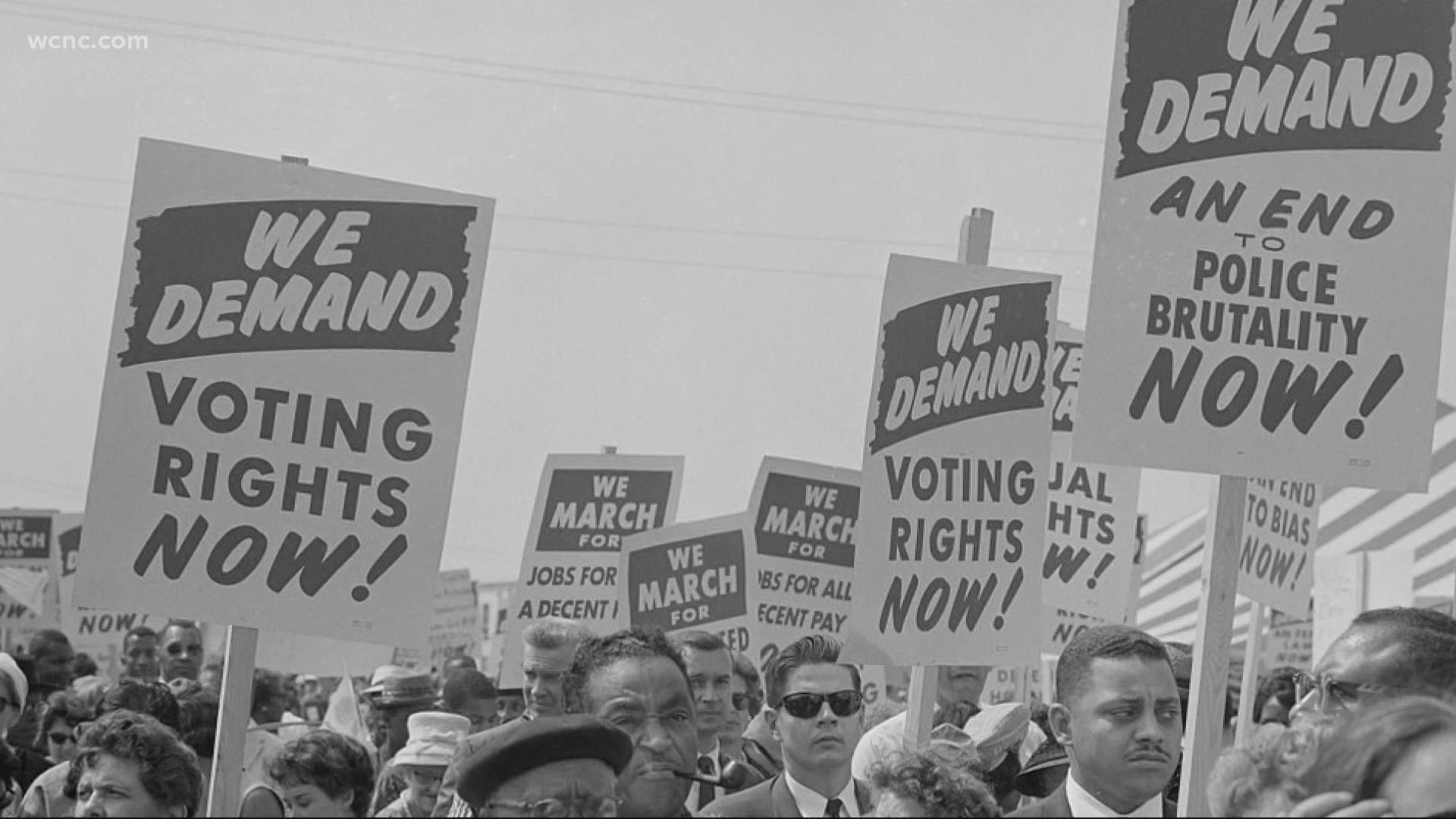 CHARLOTTE, N.C. — Vice President-elect Kamala Harris inked her name in the history books by becoming the first female and woman of color to hold that position.

In a special edition of "For The Culture," WCNC Charlotte's Billie Jean Shaw sat down with her dad, Billy Shaw, for an emotional and insightful conversation about the progression of the Black vote in America and how far things have come, as well as how far things have to go.

"I am so happy my dad has lived to see not one, but two people of color elected to the White House," Billie Jean Shaw said. "I know this was a distant dream when he was growing up."

Mr. Shaw grew up in the segregated South before the Civil Rights Movement. At that time, whites and blacks were legally separated in every aspect of life, from schools and public transportation to water fountains and restaurants.

"I can remember growing up and going to the store and couldn't sit at the counter to have lunch,” said Shaw. “Matter of fact, you would go to jail for that."

In the late 50s and early 60s, it was common to see politicians promote segregation. Shaw remembers when Strom Thurmond, a US senator from Columbia, South Carolina, ran for president.

“He ran on racism,” said Shaw. “Even though Black people had the right to vote, the people who were running for office did not support civil rights for Black people.”

He recalled the time when he turned 18 and tried to register to vote. However, because he was black, the law required him to pay a fee and pass a series of ridiculous tests.

"One of the most common ones, was the jelly bean jar test,” said Shaw. "Here's a jar and you had to tell them how many jelly beans were in the jar. Who could do that? No one, that was one of the things that kept you from registering to vote."

Shaw went on to explain how Black people would sneak and vote. In those days, voting while Black was a life or death decision.

"Voting, we had to worry about our lives," Shaw said. "That's why so many were killed. They would come around at night and set houses on fire."

Shaw said he remembers seeing that violence firsthand growing up.

"Daddy, you never told me that. That's scary," Billie Jean told her father.

His anger fueled his passion for change. He became an active member of the NAACP and served as president of the local chapter in Sumter, South Carolina.

Shaw worked to ensure there was a voter registration drive at every meeting and on weekends, he'd take his daughters door-to-door in the community encouraging people to go to the polls.

"I would always tell them, don't be ashamed if you haven't voted, the shame is when you don't vote,” said Shaw.

"I'm so happy that you lived to see the work you've done," Billie Jean said. "Standing up to racism, none of that went in vain."

Mr. Shaw reflected on how he's lived to see two people of color elected to the White House. He says it's a bittersweet victory.