Once officers arrived to the hospital they located a total of three victims. 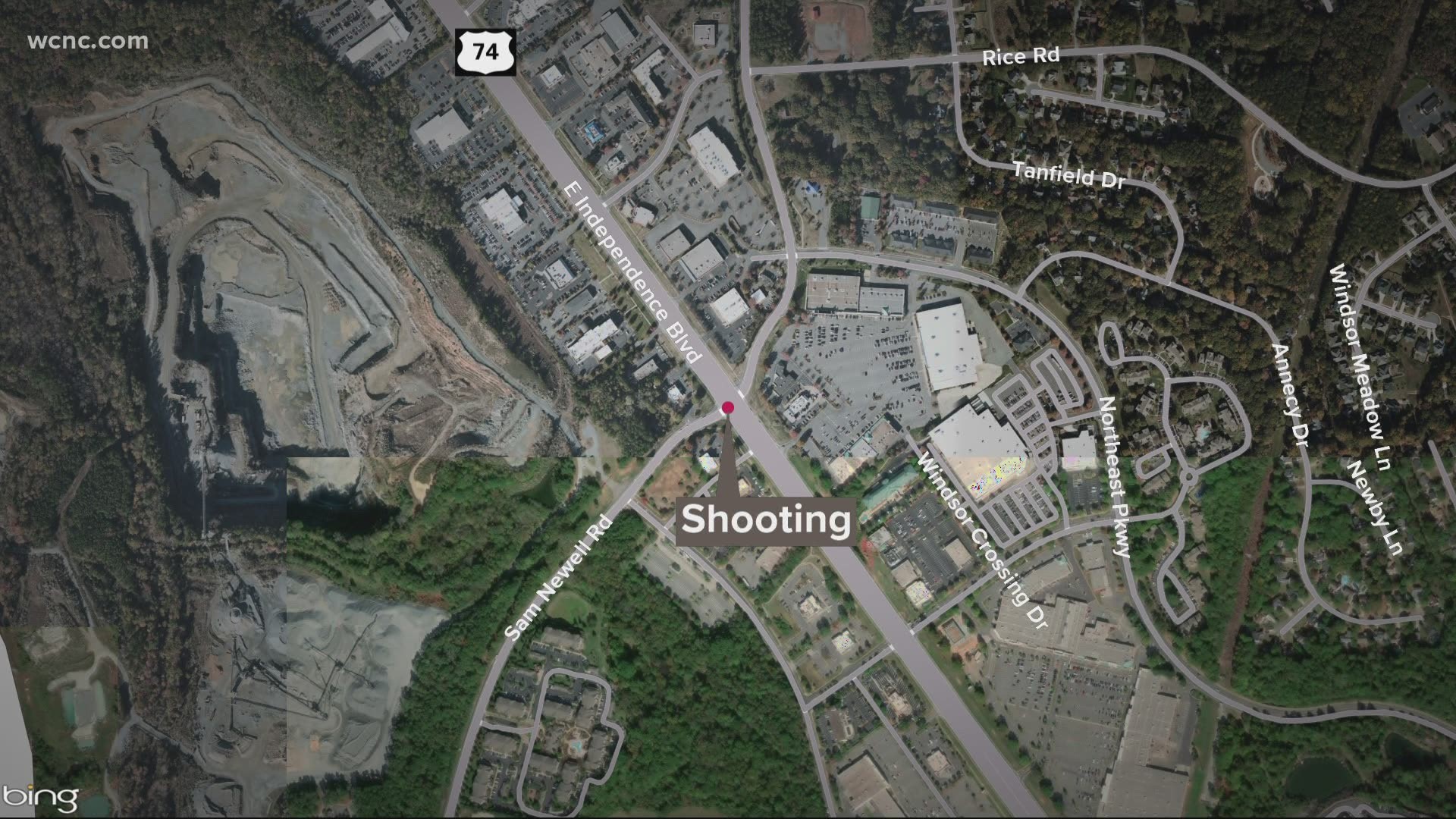 The Matthew Police Department said on Sunday around 3 a.m. officers responded to E. Independence Blvd. and Sam Newell Rd. in response of reports that someone had been shot.

Investigators believe the incident happened when the victims were in a vehicle traveling and stopped in the eastbound left turn lane of E. Independence Blvd. at Sam Newell Rd. waiting to turn southbound onto Sam Newell Rd. when an unknown suspect from a vehicle traveling westbound on E. Independence Blvd. fired multiple gunshots at the victim's vehicle as it went through the intersection.

Authorities believe the suspect was in a blue Chrysler.

This investigation is ongoing and believed to be an isolated incident.