A Thursday news briefing addressing the district's efforts came on the heels of a deadly shooting police say is tied to teens connected to three schools. 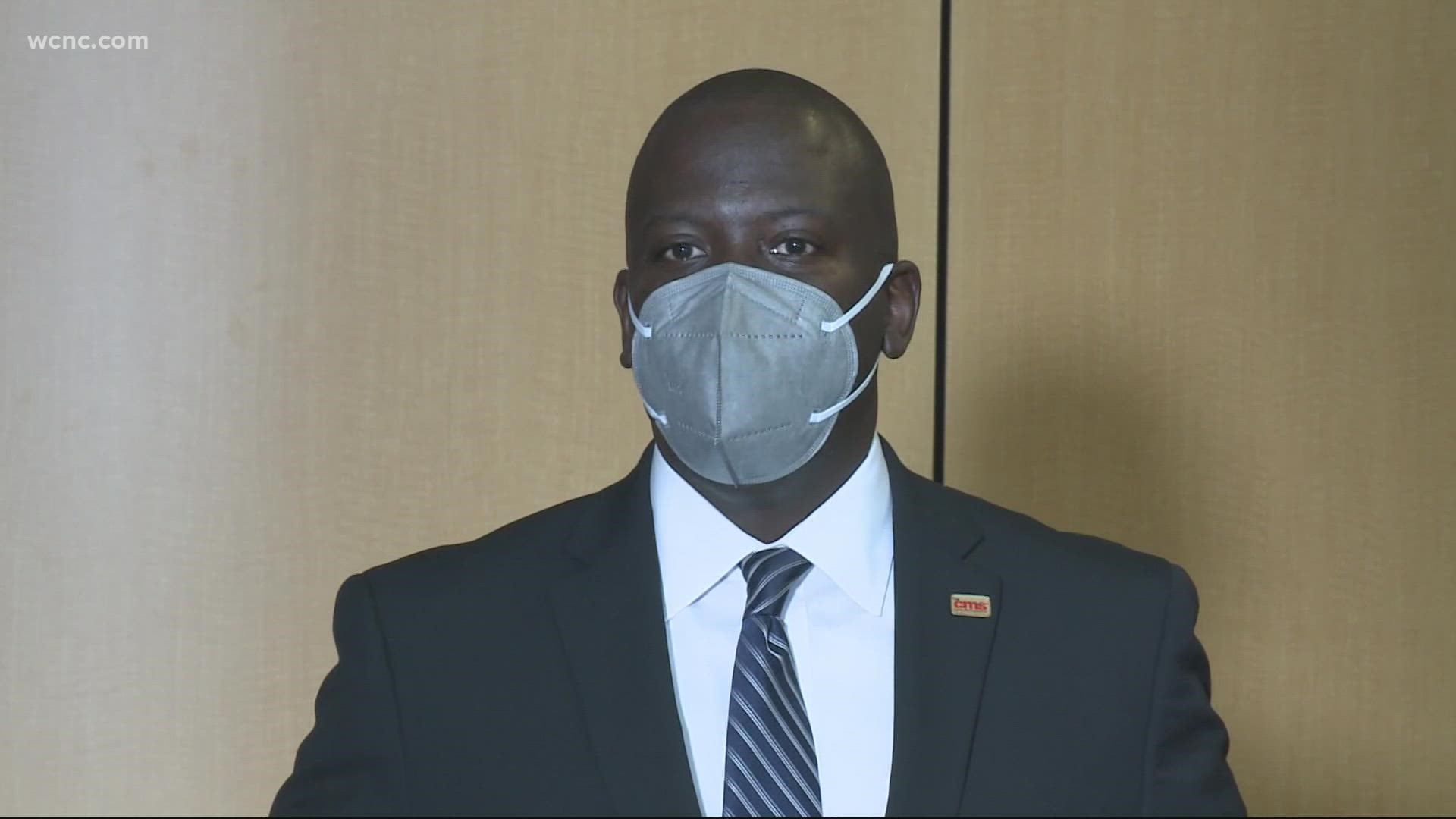 CHARLOTTE, N.C. — Charlotte-Mecklenburg Schools says they are putting in the work to keep students safe amidst a spike in gun-related violence, including a recent deadly drive-by shooting that police have tied to CMS students at three different high schools.

"There is a 3-year-old child who our staff will not have the chance to meet," Winston said.

An overnight shooting along Richard Rozzelle Drive in northwest Charlotte on Tuesday saw more than 150 shots fired into Figureoa's home, killing him and grazing his 4-year-old sister.

"I'm here enlisting the support of the community to help stop this violence, it has to stop," Winston said.

The district said they are aware of threats involving Julius L. Chambers, North Mecklenburg, West Mecklenburg and Hopewell high schools. Law enforcement is actively investigating and will have an increased presence on these campuses through the end of this week. The schools are continuing with learning as scheduled, and as a precaution are on a modified lockdown.

Winston said CMS was working with community organizations like the NAACP and the Alternatives to Violence program to try to curb violence at the root. He also noted some students had left class early Thursday, likely because of concerns around threats of violence swirling on social media. He urged parents to trust school administrators and speak up if they saw threats, but to not immediately trust rumors.

"Please understand that the information that they receive from social media and their friends may not always be accurate," Winston said.

When asked about the installation of metal detectors following the deadly shooting at Butler High School in 2018, Winston said he could not comment on specific security measures being installed at different campuses, but said he was working with CMPD and other law enforcement agencies.

Other organizations like Center 360 are also trying to reach CMS students at risk of going down the wrong path.

"We know that after school is when kids are idle parents may be at work," Center 360 local leader Keisha Hamilton said.

Center 360 works to empower middle school students at risk of disengaging from school by giving them personal and career development tools.

"It's easy to think we need to lock them up and put them away, 'Why would someone do that, they have no heart,' and all the negative things that can come about when you hear about young kids doing such violent behavior," Hamilton said. "A lot of the times it's helping them find -- there's love in there, but it's helping them find that."

Principals have indicated anecdotally that attendance was down Thursday.

Beyond the death of Asiah Figueroa, at least one of the high schools mentioned above has faced gunshots on school property; gunfire rang out toward the end of a football game at Chambers High School on Sept. 3. People rushed to clear the area and CMPD said they were trying to look for a specific car that had likely been involved.