How are teens getting guns in Charlotte? CMPD explains.

CMPD says there are simple ways you can help: lock up your guns and don’t leave them in your car. 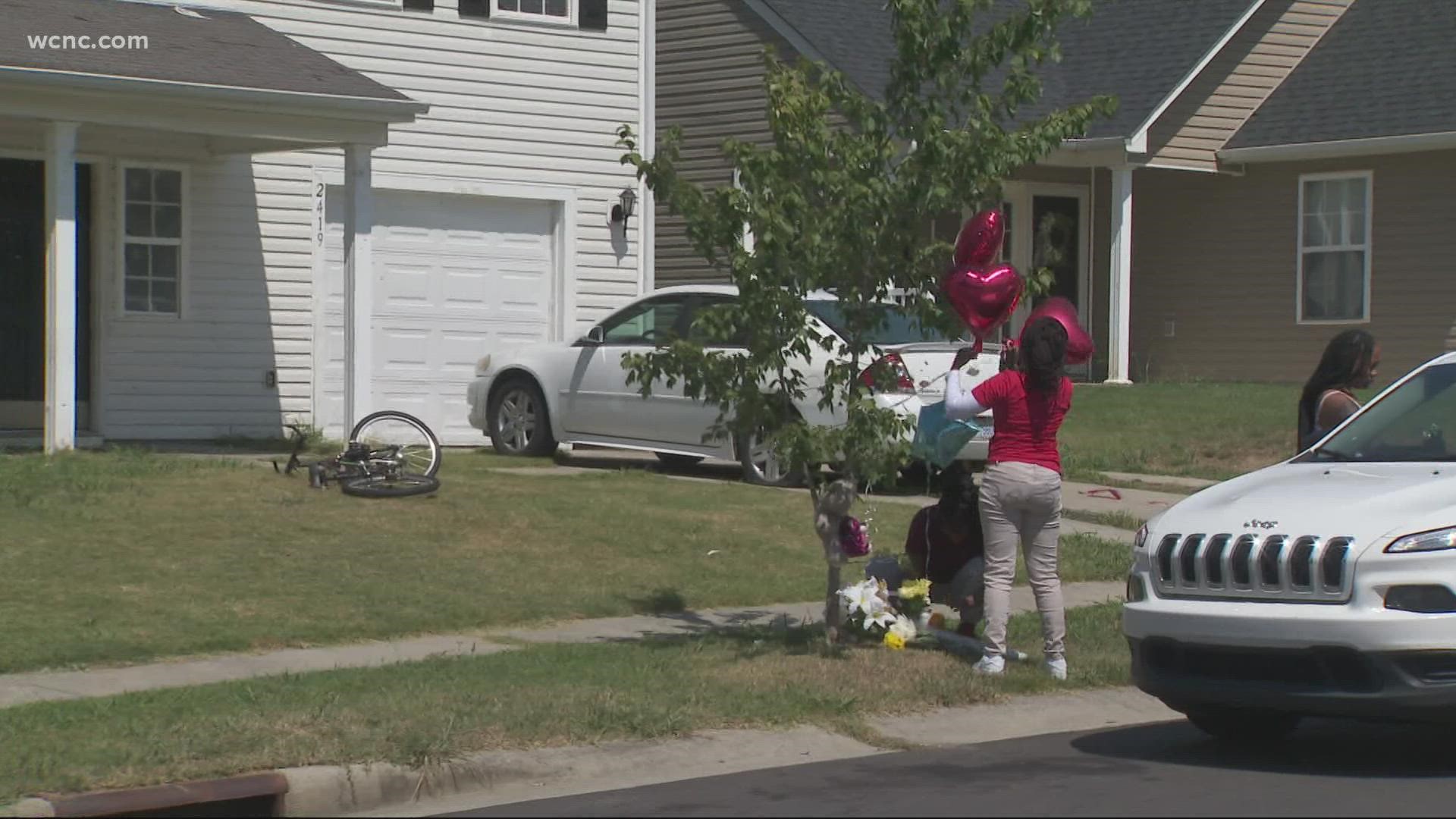 CHARLOTTE, N.C. — On Wednesday, the Charlotte-Mecklenburg Police Department announced investigators believe multiple teens were responsible for shooting nearly 150 bullets at a home on Tuesday night, killing a 3-year-old who was sleeping inside.

Police and the community are now seeking solutions to stop this violence among teens.

'Where are they getting the guns from?'

It's a conversation that was started Tuesday afternoon when community leaders gathered to address the case of a 14-year-old charged with a triple shooting that killed 16-year-old Jaylen Foster on Sunday.

“Where are they getting the guns from?” asked Belton Platt, the leader of the Alternatives to Violence program in Charlotte.

“For the most part, you have between 13 and 16-year-old boys out here as if they're in an old western,” Charlotte NAACP president Corine Mack said.

Mack said her team has found there are children even younger with guns in Charlotte.

“The youngest person we've heard of was 9 years old, and every one of our lives is in danger because of it," Mack said.

CMPD said teens are getting them from various places.

"We do have guns stolen out of cars, we have guns taken in house break-ins, and we have guns that come in from other areas," CMPD Captain Joel McNelly said.

CMPD says there are simple ways you can help: lock up your guns and don’t leave them in your car.

McNelly said this is crucial as kids are escalating what should be minor disputes.

“What started out as teenage dispute games has turned into a deadly game,” McNelly said.

CMPD announced along with Foster's case, there has been a string of shootings into homes since Sunday that they believe are all connected.

“All of these cases have some relation to Hopewell high school,” McNelly said.

McNelly said they also have some connections to North Mecklenburg High School and Chambers High School.

Beverly Knox-Davis with A Brighter Day Ministries said parents tend to know what kids are involved with crime and keep their kids away from them.

"There are plenty of parents that know who is doing what they're doing and they're fearful, they don’t dare say a word, Knox-Davis said.

McNelly said the department needs parents to speak up to solve this case.

Because CMPD named students from multiple Charlotte schools as possibly being related to recent violent crime, WCNC Charlotte asked Charlotte-Mecklenburg Schools if the district is concerned about student relations at these schools, if CMS will be doing any outreach efforts for students or parents, and if knowing students may be involved in these crimes influences their thoughts on bringing in outside organizations to help stop the violence.

Their full response is below:

Recent acts of violence involving and directed toward students assigned to attend Charlotte-Mecklenburg Schools indicate a significant problem in our community. These horrific acts are another terrible reminder of how disruptions in lives have caused pain for many families here, including for many CMS students. Violence resulting in death is a result of that pain.

What is happening can be described as nothing short of a community in crisis. The time is now for us to join together to help address the underlying causes of this violence while at the same time getting guns and violent offenders off the streets. We must do all we can to divert our youth before further incidents result in injury and death, and before they act in ways that derail their futures.

We have reinstituted random screenings in our schools to discourage students from bringing weapons to our facilities and to find weapons before they can cause injury. We are working with community organizations on intervention programs and soon will share specifics.

We encourage everyone to consider how you can contribute to a community that addresses pain and suffering and deescalates the current crisis.