Four people died and at least 10 others were injured when gunfire erupted at a Juneteenth celebration. 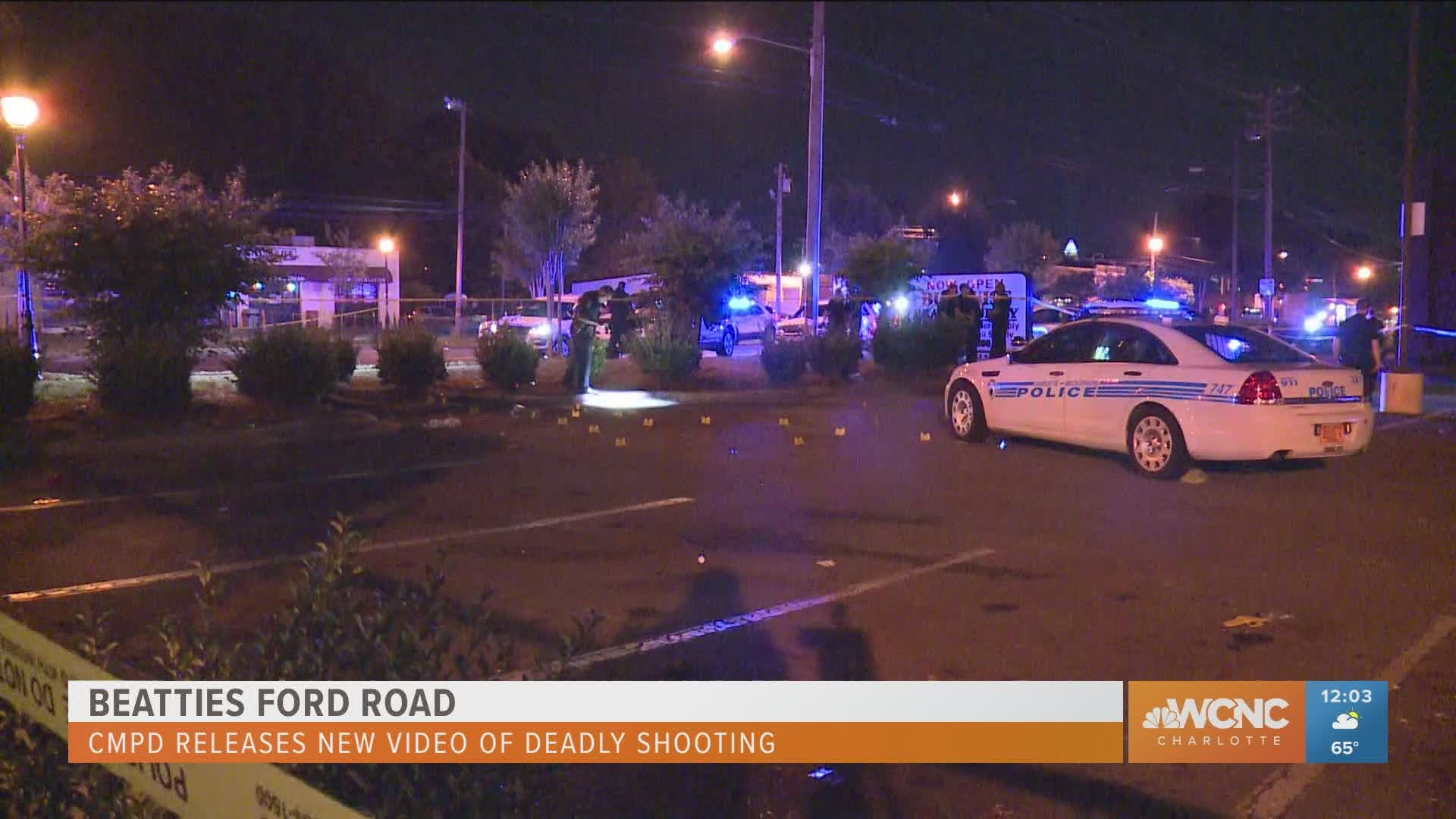 The shootout happened on June 22, the final night of a week's worth of celebrations for Juneteenth, the holiday that marks the emancipation of slaves in the United States of America.

CMPD detectives said over 180 shots were fired during the shootout, noting preliminary evidence indicated weapons of multiple calibers were used. Some of those guns have been linked by forensic evidence to other crimes committed in Charlotte.

In the video, dozens of shots are fired as people run for cover. Multiple people are seen in the video firing weapons out of the view of the camera Then, they get into a black SUV parked with the doors open. According to CMPD, the video came from a business on Catherine Simmons Avenue.

Detectives are offering a cash reward of up to $22,000 for information that leads to arrests in connection with this shooting.

"Unfortunately, we haven't gotten to the point where we need to ask the community for help, our leads have run out in this case," Lt. Bryan Crum said.

Despite thousands of hours of investigation, CMPD said the department still doesn't have enough information to identify and charge any of the people involved.

"Even with that effort, we've fallen short," Chief Johnny Jennings said. "I can assure you that we're going to move Heaven and Earth to get this case resolved."

CMPD detectives said they were able to link and recover 10 guns to that shooting but have not released any details about what led up to the shootout at the celebration.

@CMPD continues to work to solve these murders that occurred on 6/22/20. If you know anyone in this video, please contact @CLTCrimeStopper at 704-334-1600 or P3Tips App. Anyone who provides information that leads to an arrest could be eligible for a cash reward of up to $22,000. pic.twitter.com/wOBtnlRfQP

CMPD Deputy Chief Gerald Smith said a report of a woman being hit by a car on La Salle Street prompted their initial response to the area. That's when gunfire erupted, turning the celebration into chaos.

"I heard about 60 or 70 shots, sounded like," one witness recalled. "People were running everywhere. Cars were leaving. It's just sad someone took something ... that was supposed to be an event and turned it into a massacre, a nightmare for families. People lost their loved ones. People [are] out here in the streets dead. Charlotte's better than this."

Shortly after the incident, Smith said it appeared the shooting was random, and the shooters weren't targeting any person in particular.

No arrests have been made in connection with the shootout. Anyone with information about the incident or any other crime in Charlotte is asked to call CMPD's Crime Stoppers line at 704-334-1600. They may also call 704-432-TIPS and speak directly with homicide detectives.

RELATED: “I could have died" | A mass shooting survivor’s story