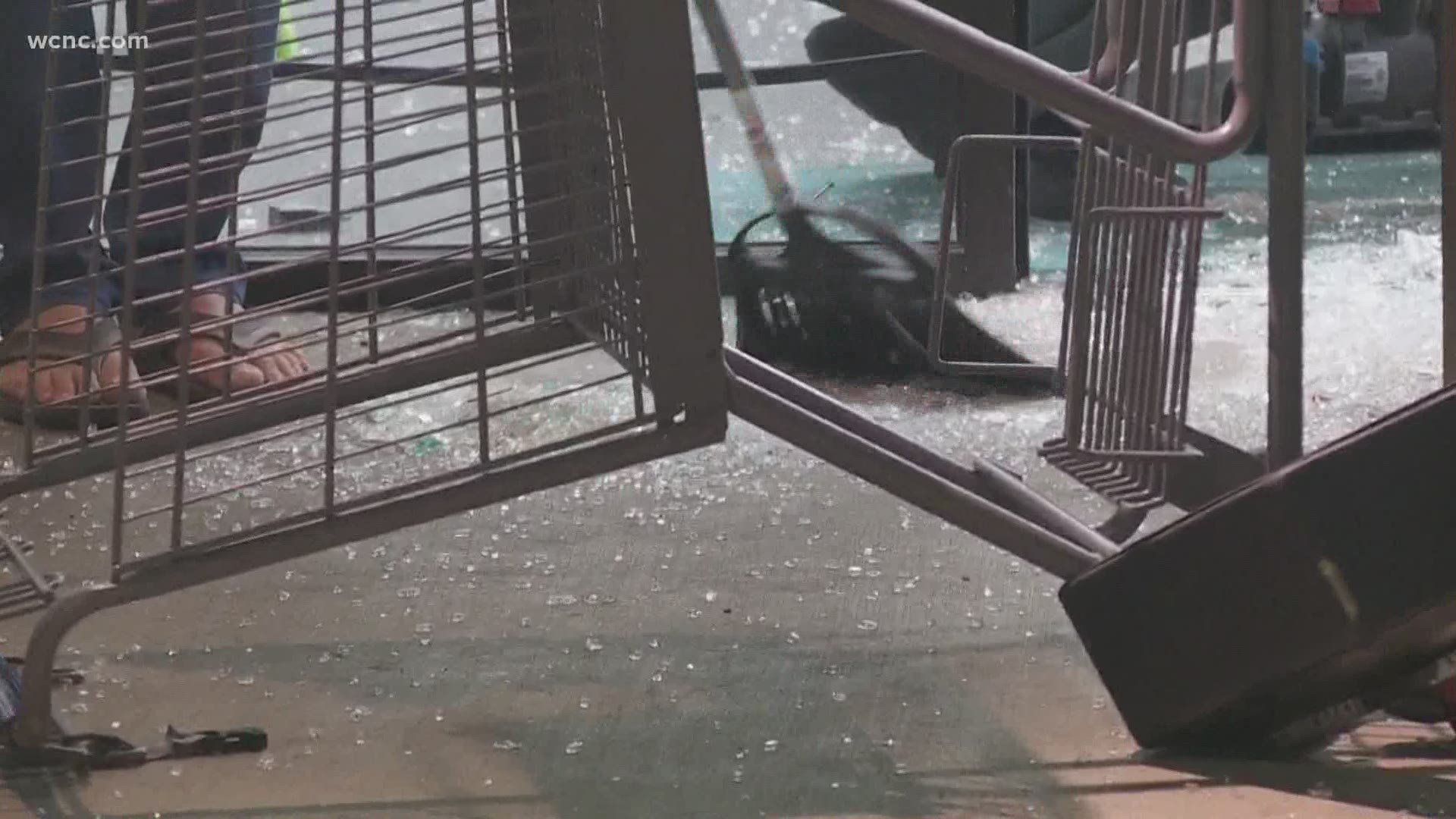 CHARLOTTE, N.C. — Three CMPD officers were injured and 15 arrests were made after a protest in Charlotte Friday night lead to a riot and looting.

Protests in Charlotte Friday night over the death of George Floyd in Minneapolis police custody turned violent. The gathering had begun at 6:30 p.m. outside CMPD's metro division headquarters on Beatties Ford Road.

Shortly after 9 p.m., the Charlotte Mecklenburg Police Department deemed the gathering "unlawful" and had ordered the demonstrators to disperse.

Friday at 11:20 p.m., officers responded the Food Lion located at 2123 Beatties Ford Road.  They arrived and found protestors had broken the windows to several businesses and unlawfully entered and stole merchandise.

While CMPD officers were at the grocery store, a firearm was discharged by one of the rioters. Officers did not shoot back and deescalated the encounter throught less-lethal means.

As a result of their immediate investigation, Lavar Sprinkle was identified as a suspect and was arrested.

In addition to the community businesses damaged, a police bicycle and multiple police vehicles were damaged as a result of the protest.

Prior to the arrests, police said each person was given multiple orders to disperse.  These orders were given in painstaking efforts to protect lives and property.

CMPD released on twitter a series of statements expressing the safety concerns of their officers and what went on last night. CMPD said officers used "less-lethal riot control agents" in order to disperse the crowd, and ended up arresting 15 people.

Three CMPD officers were injured — as of 2 p.m. Saturday, two had been treated and released and a third was recovering with minor injuries.

"The community’s voice is important to the CMPD, and we will always work to safeguard and facilitate peaceful and lawful protests that do not injure our officers, threaten the safety of the community they serve and lead to the destruction of property," CMPD said in a tweet.

RELATED: Charlotte Mayor Vi Lyles recalls the time her son was arrested "because he had dreadlocks"