CMPD: Woman groped outside the Epicentre while on her way to the light rail

The Charlotte Mecklenburg Police Department is investigating a sexual battery case outside the Epicentre. 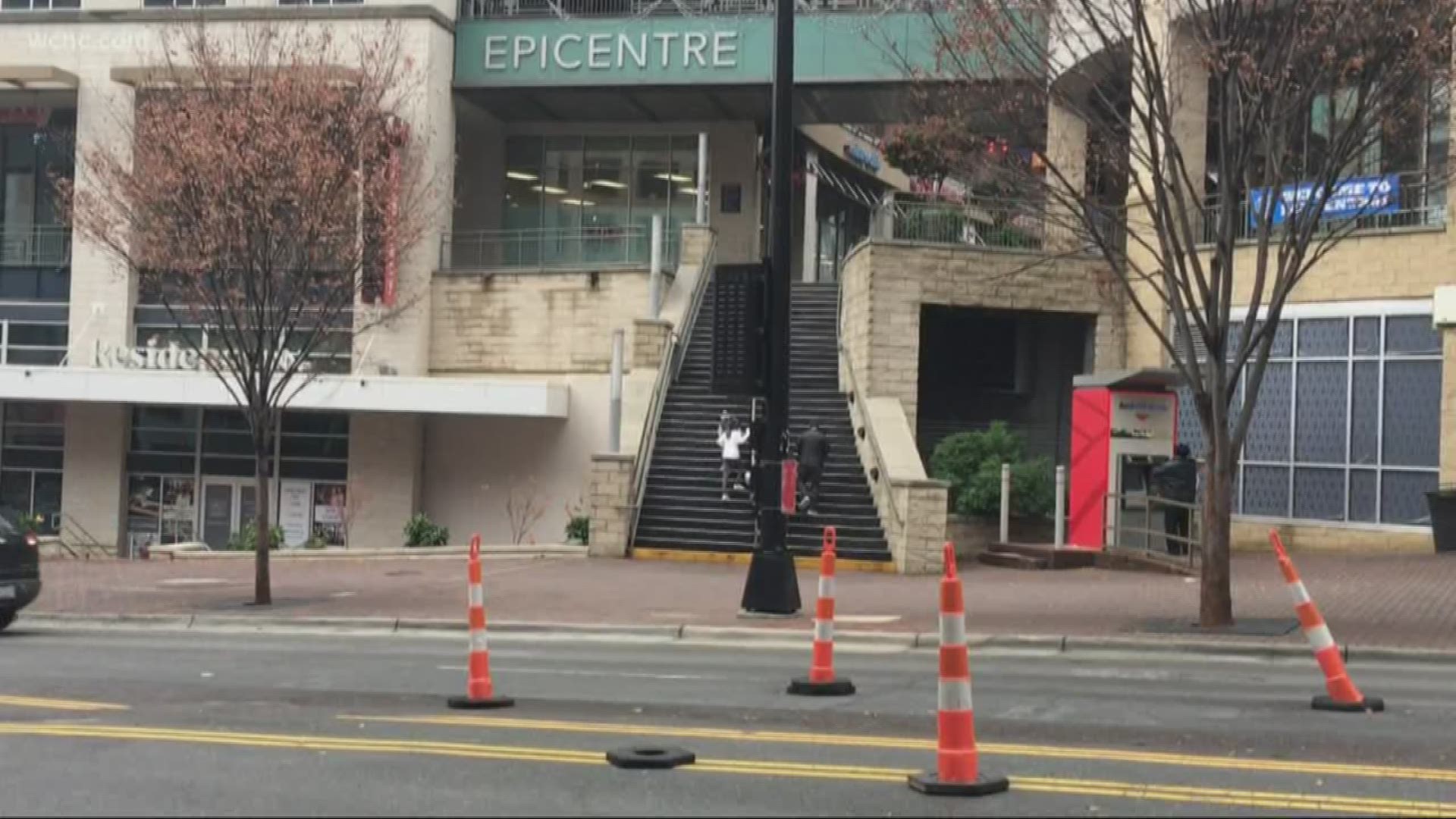 CHARLOTTE, N.C. — The Charlotte Mecklenburg Police Department is investigating a sexual battery case outside the Epicentre.

It happened just before 11 p.m. on Thursday on East Trade Street.  Investigators say a 28-year-old woman was walking when a man grabbed her crotch.  It’s just the latest in a string of crimes taking place outside the Charlotte hotspot.  Within the past few months, there’s been a deadly officer-involved shooting and a doctor killed by a stray bullet; both cases happened outside the Epicentre.

Police say the victim was walking alone at the time on her way to the light rail, when the man approached her and then groped her, in what was possibly a crime of opportunity.

Police are now investigating the case as a sexual battery.  It’s just the latest in a string of crimes near the Epicentre.   NBC Charlotte checked CMPD crime mapping and found 144 crimes within a half-mile of the Epicentre in the past month. That includes two robberies and 22 assaults; four of them aggravated assaults.

“It’s especially bad it’s happening in Charlotte, but you have to keep in mind, we are in Charlotte, it’s a growing city,” the resident said.

Thankfully, the victim was not hurt in the latest case and she was able to call the police.  Some say there’s no easy solution to the ongoing crime issues, but residents hope to see improvement in the area whatever it takes.

“Society becomes better, that’s all you can ask for sometimes,” a resident said.

The victim was only able to provide a vague description of the suspect.  At this point, no arrests have been made.