Two Lincolnton men have been charged with first-degree murder in the shooting death of Alan Dale Johnson in Gastonia on Memorial Day. 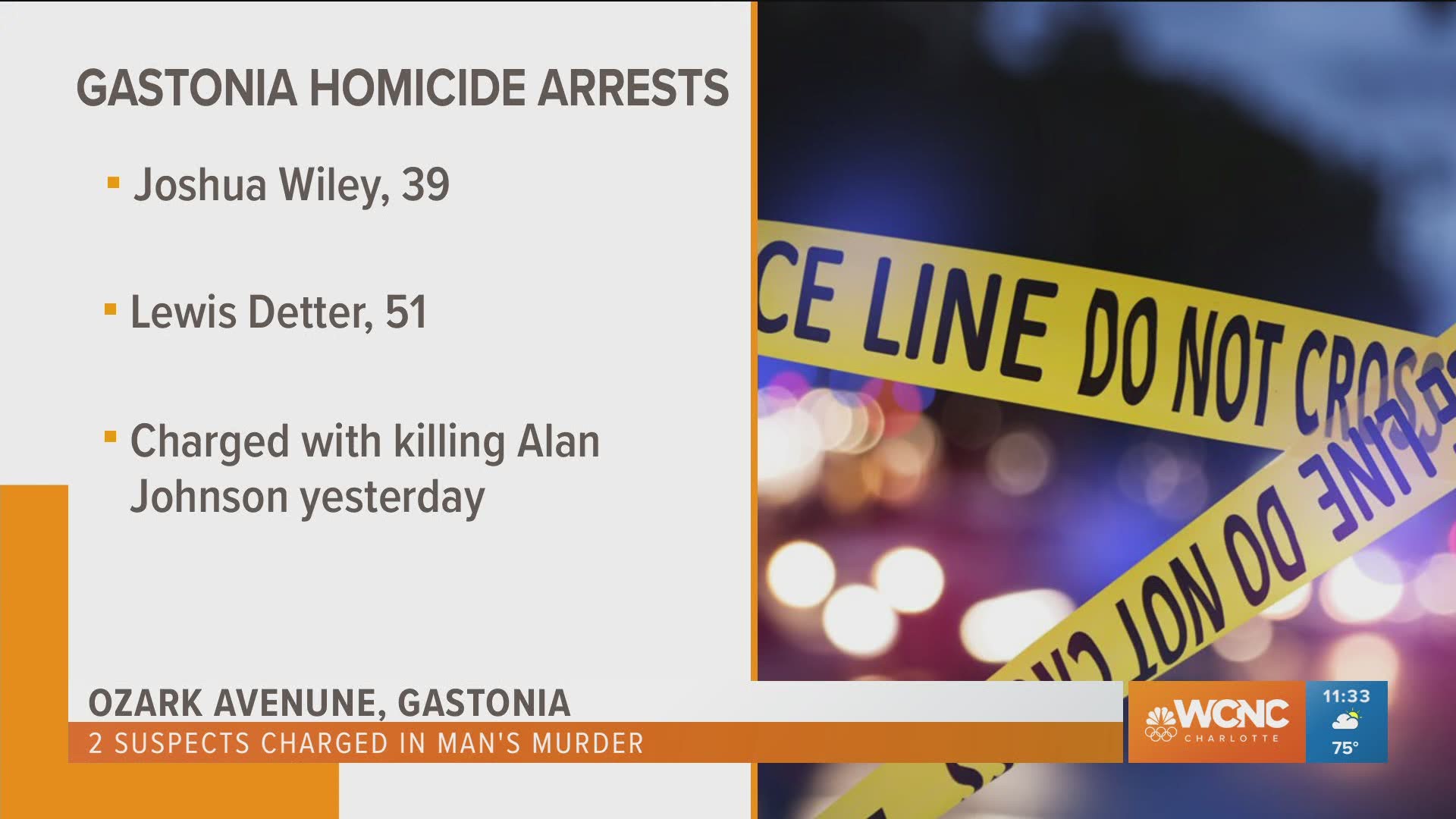 GASTONIA, N.C. — Two people have been charged in connection with the death of a Gastonia man on Monday, police announced.

According to the Gastonia Police Department, Joshua Cabe Wiley, 39, and Christopher Detter, 51, both of Lincolnton, were charged with first-degree murder in the shooting death of 37-year-old Alan Dale Johnson.

Investigators said Johnson was found shot to death in a vehicle parked in an empty lot on East Ozark Avenue in Gastonia Monday.

No further details have been provided. It's unclear if the suspects and victim knew each other. For the latest breaking news, weather and traffic information, download the WCNC Charlotte mobile app.

RELATED: A man is accused of killing another man in Gastonia. Police say the victim was found in the Steele Creek area