The man was found in west Charlotte on March 22. 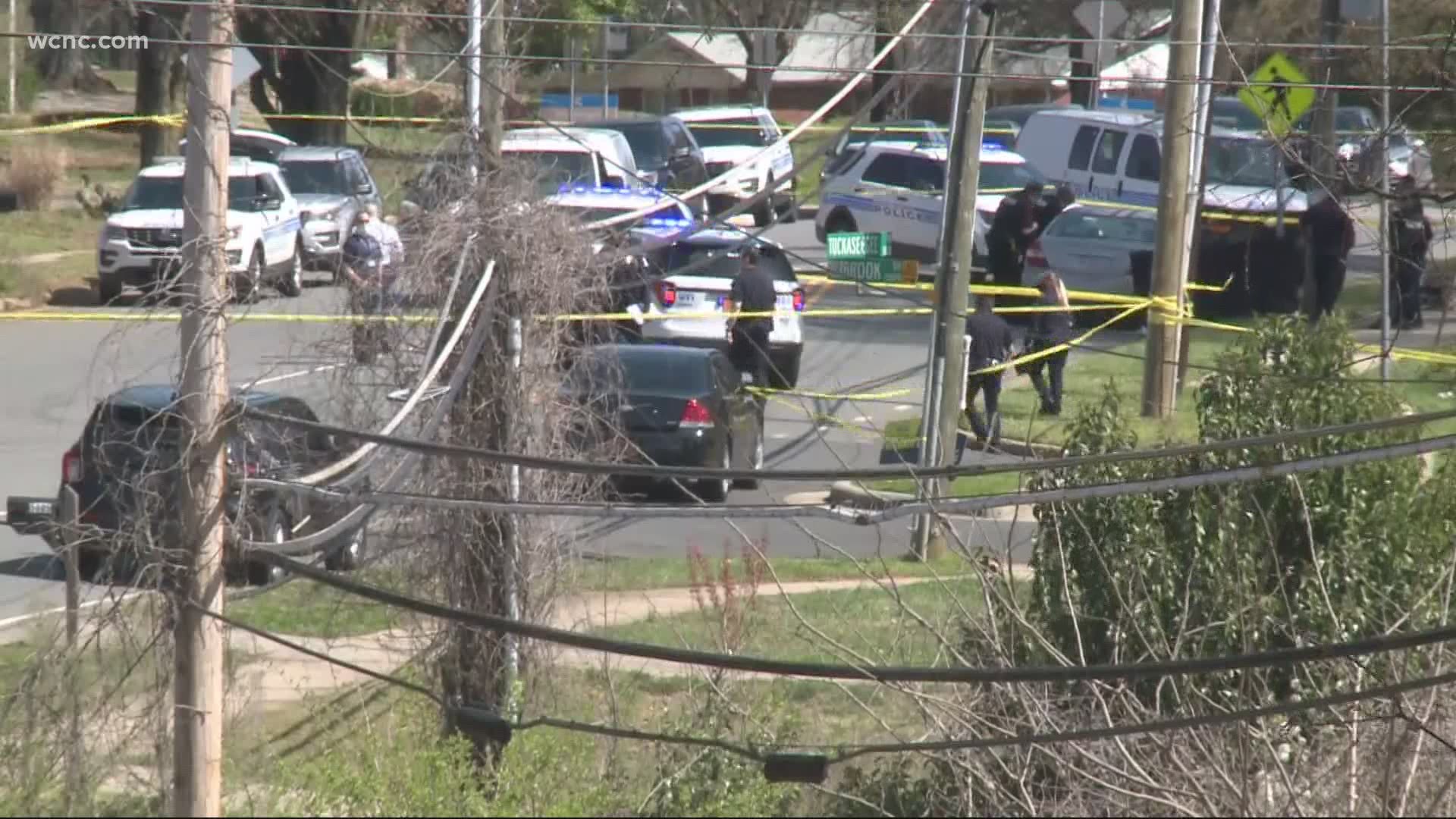 CHARLOTTE, N.C. — Two people have been arrested, and one person has died, after a shooting in west Charlotte on March 22, according to the Charlotte-Mecklenburg Police Department confirmed.

Around 1 p.m., CMPD officers and a Medic ambulance responded to a reported shooting near the 4900 block of Arborwood Drive, which is located across the street from the Tuckaseegee Park and Recreation Center on Tuckaseegee Road.

Officers found a vehicle on the side of the road, and a person who had died was inside the vehicle. Paramedics pronounced the person, later identified as 26-year-old William Darrell Perry, dead at the scene.

As a result, the apartment complex nearby was temporarily secured during the initial investigation but has since reopened.

CMPD is investigating a homicide off Tuckaseegee Road. It appears most of the police activity is centered around the Nova Ridge Apartment Homes. These are across the street from the Tuckaseegee Park and Recreation Center. pic.twitter.com/NUrsDhsQod

After speaking with witnesses at the scene, CMPD determined there could be a person of interest in a nearby apartment. After securing the area, the CMPD SWAT team assisted in the search. The possible suspect was no longer believed to be in the area, so police deemed the area to be safe.

Detectives are interviewing multiple witnesses, and confirm no one is in custody at this time.

On April 2, CMPD announced they had charged two individuals in connection with the case.

The public can also leave information anonymously by contacting Crime Stoppers at 704-334-1600 or http://charlottecrimestoppers.com/.

Currently on scene with our @CMPD officers as a homicide investigation in the Freedom Division is underway. #clt #cmpd #cltnews pic.twitter.com/dE11e7zpFl