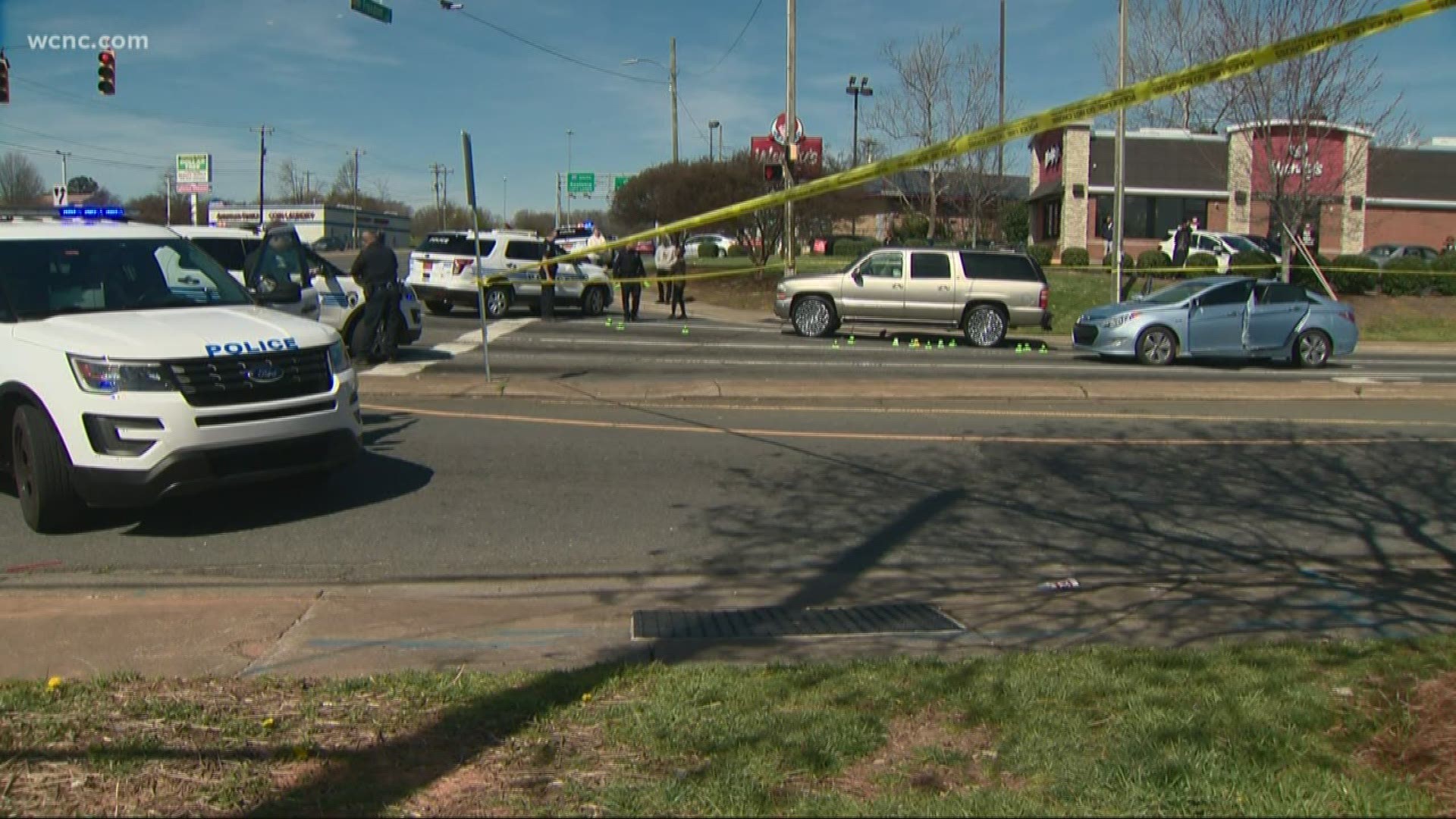 CHARLOTTE, N.C. — Detectives with the Charlotte-Mecklenburg Police Department are investigating a shooting that happened at the intersection of Tuckaseegee Road and Freedom Drive Sunday.

Officers first responded to the scene around 11:30 a.m. for an assault with a deadly weapon report. When they arrived, they found Brianna Stephenson, 19, who had been shot. Shortly after, they found Jaquavious Royster, 18, who was also injured

Medic took both to the hospital. Police say Stephenson has died from injuries she sustained during the shooting. This is now a homicide investigation, CMPD reports.

Police believe the two were inside a Hyundai Sonata and were stopped at the intersection when unknown suspect(s) in a separate vehicle shot at them, then fled the scene.

Detectives are currently investigating the case. At this time, no suspect information has been released. Officers are asking for the public's help to identify the suspects and suspect's vehicle involved in the shooting.

Anyone with information about this incident is asked to call 704-432-TIPS and speak directly to a detective or contact Crime Stoppers at 704-334-1600 or http://charlottecrimestoppers.com/.