The search for a gunman continues after a deadly shooting at Sleep Inn Hotel near Carowinds Boulevard. 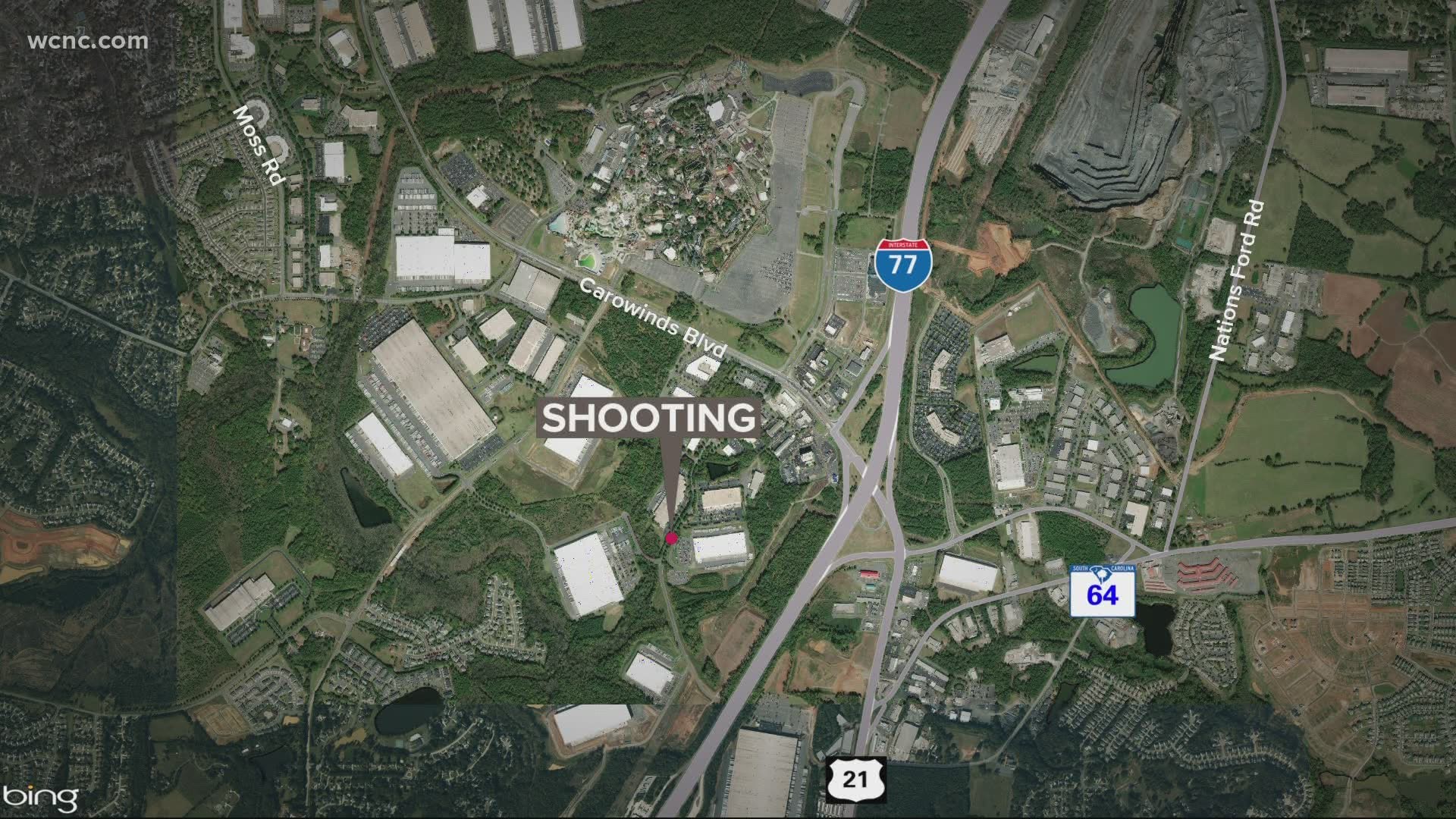 FORT MILL, S.C. — One person has died after a shooting at the Sleep Inn Hotel in Fort Mill near Carowinds Blvd., the York County Sheriff's Office confirmed via Twitter Wednesday afternoon.

According to deputies, a suspect was located and taken into custody Wednesday evening in Iredell County, North Carolina.

The shooting happened at the hotel, which is located on Lakemont Blvd. across from the theme park entrance.

UPDATE: YCSO Detectives are currently investigating the shooting death of one person at the Sleep Inn Hotel on Lakemont Blvd. A suspect described as a Black male wearing a grey hoodie & black jeans was seen leaving the area. #YCSONews pic.twitter.com/wTI3OVXV34

The victim was identified as 17-year-old Joshua Richardson-Ros.