"It was a traumatizing event," Amy Blanchett said. "We were just praying we all make it out." 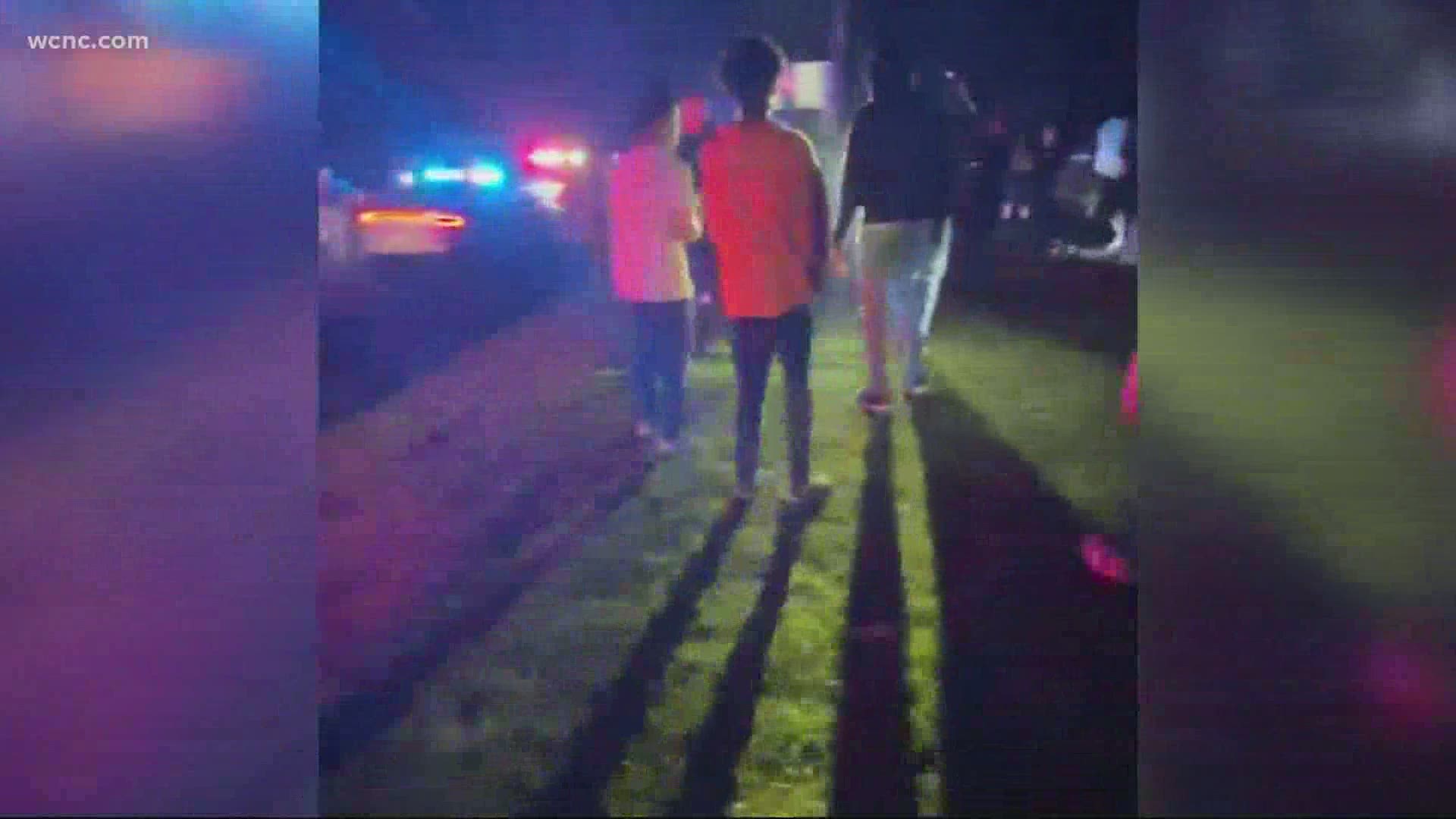 ROWAN COUNTY, N.C. — Shots were fired and multiple fights broke out at a Rowan County haunted house Saturday night according to the Rowan County Sheriff's Office. It happened at Reaper's Realm Haunted House and Trail on Daugherty Road in China Grove.

RCSO Deputies responded around 8:30 p.m. Saturday and found over 1,000 people at the Reaper's Realm venue. The crowd had people from across the region, including visitors from the Charlotte area and out of state.

Multiple fights had to be broken up and shots were fired by people at the event, according to RCSO. Law enforcement at the scene used pepper spray on people who refused to cooperate with dispersal orders, deputies said.

One person was injured after shots were fired at Reaper’s Realm Haunted House in Rowan County. I received this video from a man who was there. Full story after football @wcnc pic.twitter.com/13hguZeBGC

A silver Dodge Ram fled the scene, RCSO said. The people inside the vehicle are believed to have fired a number of shots. RCSO used two Detention Center transport vans to help take children from Reaper's Realm and the surrounding area to a nearby Walgreens for parents to pick up their children.

'I woke up this morning crying' | Witness reflects on shooting

RCSO Detectives interviewed multiple witnesses and collected evidence from the scene. One mother who was there told WCNC the incident shook her.

"It was a traumatizing event," Amy Blanchett said. "We were just praying we all make it out."

Blanchett, her kids, and their friends were enjoying the haunted house before the chaos happened. The incident is still fresh in her mind.

"I woke up this morning crying, throwing up, you know all day I've been emotional just thankful we survived the situation,” Blanchett said.  "It makes me not want to go anywhere else with my children, it's not safe anymore." 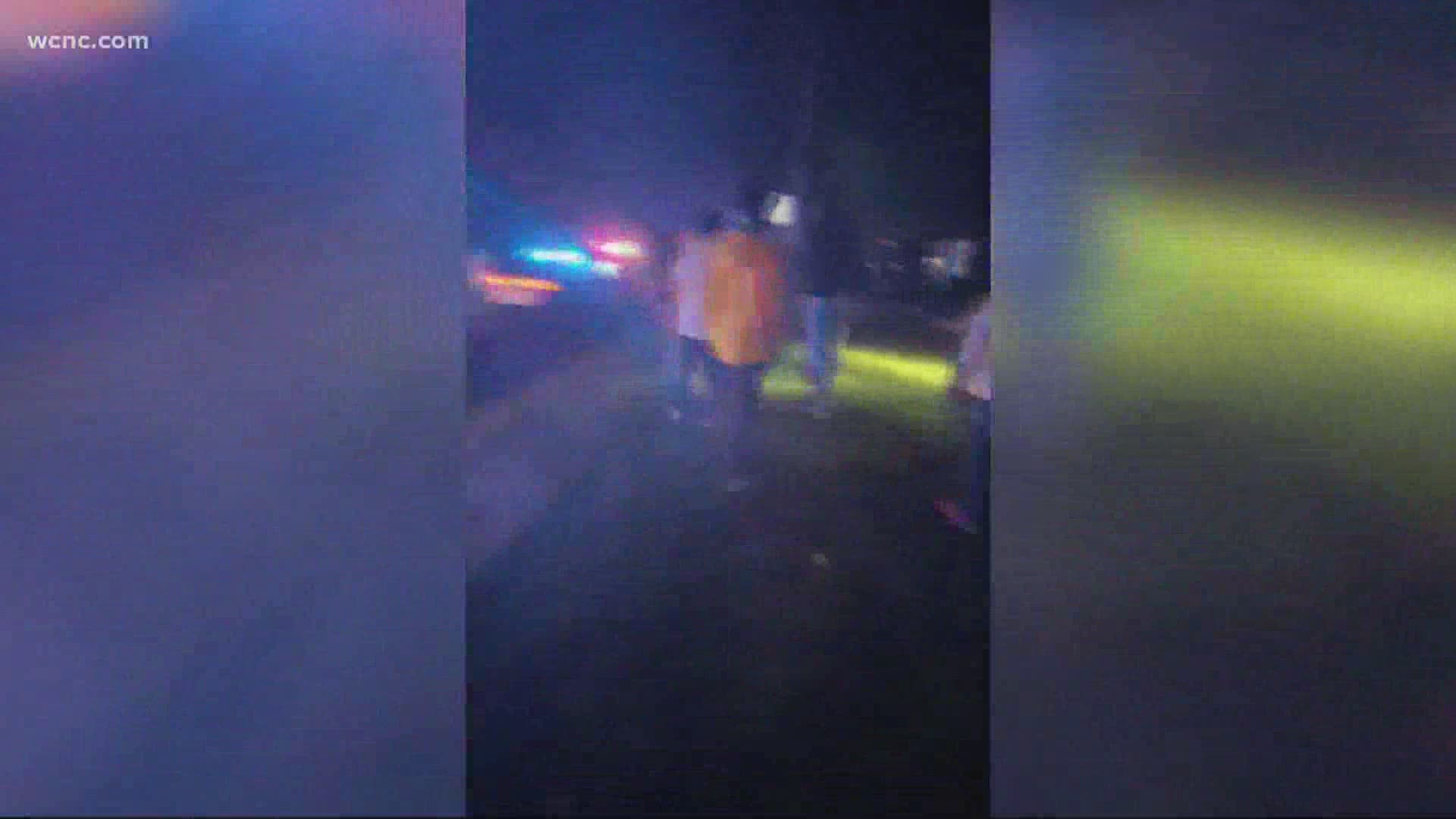 Other than the safety threat posed by gunshots, there are questions of if coronavirus protocols were being followed.

The Sheriff’s Office is still investigating whether the business violated the state's executive order on crowd size. Under Phase 2.5, 50 people are allowed at an outdoor gathering in the state.

The guidance set by the North Carolina Department of Health and Human Services for fall-related events says outdoor haunted trails cannot allow more than 50 people to group together at once.

They're also supposed to ensure people who don't know each other are staying at least six feet apart.

The Division Chief with Emergency Services in the county told WCNC Charlotte they will be keeping an eye on other fall activities to ensure they are following the coronavirus safety guidelines.

Deputies said one person from the Charlotte area later showed up at Atrium Health’s Carolinas Medical Center with a gunshot wound to his foot. He said he was initially unaware that he had been shot until he had left the Reaper’s Realm.

He told officials he must have suffered the wound as he was running away from the attraction. He has since been released after receiving medical care.

Five juveniles were taken into custody, according to RCSO, and three handguns were seized from the scene. The parents of those juveniles have been contacted, and all will be charged in connection to the case.

RCSO was assisted by several area agencies, including fire departments that helped with traffic and EMS that treated anyone injured during the fights that broke out.

Reaper's Realm released a statement about the incident and investigation:

"On September 26, Reaper’s Realm was marred by a shooting outside our facility and in our upper parking lot. This was between two groups of Charlotte teens in separate vehicles. We had four Rowan County Deputies on paid staff, running a metal-detecting wand over all persons entering the haunted house attraction and the rest patrolling the parking lots and the remainder of the facility. None of these individuals actually entered the attraction.

We express our appreciation to the RCSO deputies on duty who engaged the shooters, stopped one vehicle and made arrests. They performed at the highest standards that could possibly be expected.

Reaper’s Realm, LLC is a family-owned concern that has been operating this attraction for over ten years. Last night was the first call for EMS or police ever placed. Our next operating date is October 2 and we are in negotiations to provide even more security for continued operations. Patrons are reminded that parking on neighboring private parking could result in your vehicle being towed by the owners."

Anyone with information about this shooting incident is asked to call Salisbury-Rowan Crime Stoppers at 1-866-639-5245.