Timeline: Series of shootings leading up to the killing of a 3-year-old

Multiple shootings occurred in northwest Charlotte over the past few days. CMPD believes they are connected. 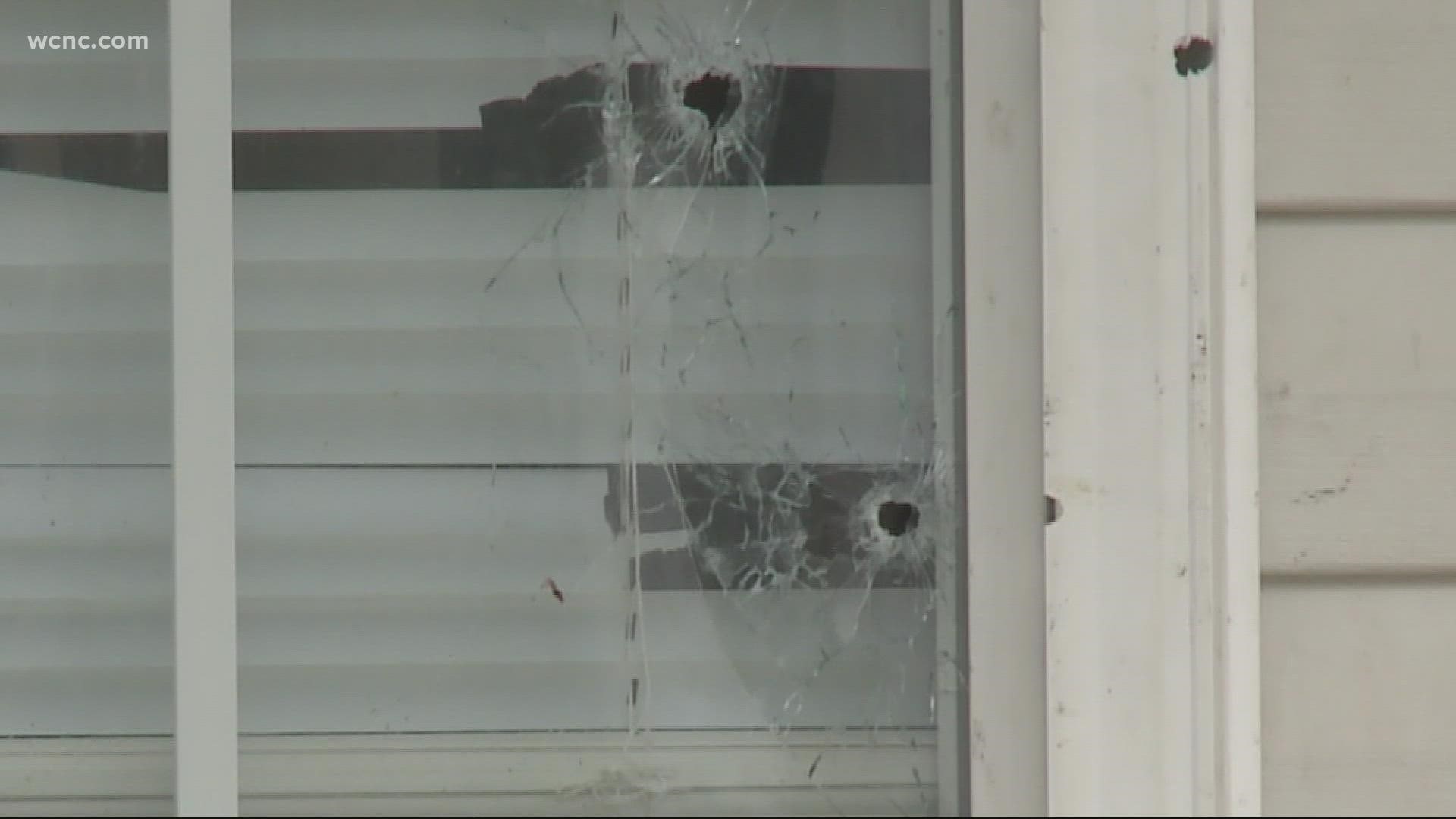 CHARLOTTE, N.C. — Following the death of a 3-year-old boy in a drive-by shooting late Tuesday, police have reason to believe a series of recent shootings are connected.

CMPD confirmed 16-year-old Jaylen Xavier Foster was found dead in the 9700 block of Trinity Road. Two others were transported to area hospitals for treatment of injuries.

The next day, police announced a 14-year-old juvenile was arrested in connection with this case. The teen was charged with murder, attempted murder, assault with a deadly weapon inflicting serious injury, possession of a firearm by a minor, and possession of a stolen motor vehicle.

The suspect was not identified because of his age.

The night before 3-year-old Asiah Figueroa was shot and killed inside his home on Richard Rozelle Drive, there were several drive-by shootings along neighboring streets. All of the shootings occurred within a quarter-mile of each other.

No one was injured in these shootings.

Shortly before midnight the following evening, Asiah Figueroa, 3, was killed when 150 shots were fired towards his home on Richard Rozzelle Dr., a street located within the same neighborhood.

"All of these cases have some relation to Hopewell High School. And we also believe some connections to North Mecklenburg High School and Chambers, formerly Vance, High School as well," CMPD Captin Joel McNally said Wednesday. "Because of the condensed timeframe of these incidents over a few days, and all happening in the same part of town... our investigation has led us to believe that this is related to high school students.

Investigators said they have previously seen incidents where guns had been stolen out of cars, taken during home burglaries, and brought in from other areas.

McNally encouraged gun owners to lock their emptied guns away in hidden safes.

PLEASE SHARE: If you know anything about the violent shooting that killed a 3-year-old boy in northwest Charlotte, please call Crime Stoppers at 704-432-TIPS.
THE LATEST: https://t.co/rEzeyDLvyo pic.twitter.com/1nQtGArdJM