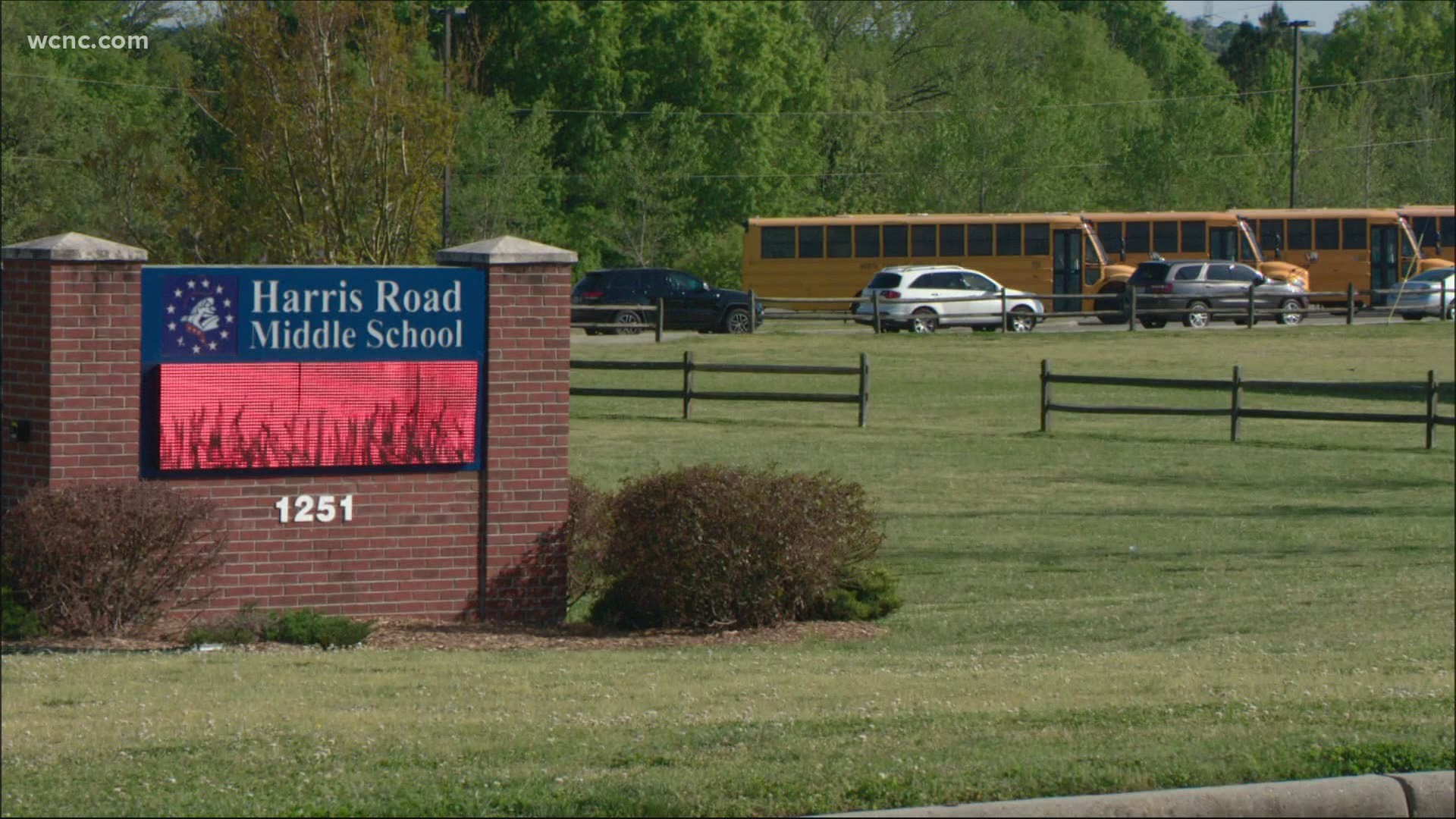 CABARRUS COUNTY, N.C. — The Cabarrus County Schools Board of Education decided at a meeting Monday evening to table a plan that would change where more than 1,400 middle school students attend class.

The district has been redrawing attendance boundaries for the opening of a new middle school along Roberta Road that's set to open in August of 2022. A vote was expected during Monday's meeting, but after an outcry from parents upset over the decision, the board of education has decided to table it until May.

Parents have been organized in their efforts for months, even creating a new plan themselves: the green plus plan.

The plan created by parents would fix feeder paths to middle and high schools, and takes future growth into consideration, parents said.

They are upset by the proposed reassignment plan put forth by school officials because their children would be plucked from their local neighborhood school and sent across town.

"It doesn't make sense now to take kids who live right down the street from one school and move them away to another school that's twice the distance," said Carrie Alexander, a parent in the district.

However, the superintendent said there are several problems with the green plus plan.

He and staff have been working to get a realignment plan passed.

Board members said in the time before they discuss the plan again, they want more information on a potential solution that would work better for all.

#NEW: Cabarrus Co. School Board has tabled their realignment of middle schoolers. They will bring it up again in May. They want more information to work on a better solution after an outcry from parents. @wcnc

At a meeting last week, a number of parents spoke out against the proposed realignment that would force some families to commute across Interstate 85 to the new school.

Other parents against the realignment argued the change would have a negative impact on students by separating them from friends they've had since kindergarten.