Elise Houston started a GoFundMe, asking for donations to provide headphones to students in west Charlotte. 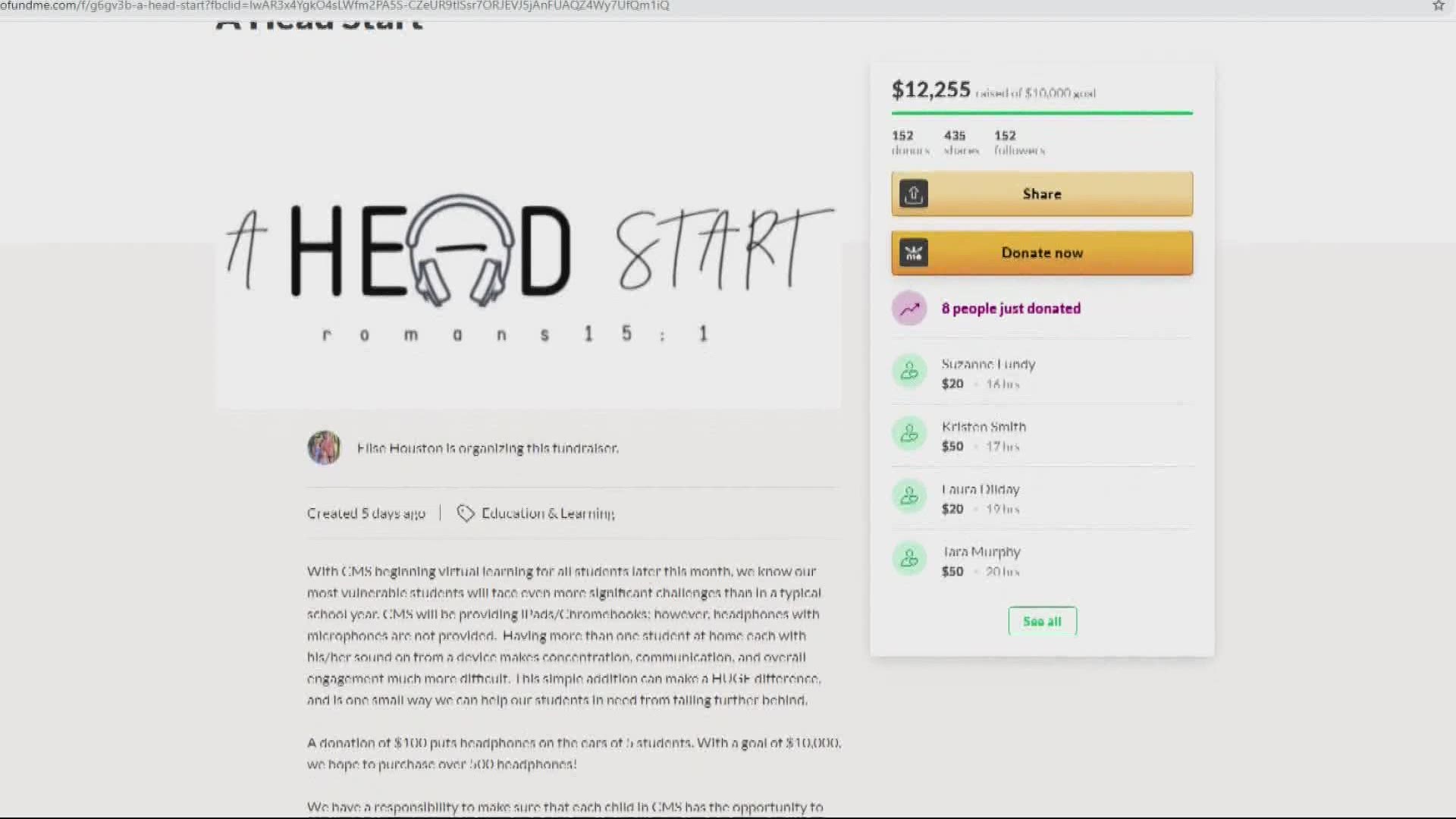 CHARLOTTE, N.C. — A Charlotte woman is on a mission to make sure students are geared up for virtual learning this school year.

CMS students start back to class one week from Monday and the district is reopening under Plan C— or all remote learning.

This means students will be using technology to complete assignments. It's certain that the classroom and the way students learn will be different.

"It's kind of like we're making lemonade out of COVID-19 virtual learning lemons," said Elise Houston, a former teacher herself.

Houston started a GoFundMe, asking for donations to provide headphones to students in west Charlotte.

The idea came from some of her friends who are teachers.

As students learn on their Chromebooks or laptops, Houston heard it can be distracting if more than one student is at home with the sound on from their device, making it harder to concentrate, communicate and engage.

Headphones are a quick fix.

Houston said the racial injustice movement inspired her to put words into action. This fundraiser is aimed at helping the most vulnerable students.

"It was just so cool to see a lot of people stand up and say something, but it was one of those things where you can't just say something without doing something," Houston said.

In five days, she's already surpassed her goal of raising more than $12,000.

Meaning a lot more students will have an extra tool for virtual learning to start this different kind of school year off right.

"If that's one small thing that could help just a little bit, then it's worth rallying a cause for," Houston said.

She hopes this inspires others to do the same for other schools in the area.