An email sent out to CMS staff on Wednesday said the decision was made due to continued limitations on social gatherings. 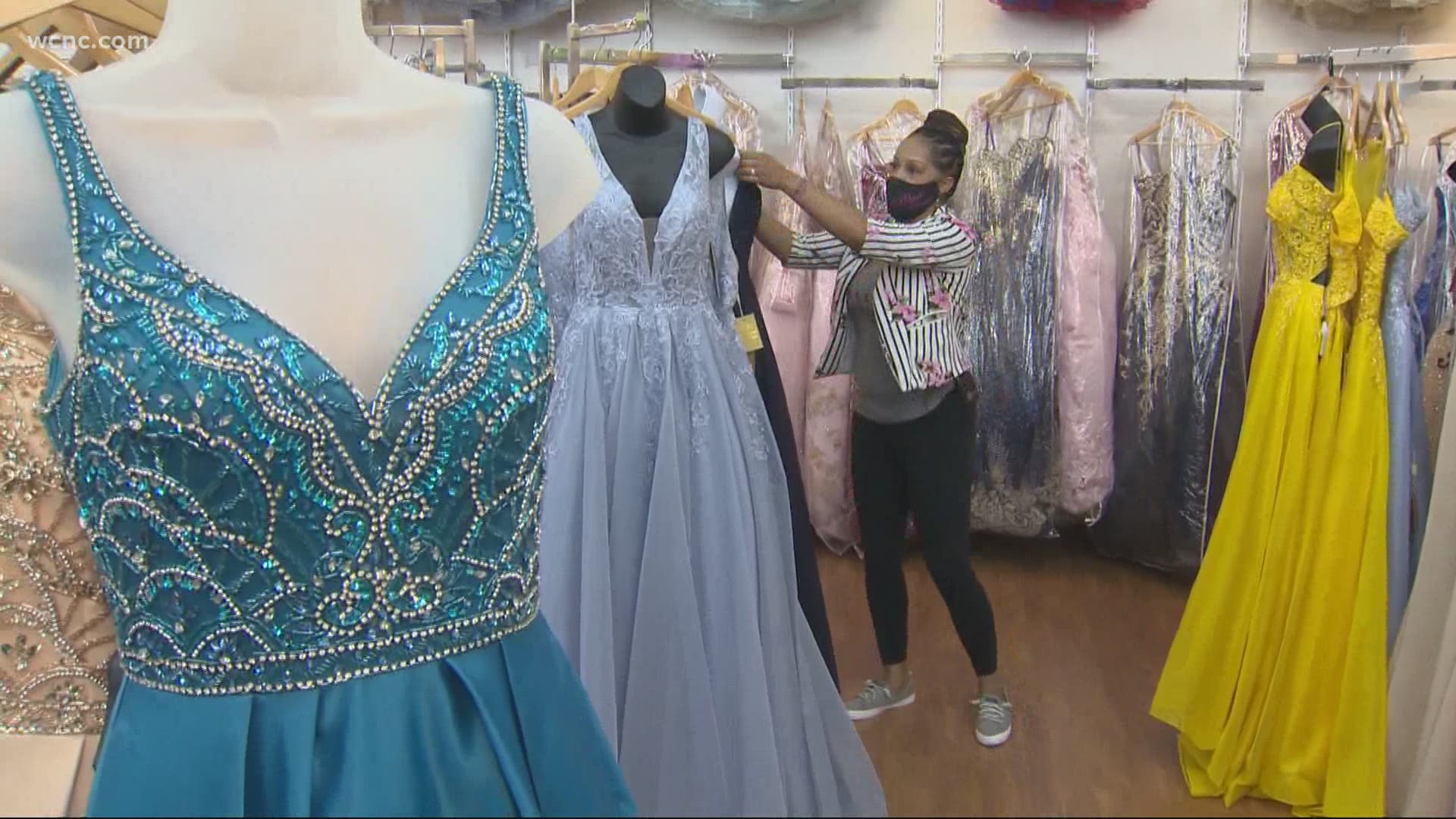 CHARLOTTE, N.C. — The Charlotte-Mecklenburg Schools district will be going without an in-person prom this year. It's the second time the district has canceled prom due to COVID-19 concerns.

Specifically, an email sent out to staff on Wednesday cited "continued limitations to social gatherings" for the decision.

CMS said in the note to staff that the district is working on providing opportunities for students to safely engage in social events in the absence of the occasion.

"Based on continued limitations to social gatherings, CMS has reached a decision that there will be no in-person prom this school year. We recognize that this is a momentous occasion for students and we are working on providing additional opportunities for students to engage in social events safely," the email to staff reads.

#BREAKING CMS is canceling prom this year. This email was sent out to staff earlier today. @wcnc pic.twitter.com/4lLlmi6VN1

Students like Providence High School senior Daniel Binder said he's not surprised by the decision but it's still disheartening.

"It was kind of just add it to the list of things we've lost," he said. "It's still losing prom. It's the rite of passage that you always hear about."

CMS joins other area schools and districts opting out of the in-person event this year: Mooresville High School announced on March 5 that prom was canceled. Likewise, Cabarrus County Schools, announced on March 1 that proms and spring dances district-wide would be canceled.

Stores like Blush Couture in Pineville spent months ordering dresses and beatifying their showrooms for students to come and select their dream dress.

"It's a hit! It's a hit, I'm not going to sugarcoat it," said Tyesha Featherston, who works at the showroom.

She said in a normal year, they usually sell around 1,200 prom dresses. After dealing with canceled proms in 2020, she expects to only sell roughly 350 dresses this year.

"It breaks my heart," she said as she felt bad for the students who will never know what it's like to go to prom. "Everyone's going to feel like they're short-changed."

She said customers are still coming in every now and then to get dresses for outside-of-school events that they are planning instead of prom, but it won't be the same.

CMS also canceled prom due to COVID-19 in 2020, but that didn't stop then-seniors from making the most of it. Last year, WCNC Charlotte spoke to Olivia Oosterhouse, who held a Zoom video conference on prom night for her friends to dress up and celebrate.

CMS has not yet announced if any alternate celebrations will take place.

The event cancelation comes just one day after the CMS Board of Education voted to send students into classrooms for more in-person learning.

Starting March 15, middle and high schoolers will go in-person two days per week, broken into two groups. Elementary students will be in school four days per week starting March 22. All students K-12 will be learning remotely on Wednesdays.