According to CMS, there were over 1600 Title IX violation allegations reported during the 2018-19 school year. 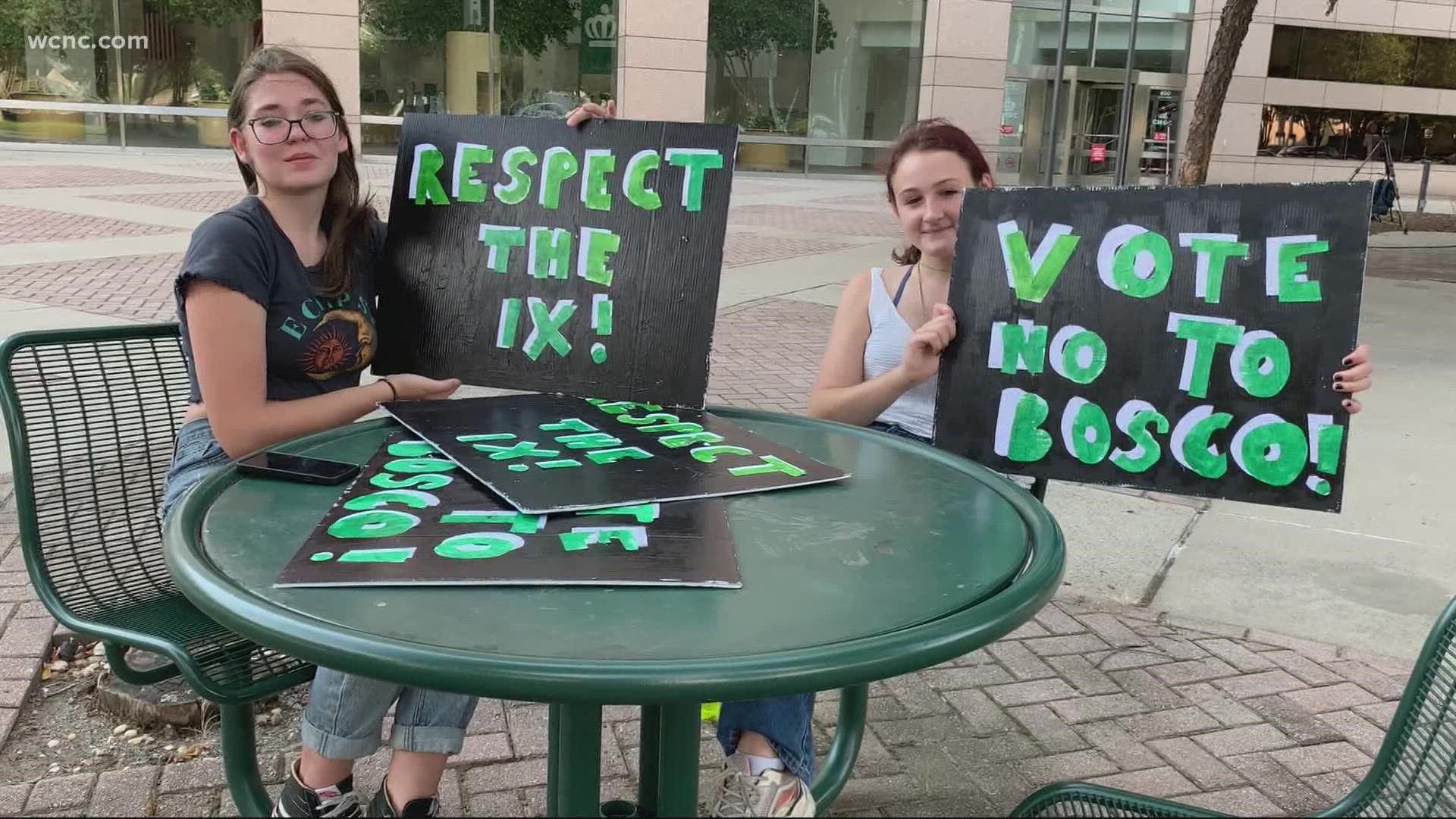 CHARLOTTE, N.C. — Once again, students from Myers Park High School gathered outside the Charlotte-Mecklenburg Schools board meeting with signs accusing their school of covering up reports of on-campus sex assaults.

This was one of several protests held over this issue in the past few months.

“As a woman, it's our responsibility to make sure every woman feels protected and safe," Myers Park senior Lily Russell-Pinson said. "People we love, as well as ourselves have been victims of assault and harassment on campus.”

According to CMS, there were over 1,600 Title IX violation allegations reported during the 2018-19 school year. Though allegation reports dropped during the two pandemic school years, Myers Park senior Grace Morton said it’s still a big issue.

“We just deserve more support from our schools," Morton said.

Laura Dunn, a founding partner of the LL Dunn Law Firm, said Title IX legislation was created to make sure it was support students had available.

"It prohibits schools from discriminating on the basis of sex, including allowing sexual harassment or violence to occur against different campus community members," Dunn said.

Dunn, who has represented two students with Title IX claims against CMS, said schools must act on all reports.

"If a school has notice about such harassment or violence, they do have an obligation to respond in a manner that is not deliberately indifferent," Dunn said.

After multiple sexual misconduct allegations at Myers Park surfaced in recent weeks, Principal Mark Bosco was suspended with pay and CMS announced the creation of a Title IX task force.

“I think it’s a great idea and I think it's very helpful," Morton said.

Morton has been nominated by school staff to serve on the task force representing Myers Park, along with students from other schools.

"We’ve got to start somewhere, so I think this is a great start," Morton said.

CMS has not said if principal Mark Bosco's contract will be renewed. An interim principal, Maureen Furr, has been named in his place in the meantime.

At the board meeting Tuesday night, a "Title IX Office Management Oversight Report" was shared, detailing requirements and best practices for Title IX. According to the report, one aspect of the current awareness campaign is to make it clear via multiple methods how students or parents can report "allegations of sexual misconduct and/or discrimination."

The full Title IX presentation can be seen below.