The plaintiffs are all parents of young children in Mecklenburg County, claiming CMS leaders are denying students their basic constitutional rights to an education. 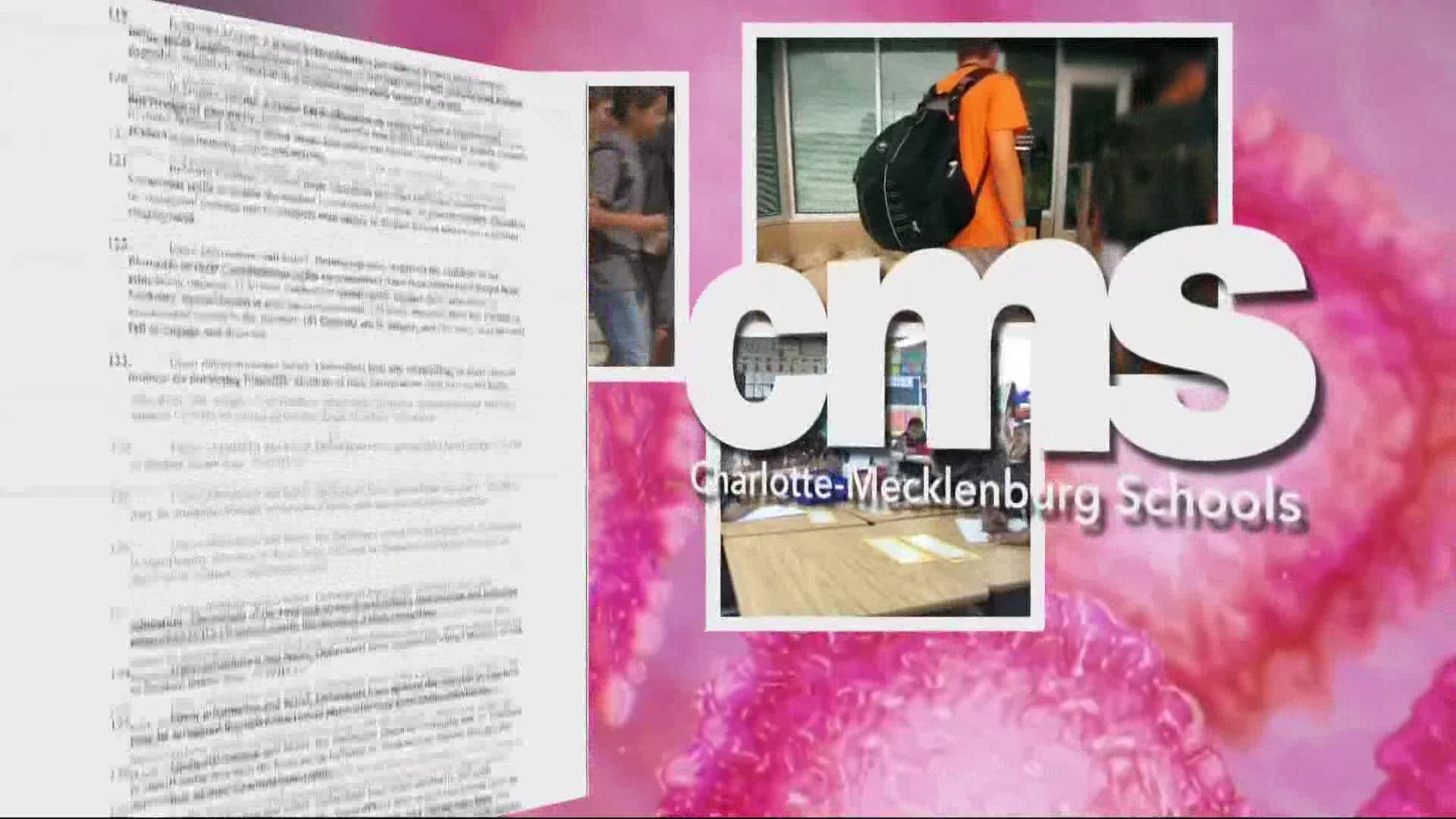 CHARLOTTE, N.C. — A group of Charlotte parents fed up with remote learning are now hoping to make their case before a judge. The parents filed a lawsuit against the Charlotte-Mecklenburg Schools district, demanding CMS leaders put children back in the classrooms.

At the CMS school board meeting Tuesday night, district leaders planned to go over when it is safe for kids to return to in-person instruction.

The parents who filed the lawsuit against CMS say they’ve waited long enough, though.

At nearly 100 pages long, the lawsuit is the first of its kind filed against CMS this school year.

The plaintiffs are all parents of young children in Mecklenburg County, claiming CMS leaders are denying students their basic constitutional rights to an education.

But while this lawsuit is the first of its kind filed against the district, it may not be the only.

"I know of at least a half dozen parents who are getting really angry and who are pursuing that possibility," parent Melanie Miller said.

WCNC Charlotte spoke to parents of special needs children just days ago, who said their students have a federally protected right to services that CMS isn’t providing.

"No one wants to go into litigation," Miller said. "We’re going to do what we have to do for our children."

It’s been more than three weeks since the remote start to the school year.

Board members have yet to set a date for the return to in-person instruction but suggest when it happens, it will be a phased-in approach.

RELATED: CMS could have some students back in classrooms by end of September

"The only people preventing kids from being in our classroom now is our own preparation and readiness," said Sean Strain, who represents District 6 in the CMS Board of Education.

A committee of health and education experts is helping to guide that decision. The committee is expected to give the school board an update on those metrics at the Tuesday night board meeting.

The lawsuit seeks an immediate injunction that would return students to the classroom immediately. While it was filed in superior court, a spokesperson for CMS said the district has not officially been served.