It’s a small percentage of the more than one million doses administered, but the state’s top health official said she doesn’t want to see any of the vaccine wasted. 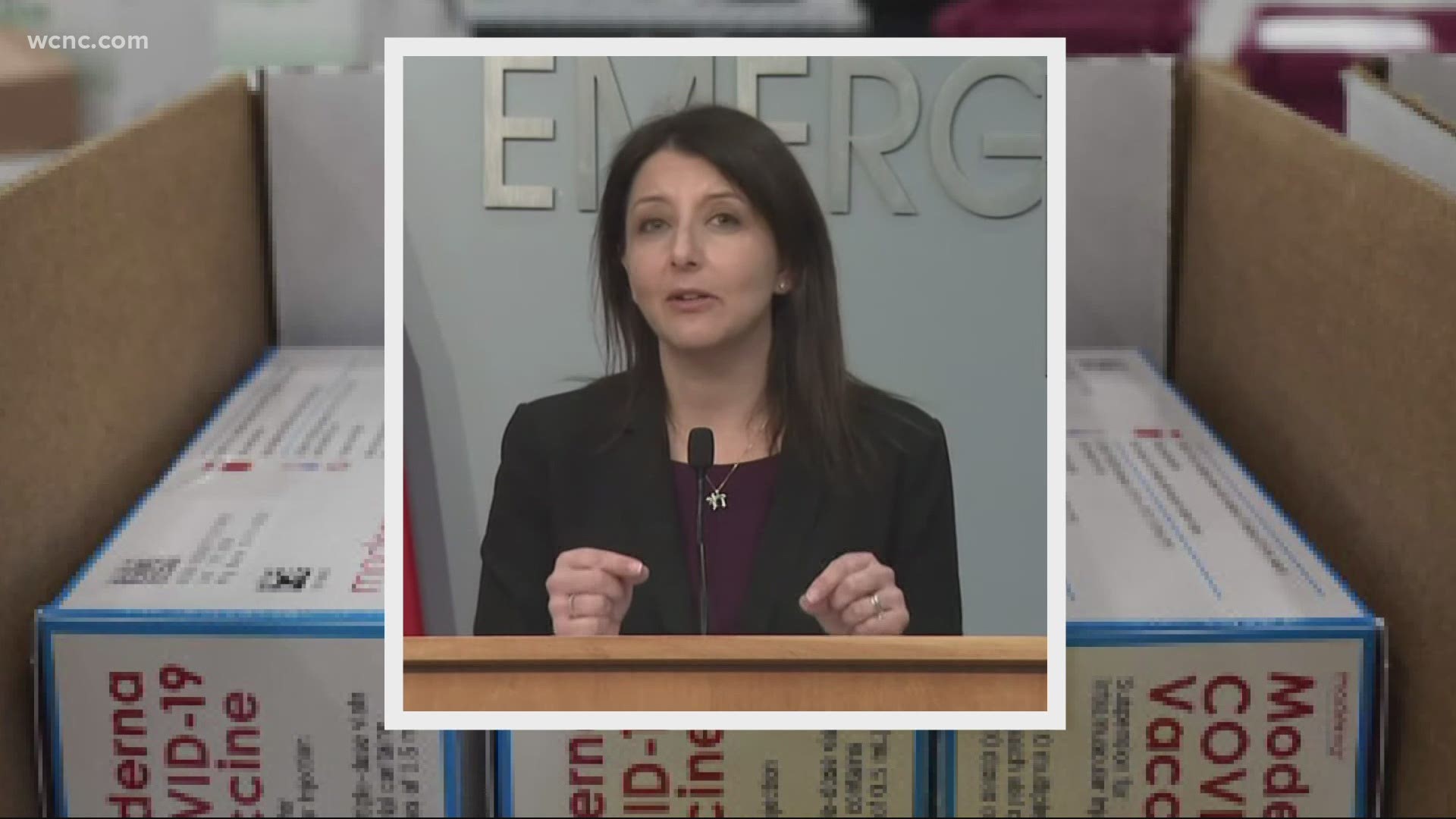 CHARLOTTE, N.C. — A WCNC Charlotte Defenders investigation is revealing more than 1,000 doses of the COVID-19 vaccine have been thrown away in North Carolina.

It’s a small percentage of the more than one million doses administered, but the state’s top health official said she doesn’t want to see any of the vaccine wasted.

North Carolina Health Secretary Mandy Cohen said providers should not waste any vaccine, even if it means bypassing the priority groups to find the closest arm available.

The percentage of vaccines being thrown away is small, 0.1% of the 1.1 million vaccines administered, according to the North Carolina Department of Health and Human Services. However, that percentage equals 1,100 doses that were thrown away.

“Even that for me is too much,” Secretary Cohen said.

“We as a state don’t want to waste any vaccine” says @SecMandyCohen . We’ve learned some local providers threw away a small number of #CovidVaccine doses, the reasons range from a leaky syringe to not being able to find anyone in time to receive leftovers from a clinic. @wcnc pic.twitter.com/LAT0uShRY1

RELATED: 'We would like more' | Novant Health dependent on larger supply to hold a mass vaccination event in Charlotte

“We had two of those doses that we had to get rid of,” Adam Gaub, spokesman for Gaston County said.

“Keep a waitlist where you can call someone last minute to come in,” Secretary Cohen said.

Secretary Cohen said if all else fails ignore the priority groups if it means avoiding vaccine going to the dumpster.

“If you even can't find someone on that priority list, find the closest arm of who wants to get vaccinated and get that in because we as a state don't want to waste any vaccine,” Secretary Cohen said.

Mecklenburg County Health Director Gibbie Harris said she was vaccinated before it was officially her turn to avoid throwing away leftover vaccine.

“We had a couple of vaccines leftover,” Director Harris said. “My arm was available.”

South Carolina health officials told WCNC Charlotte they have not had any reports of vaccines being thrown away in that state.

WCNC Charlotte checked for an update on Tuesday.  Novant said they did not have any update to report; both Atrium Health and the Mecklenburg County Department of Public Health did not provide an answer as to whether there was updated information.

WCNC Charlotte wanted to see how the rate of COVID-19 vaccine that is wasted compares to other types of vaccines.

NCDHHS provided more information with below:

“Reporting data on wasted doses of childhood vaccines is required by the Centers for Disease Control and Prevention’s (CDC) Vaccines For Children (VFC) program, which provides immunizations to millions of children nationwide who are not covered by private health insurance. Therefore, practices participating in the VFC program are accustomed to keeping track and managing their vaccine inventory very carefully. The overall percentage of VFC vaccine loss, which is doses reported as expired, spoiled or wasted (excluding flu) in comparison to doses distributed from July 1, 2019 to June 30, 2020 was 1.78% (that’s the most recent data I have for you).

However, there is no similar federal program to oversee and manage most adult vaccinations, including flu shots. Therefore, any wastage reporting for adult immunizations are managed independently, state by state.