They tentatively have an event planned at the Spectrum Center, but likely won't be able to hold it on its planned date. 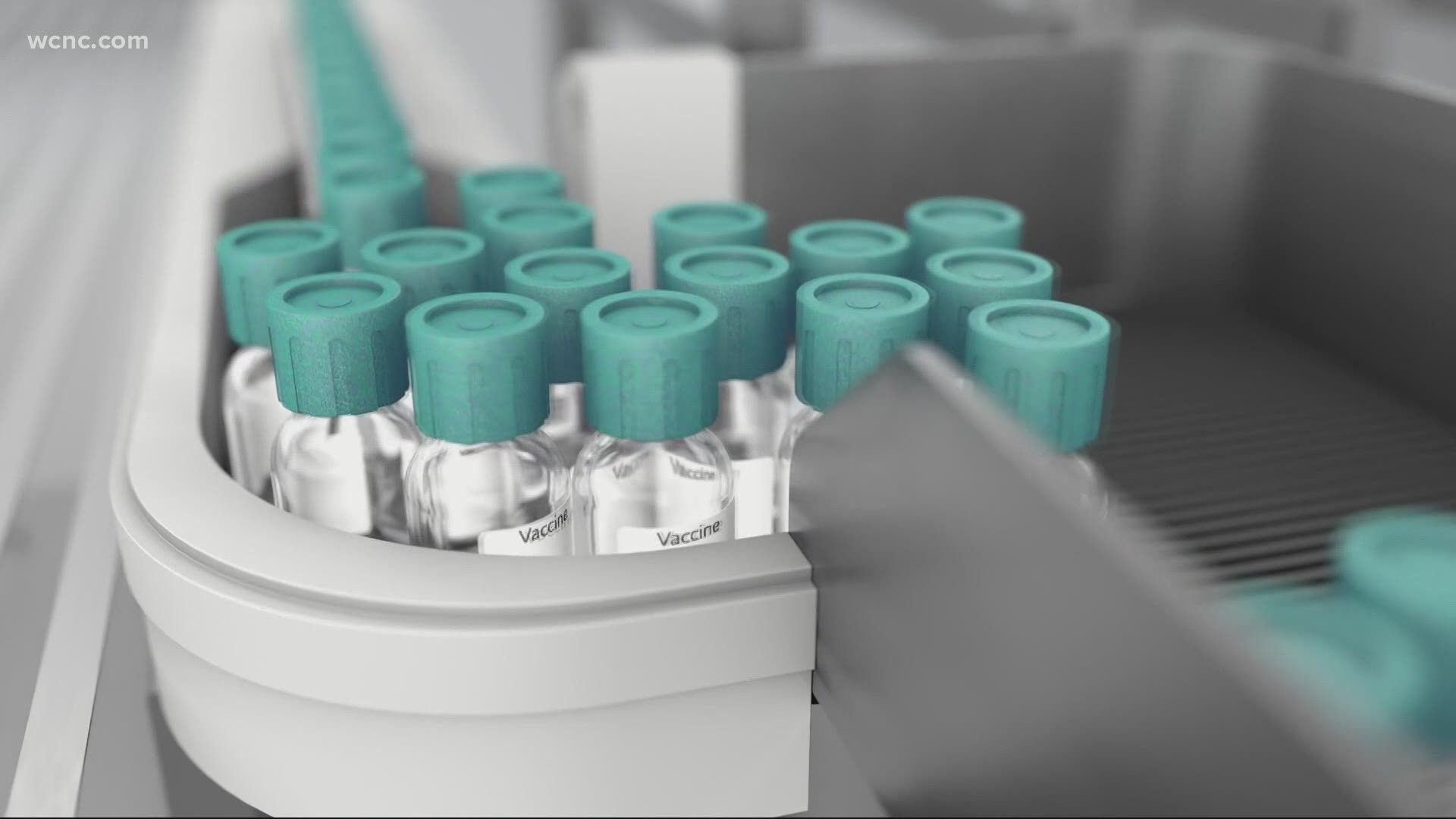 CHARLOTTE, N.C. — North Carolina hit a major milestone, administering more than 1 million coronavirus vaccinations. There is still a long way to go and the short supply continues to be a challenge for vaccine providers.

“We do not have enough supply to reach everyone right now,” Health Secretary Mandy Cohen said.

“We're continuing to plan events, we're submitting those plans to the state and then we're waiting to hear if we can fulfill that obligation,” Marty Lambeth with Novant Health said.

Plans are in motion to have an event at the Spectrum Center in Charlotte on Feb. 13, but officials said they likely won’t have enough vaccine to do it.

“Soon is probably not possible, meaning in the next couple weeks,” Dr. David Priest with Novant Health said.

The state allocated tens of thousands of doses to Atrium Health to hold its mass vaccination clinics. This past weekend, they vaccinated more than 20,000 people at Bank of America Stadium.

Novant Health officials giving their regular Tuesday morning update. They held vaccine events in the community this past weekend, including here in CLT. @wcnc

Novant Health isn't sure if the state will do the same for them, even after a slight bump in its weekly baseline allocation.

“I would love to get an allocation like Atrium got. We could do a lot with that,” said Lambeth. “Yes, we were pleased that we got a bump, was it enough, no. We would like more.”

The state is now ensuring weekly baseline allocations will be consistent, giving some extra doses for planned events or to be used in underserved communities.

“At least when we have a baseline week to week, we know what we're dealing with. Anything additional to that is bonus to us,” Priest said.

RELATED: Only 41% of second vaccine doses in North Carolina have been administered: 'We’re still catching up'

Novant Health officials giving their regular Tuesday morning update. They held vaccine events in the community this past weekend, including here in CLT. @wcnc

Novant Health has held smaller community events including two at Friendship Missionary Baptist Church in North Charlotte. It is part of an effort to get vaccine into underserved communities.

“We’re submitting our plans to the state hoping that we get what we ask for but also recognizing we may have to flex on those plans based on what their decision is,” Lambeth said.

Dr. Cohen acknowledged the state's struggle to meet the demand but said they are bringing on more vaccine providers, gearing up for what they hope will be a growing supply.

“We did get some good news from federal government this morning, we are going to get a little more supply as we move forward next couple of weeks,” she said. Cohen did not get into specifics about how many more doses they are expecting to receive.

The state expanded the states call center and released a new tool to find a vaccination location based on zip code.

Novant Health officials said they are also working on scouting out a second location to hold a mass clinic in the Charlotte area.