US doctors concerned about Thanksgiving after Canada sees major spike

Canada Prime Minister Justin Trudeau has pointed to the country's October Thanksgiving as being responsible for a sharp rise in new COVID-19 infections. 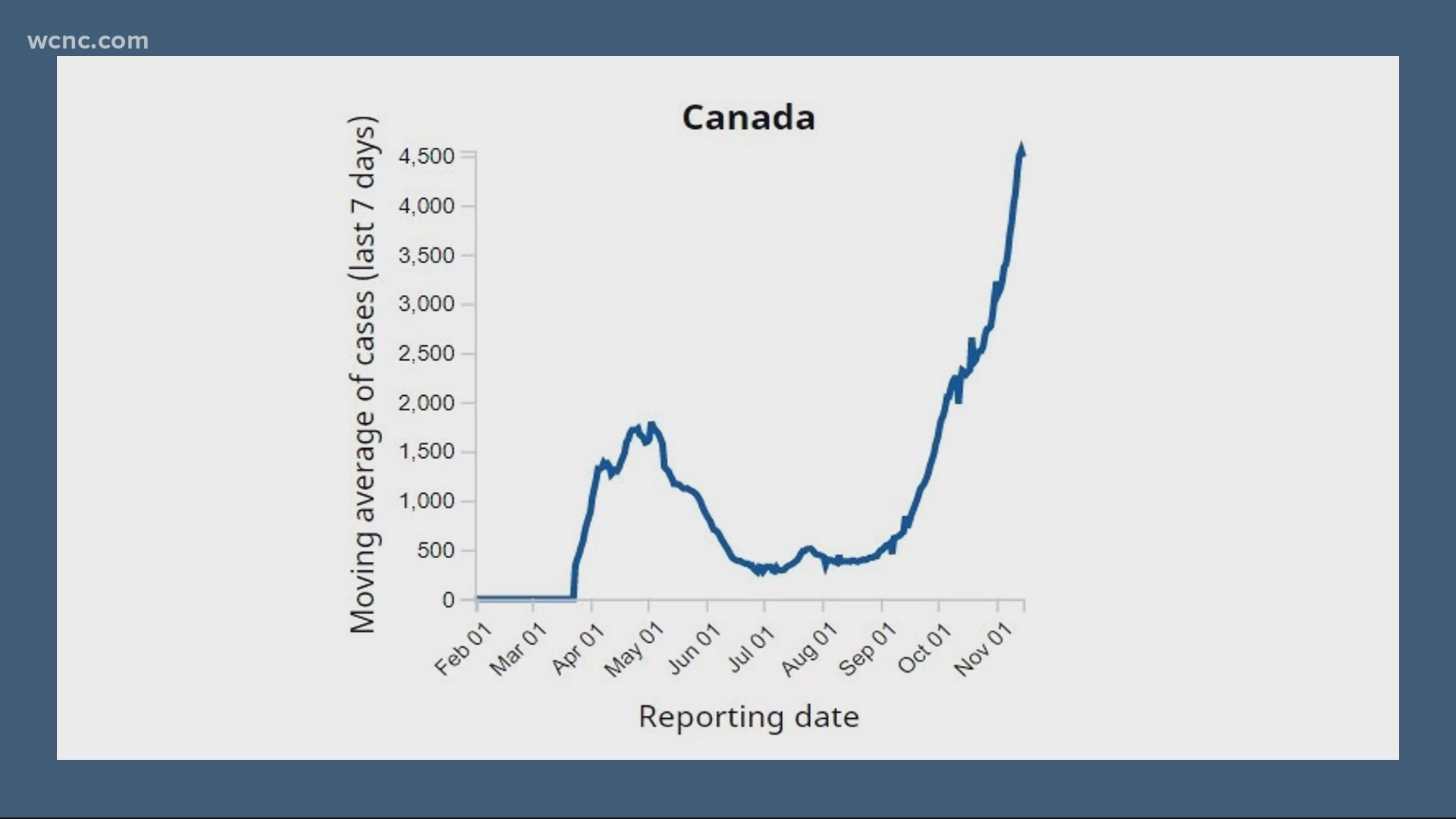 CHARLOTTE, N.C. — As Thanksgiving approaches, health officials continue to warn against traditional holiday gatherings. Daily coronavirus cases in the Carolinas, and the U.S. overall, continue to grow. Saturday, North Carolina set a daily case record with nearly 3,900 new infections, blowing its previous record of more than 3,100 cases out of the water.

Hospitalizations set a new record Monday, with 1,424 patients getting treatment for COVID-19 statewide.

While health officials are bracing for what could be a greater surge following Thanksgiving, some doctors are looking to our neighbors to the north for insight on just how much holiday gatherings could escalate already rising cases.

#NC has a new #COVID19 hospitalization record under the new CDC reporting requirements (started Fri). Half of the last 6 days have reported 3K+ new cases, including Saturday's whopper ~3900 cases. The positive test rate rises again, up to 7.2% over last 2wks. pic.twitter.com/UJ4tzem9Dj

Because Canada celebrated its version of Thanksgiving in mid-October, case increases linked to that holiday are now surfacing.

"We have to reverse these trends now," said Canadian Prime Minister Justin Trudeau, in a recent national update, where he pointed to record highs being set in various provinces.

Government data shows a steep curve upward over the past few weeks. The country's average daily cases went from less than 2,500 on October 12, Canada's Thanksgiving, to 4,500 by the start of November.

Back in the U.S., which is already reporting an average of 150,000 new cases every day over the last week, some doctors are seeing a warning.

"I think we only have to look up to Canada," said Dr. Helen Strike, President of Allina Health Regina Hospital and River Falls Area Hospital at Allina Health. "They are seeing an increase in community spread and hospitalizations now that they are a month out."

Health officials remind that the safest bet is a Thanksgiving with one's own household. For those branching out, North Carolina has offered official safety guidance for the holidays.