“I couldn't even tell you how many donations at these locations, but they were piled up in front of the doors." 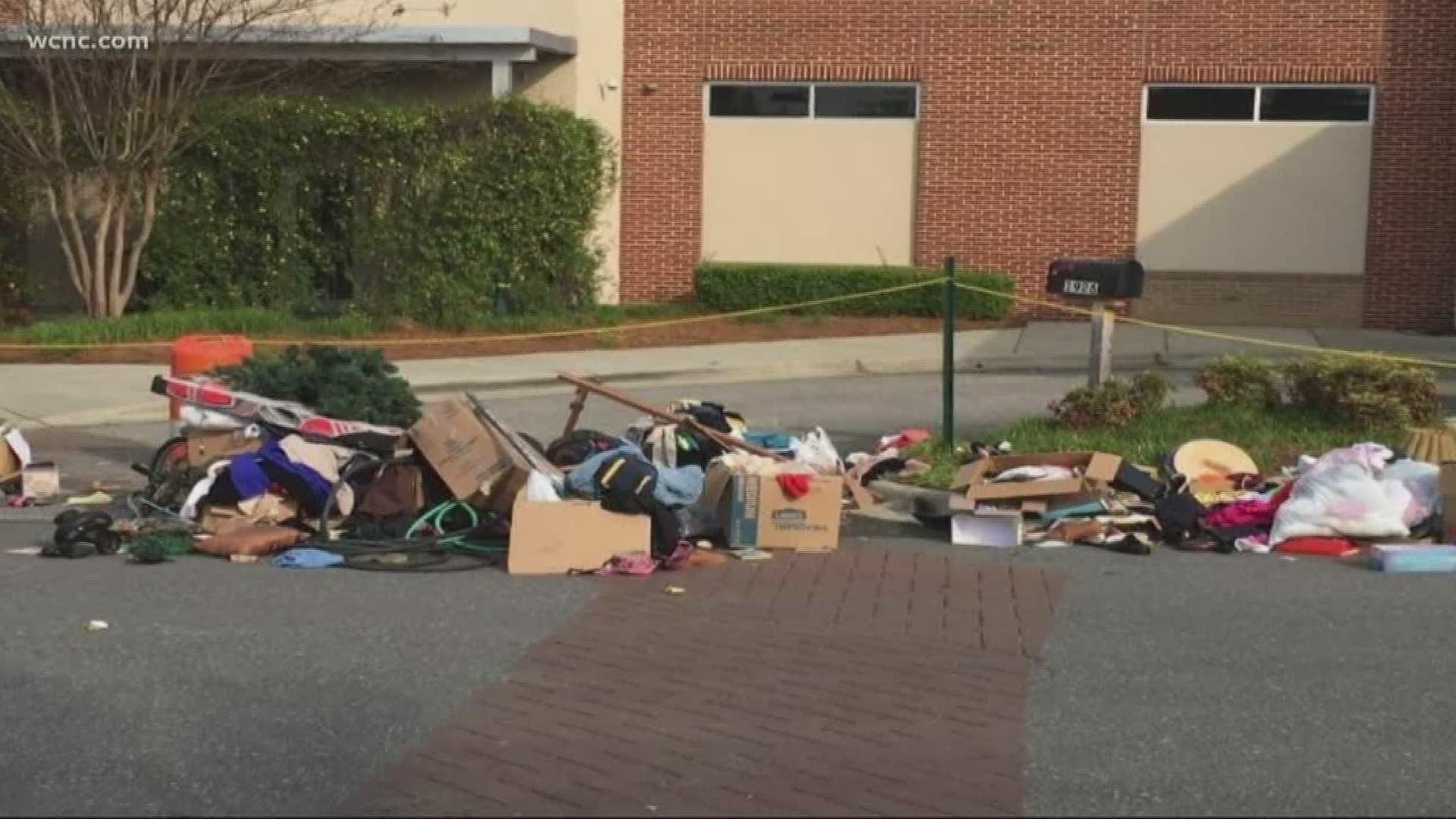 CHARLOTTE, N.C. — Goodwill Industries of the Southern Piedmont is asking the public to stop donations amid the COVID-19 crisis as piles of items accumulate outside closed locations.

As people are staying at home and doing some spring cleaning, clothes, household items, and furniture have been dropped off outside Goodwill locations in the Charlotte area.

Normally, this would be a welcome sight, but the locations are not open or accepting donations currently.

"Very disheartening to be quite honest with you,” said Christopher Jackson, president and CEO of Goodwill Industries of the Southern Piedmont. “I couldn't even tell you how many donations at these locations, but they were piled up in front of the doors."

Jackson said some people are, frankly, dumping trash in front of the stores.

It’s costing Goodwill Industries extra money to clean up the piles that could be used in other ways to further its mission, Jackson added. It’s also putting team member health and safety at risk.

"Anytime you have to have team members come out and collect those donations it can be a concern of theirs,” Jackson said. "So we've asked them to use personal protective equipment where they need to."

Goodwill even had to move trailers to block off the drive-thru drop off area at its Steele Creek area locations to deter people from dropping off their donations.

Jackson said he hopes that people will get the message to stay home and keep their donations organized until Goodwill can reopen.

"I think for the most part people are giving from a generous place,” he said, “That's what we want folks to do -- when we're open."

VERIFY: Don't use soap to wash your produce

Stocks closed on worst quarter since 2008

Lowe's confirms two cases of COVID-19 in the Charlotte area