David Simpson knew many customers by name. His smile radiated through his family market. His mother, father, and brother survived COVID-19. He did not. 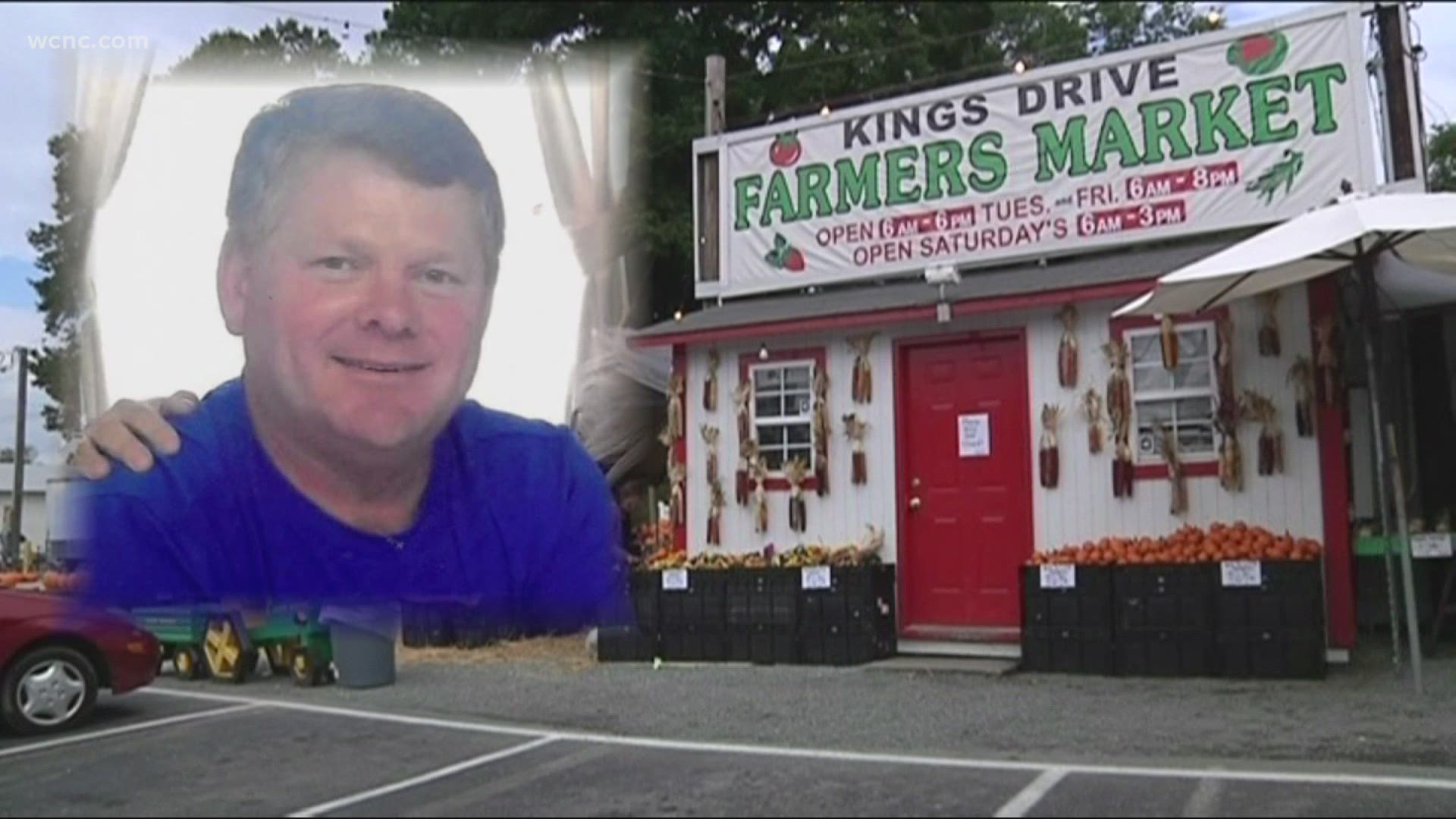 CHARLOTTE, N.C. — The Charlotte area is mourning the loss of the beloved part-owner of Kings Drive Farmers Market, David Simpson, who died from COVID-19.

Customers who left comments on the 52-year-old's online obituary remember a genuine helper who knew his shoppers' names.

"His smile! you know, he was just always smiling," Kevin Pressley, Simpson's brother-in-law, said as he remembered the spirit Simpson had.

He was the backbone of the operation, according to Pressley.

Simpson did the hard work during the selling seasons, the demanding tasks to make sure produce and Christmas trees were growing on schedule between seasons, and at times he'd help hand-pick the best fruit for customers.

"He was full of life, a hard worker, and just a happy guy," Pressley said. "You'd say no this is today. And he'd look at it, do his thing, and he'd say no this is probably another two to three days. He'd be dead on it. "

Hundreds would come year after year. The lot was a pumpkin patch during the fall, with Christmas trees sprouting up for sale right after Thanksgiving.

"He'd always make sure his customers had the best and they loved him for it," Pressley added.

As Christmas trees were selling fast in December, Simpson was fighting for his life at Atrium Health Monroe with COVID-19.

His father, Darrell, his mother, Mary, and his brother, Norman, all got the virus as well, Pressley confirmed.

Simpson passed away after spending more than a month in the hospital. His relatives recovered, but have lingering effects, Pressley said.

"The family has went through a lot in the last several weeks. It was a shock to us," he added. "There's a tremendous hole in our hearts."

The family's faith and memories will get them through. Pressley said Simpson simply beat them all to their maker.

"We had a wonderful home-going service for him," Pressley said. "When he went to sleep and woke up, we believe, we know he's in heaven."

His family is thankful for the outpour of support and the messages they've received from the community. But they know hard days are still ahead.

"The hardest day is going to be when the first day of the first Friday of April at the farmer's market," Pressley said.

David may not be there, but his spirit will always bloom at his market and on his Union County farm.

He leaves behind his wife and three children. Simpson's sister said he suffered from asthma.