The new FUSE District baseball stadium is expected to finish construction this spring. 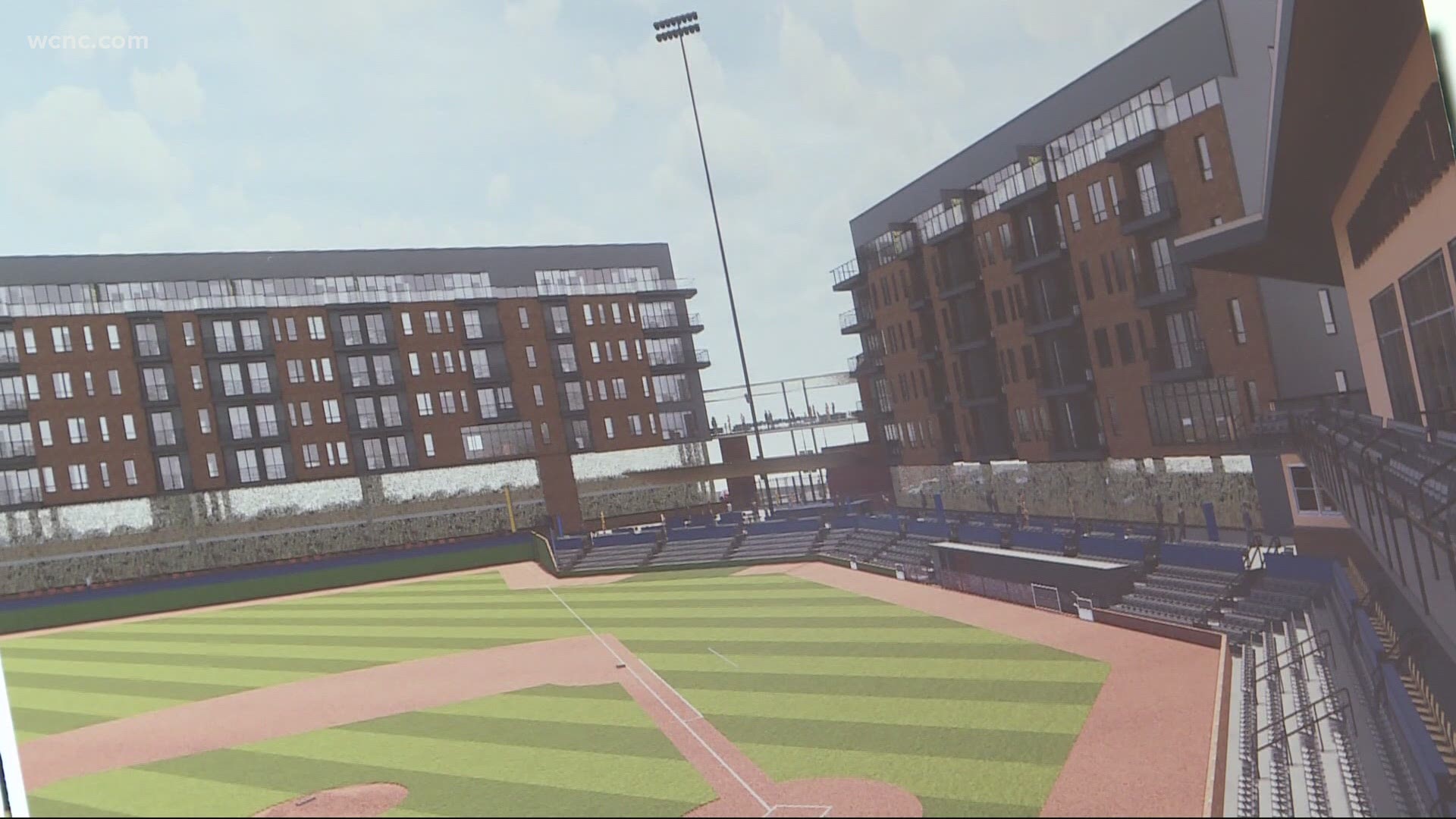 Crews are close to finishing the crown jewel of the Franklin Urban Sports and Entertainment (FUSE) District, a multi-million dollar baseball park for the Atlantic League's newest team, the Gastonia Honey Hunters.

Beyond the ballpark's right field, workers are in the third month of revitalizing Trenton Mill into historic loft apartments while construction continues on a new brewery for Durham-based Durty Bull Brewing Company.

The Honey Hunters owner, Brandon Bellamy, said the projects' timelines are working out well given the current stage of the COVID-19 pandemic.

As Gastonia’s FUSE District ballpark nears completion, city leaders hope it’ll be the lead-off hitter for further projects in West Gastonia. At 5:15 pm on @wcnc, we’re going beyond the foul poles to discuss future growth, the pandemic’s effect on it and gentrification concerns. pic.twitter.com/uoWiIgkvKi

More stories on WCNC: 'It was the most incredible feeling in the world' | Doctor confirms he has antibodies after receiving COVID-19 vaccine

"I think things are going to normalize," Bellamy said. "We've got vaccines coming out. There's light at the end of the tunnel."

City leaders hope the spotlight on the district will guide more investors to West Gastonia, which had been historically underinvested until the recent revitalization of Loray Mill.

But with growth comes gentrification concerns, particularly in areas like the Highland community, a historically Black neighborhood north of the ballpark.

Mayor Walker Reid, who grew up in Highland, agreed gentrification is a concern, but he believed the infusion of money will help, not hurt, the Highland community.

"I just ask people to try to be optimistic about what's taking place in West Gastonia in an area that hadn't been developed in quite some years," Mayor Reid said. "To make this side of town as vibrant as the east side of town."

He said the city has invested and begun developing 16 acres along Airline Avenue, north of the ballpark, to continue to spur investment.

Bellamy, the only Black majority owner in professional baseball, is preparing to develop parcels of land next to the stadium into a mixed-use community, and he said they'll be looking at potentially including mixed-income apartments.

Bellamy expects to begin the process of developing the parcels later this year.