A person found guilty of violating the governor's mask mandate could face punishment ranging from unsupervised probation to 60 days in jail. 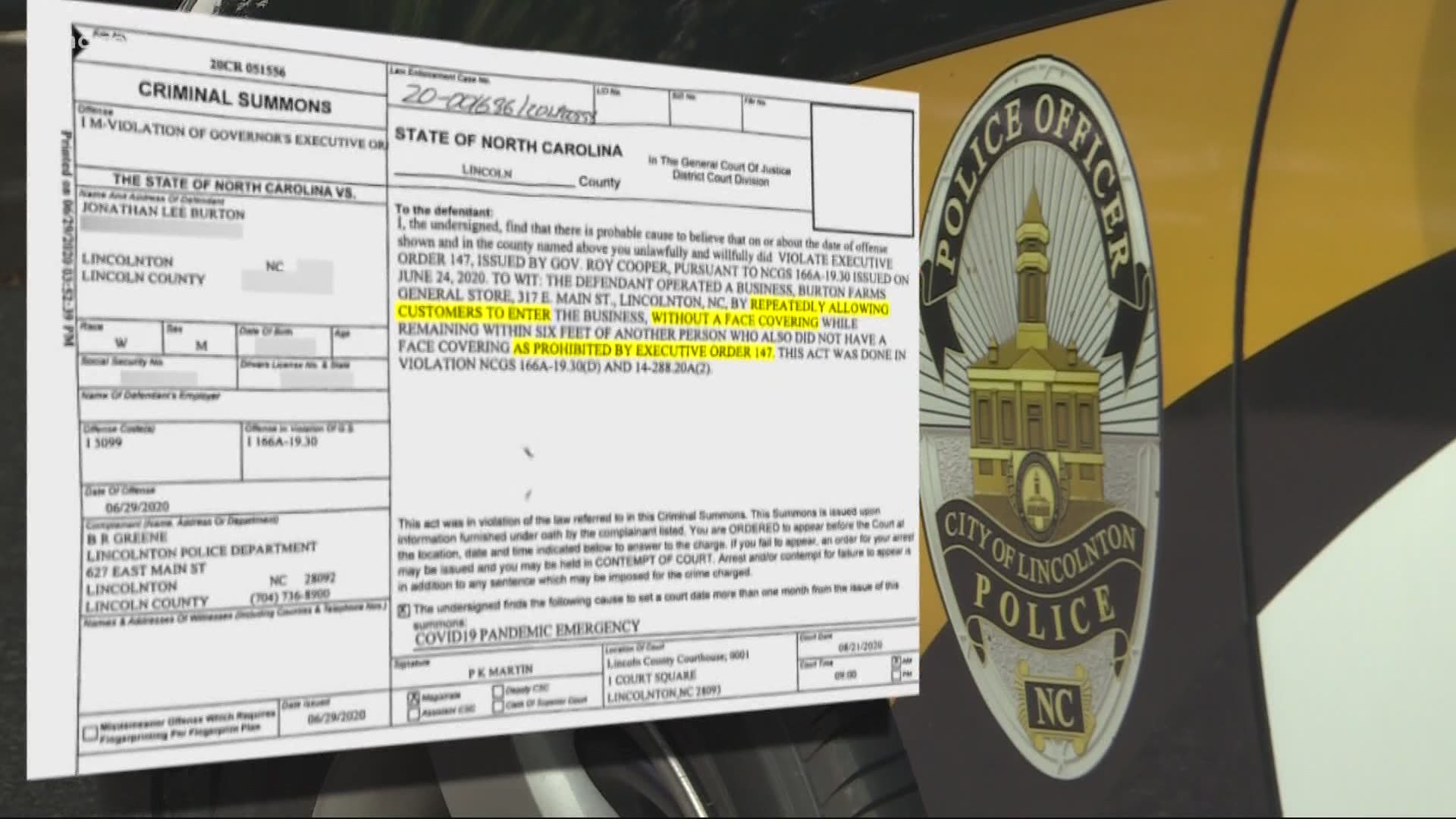 Under the governor's new executive order, individuals who don't wear a mask in certain situations could be cited for a Class 2 misdemeanor, which, if found guilty and based on an individual's criminal record, could lead to a punishment ranging from unsupervised probation to 60 days in jail.

Several weeks ago, the District Attorney for Cleveland and Lincoln Counties, Mike Miller (R), decided to dismiss a criminal summons issued against the owner of Burton Farms General Store in downtown Lincolnton.

The summons accused the owner of not enforcing mask-wearing or social distancing.

"These are otherwise lawful businesses and otherwise lawful individuals when I've got to balance that with people who are committing crimes that are more injurious to our society," Miller said.

He feels in the Lincolnton case, there wasn't an equal application of the law.

"It seems a little unfair how the big box stores can stay open," Miller said. "But the little man can't open his store."

The Charlotte-Mecklenburg Police Department said it only issues citations as a last resort, and officers have cited local restaurants like Nikko Sushi and Selwyn Pub for allegations of violating the governor's order.

"The law is there for reason," Merriweather said. "If we believe that we can use prosecutorial resources to make sure we're ensuring public health, that's what we'll do."

But he cautioned it'll be a while before those cases make their way to court.

Like Cleveland and Lincoln Counties, Mecklenburg County has a lengthy backlog of cases.

Merriweather added he plans to use discretion in each case once it gets to court.

"Considering the amount of time that has elapsed from the incident, then maybe it's not wise for us to proceed in prosecution," Merriweather said. "However, we've got to at least think about it and consider what is the appropriate outcome."