As part of the increased guidelines, county leaders voted to include the mask mandate for religious ceremonies. 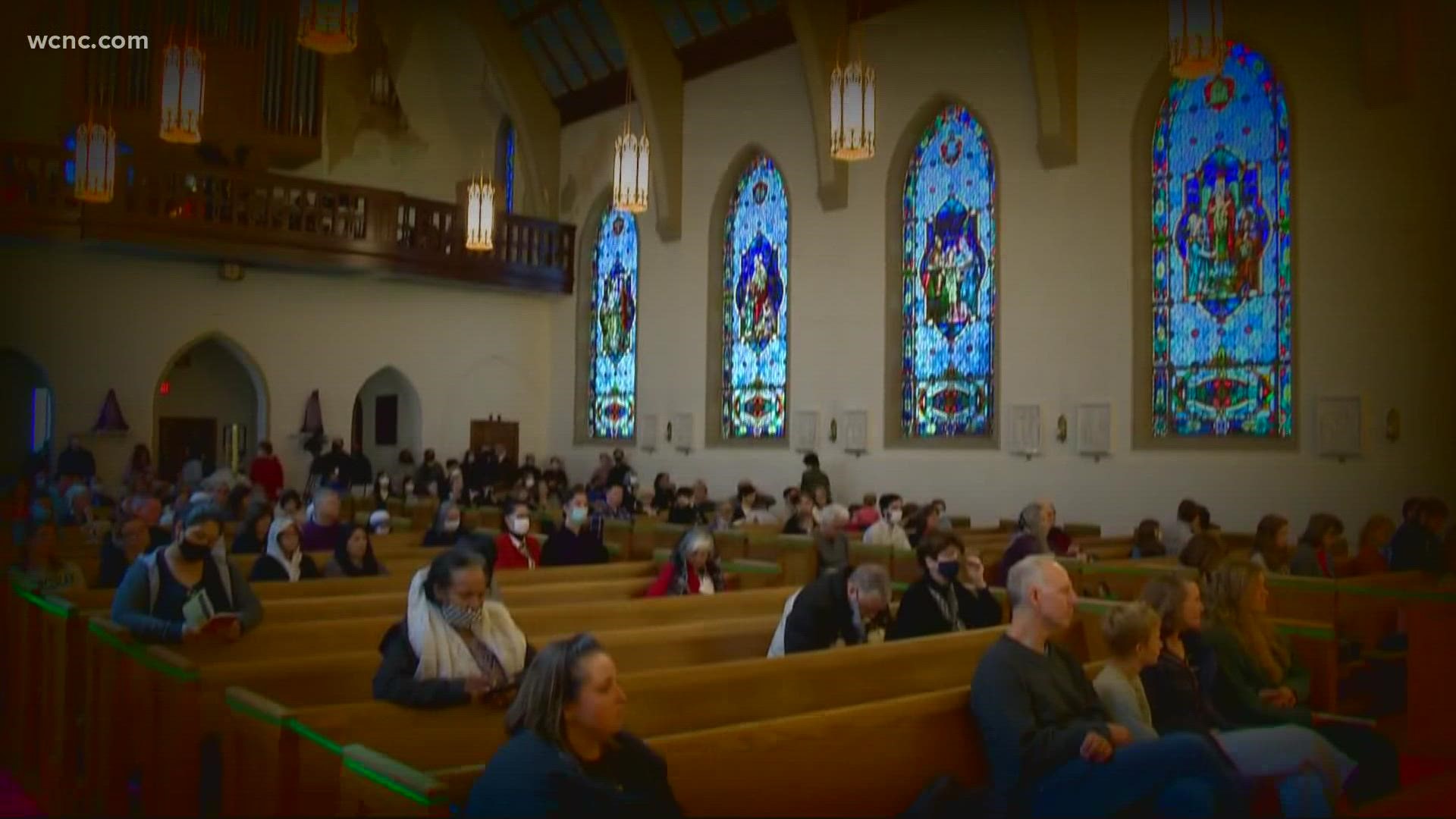 MECKLENBURG COUNTY, N.C. — More changes are on the way as part of Mecklenburg County’s indoor mask mandate after county leaders voted to include a mask mandate for religious ceremonies. It comes as COVID-19 cases and deaths throughout the county are worsening.

The Mecklenburg County Board of County Commissioners voted 5-4 on Wednesday to include religious gatherings in its countywide indoor mask mandate. The county’s amended indoor mask mandate including places of worship will take effect 10 days after the new rule is officially posted.

There was hesitation among the board, though, about how this change could potentially cross the line between church and state.

"I think when we get to the point of challenging a church what they can and cannot do given the fact that there are so many different religions, I think we’re going down a slippery slope," Chairman of the Board of County Commissioners George Dunlap said.

But along with the resistance came some support, citing community health and safety as the main priority behind the decision.

At the meeting, Mecklenburg County Health Director Gibbie Harris provided a COVID-19 metrics update, highlighting some of the pandemic-related struggles still ahead.

"At Labor Day last year, we were in better shape than we are now," Harris said.

Deaths from June to August have also increased tenfold. County data shows overall 96% of the total deaths were unvaccinated people.

The county is still making it its mission to increase COVID-19 testing and vaccinations wherever it can. So far 58% of the population is partially vaccinated.