Vaccine providers in the area have paused Johnson & Johnson vaccinations. 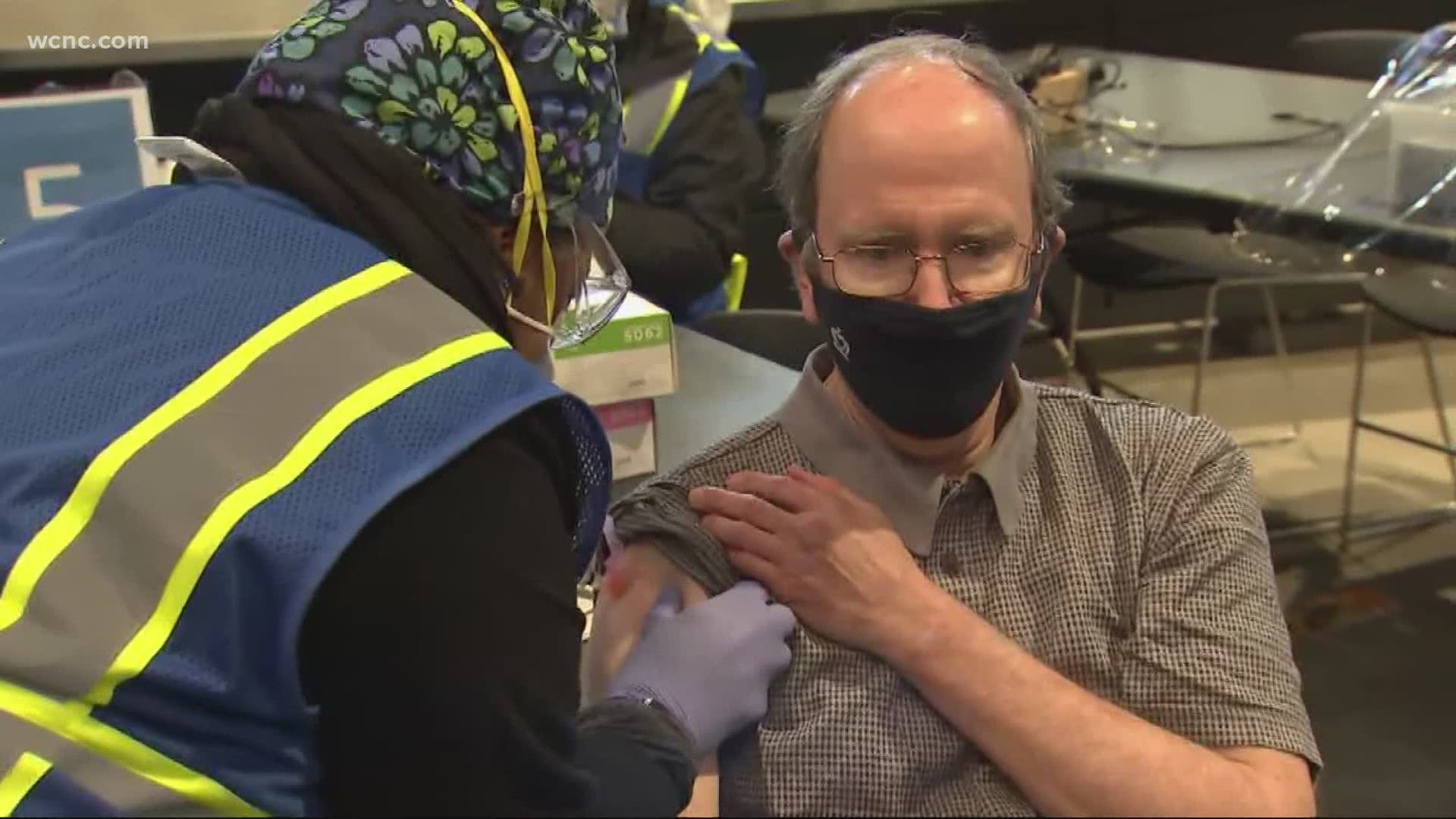 CHARLOTTE, N.C. — In Mecklenburg, both hospital systems, Atrium and Novant Health, and the county health department will follow the CDC and FDA’s guidance and will not be giving the Johnson & Johnson COVID-19 vaccine for the time being. Some appointments will be rescheduled or switched to a different product but all of the experts said the blood clots are extremely rare, only a fraction of people experienced the complication.

The pause on vaccinations comes after the Centers for Disease Control & Prevention and Food and Drug Administration issued a joint statement saying they were investigating reports of unusual blood clots in patients six to 13 days after vaccination.

RELATED: North Carolina pauses the use of Johnson & Johnson vaccine

According to the report, all six cases were reported in women between the ages of 18 and 48. There was one death and all cases remained under investigation. Out of the 6.8 million Johnson & Johnson shots given in the country, six women experienced the adverse effects.

Even though it is extremely rare, health officials say it warrants a pause until they are sure there are no major risks.

“These events were incredibly rare but they're serious, so we want to be careful and air on the side of caution,” Dr. David Priest with Novant Health said.

State Health Secretary Mandy Cohen said there have been 242,000 doses of Johnson & Johnson given in the state and there haven't been any reports of the rare blood clots in North Carolina.

The good news, vaccine providers have a much larger supply of Pfizer and Moderna products because they've been out longer, and the pause is only expected to last a few days.

“Johnson & Johnson supply has been a little bit more erratic so it is not the predominant vaccine, and we don’t have concerns about significant loss of vaccine while this decision is being ironed out,” Dr. Katie Passaretti with Atrium Health said.

It is a bit of a setback but Mecklenburg County Health Officials don't anticipate this will cause a major slowdown in vaccine distribution, they just have to adjust planned clinics where Johnson & Johnson would be given. 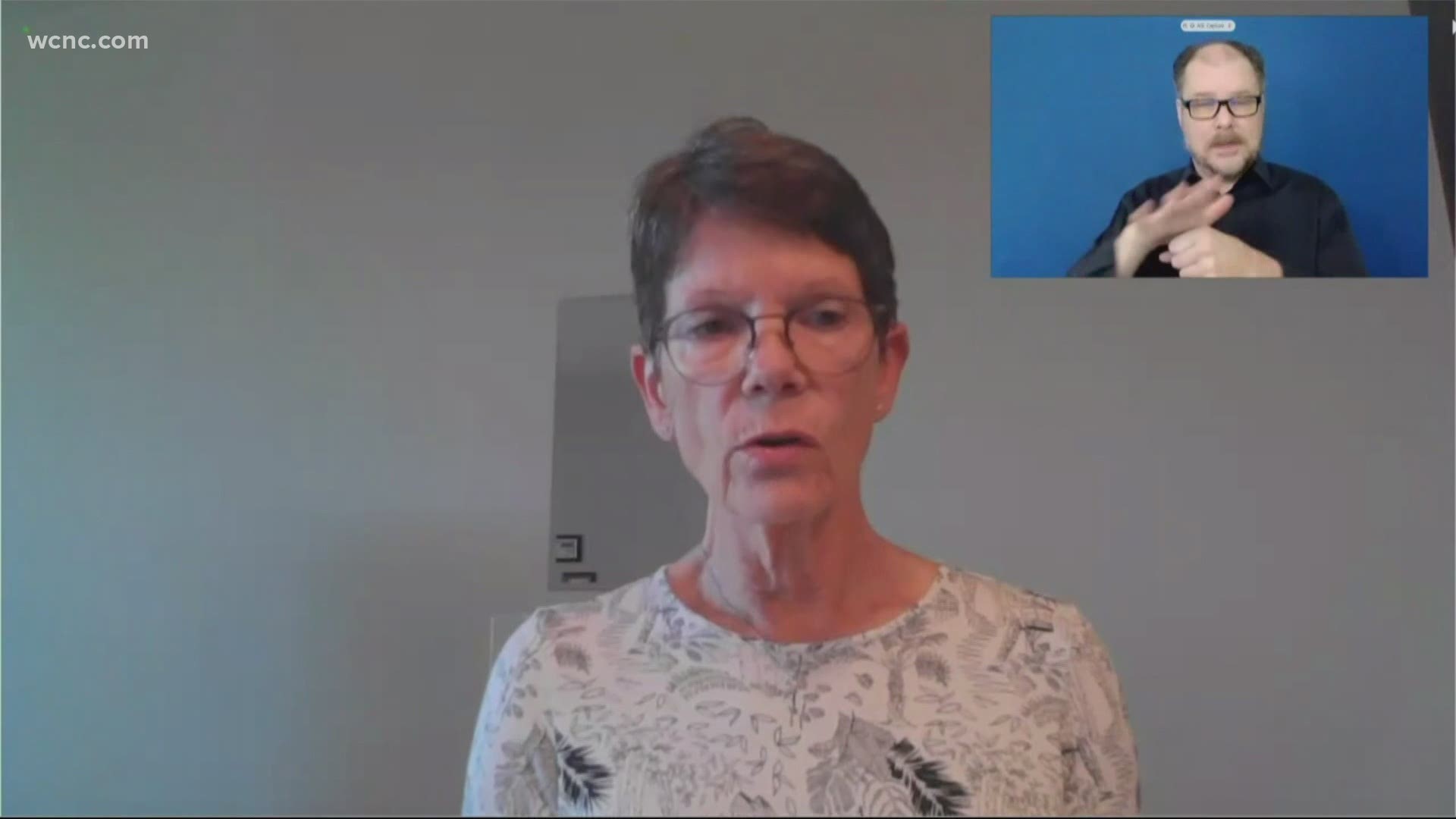 “In the immediate short term as we wait for additional data and guidance to be coming from the federal and state level, we’ll shift to using two-dose vaccine where we may have used the one,” Dr. Meg Sullivan, Medical Director in Mecklenburg County said.

Dr. Arin Piramzadian, with StarMed Healthcare, said he's not worried about supply either.

"Luckily we haven't had to rely on J&J, we've been mostly doing Pfizer, Moderna," he said. "The reality is, to replace it -- it doesn't take any effort on our side cause we have plenty of vaccine to do that with."

He said the only concern would be clinics or areas that relied heavily on the one-shot vaccine for convenience, like rural areas and colleges and universities.

"For those situations that definitely causes a bit of a problem," Piramzadian said.

The pause in distribution may make some pause before rolling up their sleeve and although all vaccine providers in the Charlotte area support the federal government's decision to temporarily stop using the vaccines, some top health officials are concerned there could be a negative ripple effect.

“My biggest concern is that vaccine hesitancy just skyrocketed,” Dr. Passaretti said. “It's important to make people aware of the risks absolutely and the symptoms to watch out for but also keep track of the greater good that is done by vaccine."

Clinics continued today as providers shuffle around appointments to give those who would’ve gotten J&J one of the other two approved products.

“We need people to continue to have faith in vaccine and move forward with accessing it as quickly as they can. Obviously, it’s causes concerns we’ll continue to communicate and educate as much as we can," Mecklenburg County Health Director Gibbie Harris said.

And thousands of people still rolled up their sleeves despite the news.

“I’m relieved I didn't get the Johnson & Johnson today but I think everyone should still vaccinate," Erin Bates said.

An important note these rare blood clots haven't been seen in people who got Pfizer and Moderna and that is the bulk of the supply in the country, state and Charlotte area @wcnc

Mecklenburg County is just shy of having 20% of the population fully vaccinated so it is vital vaccinations do not slow down. Health officials say this is a sign that safety is the top priority.

“It is smart I believe to pause and take a few days to really carefully assess the situation and come back with specific recommendations from the experts on how we move forward with this vaccine,” Harris said. “It’s airing on side of safety and I don’t think anyone can argue with that at this point.”

Providers are now doubling down on their education efforts to help overcome this setback.

“The real thrust of the matter is transparency, open and honest conversations and meeting individuals where they are in this process and providing them with timely information,” Dr. Jerome Williams with Novant Health said.

Health experts stress the fact that these complications have not been associated with Pfizer or Moderna products. They said it is still important to get vaccinated as quickly as possible

Shortly after the CDC's recommendation, Novant Health became the first Charlotte-area health care provider to announce it would temporarily halt Johnson & Johnson vaccinations. Patients who are scheduled to get the J&J vaccine will be offered either the Pfizer or Moderna vaccine or be rescheduled. Atrium Health made a similar announcement Tuesday.

The North Carolina Department of Health and Human Services also said it will follow the CDC's recommendation and has paused the administration of the Johnson & Johnson vaccine until further notice.

For some perspective, 6 out of 6.8 million people experienced the blood clot. It is EXTREMELY rare @wcnc

RELATED: You can soon get a COVID shot at Publix in North Carolina

Vaccine providers in the area, including Atrium Health and StarMed HealthCare, announced they have available appointments and walk-in slots for vaccinations this week at multiple locations in the Charlotte area.

Additionally, StarMed HealthCare announced Tuesday it would have availability for walk-in appointments through the rest of the week, 8:30 a.m. to 4:30 p.m. each day.

RELATED: Where to get the Pfizer and Moderna COVID-19 vaccines in Charlotte