“Today is one of our state’s highest days of reported deaths and hospitalizations since this crisis began,” said NC Governor Roy Cooper. 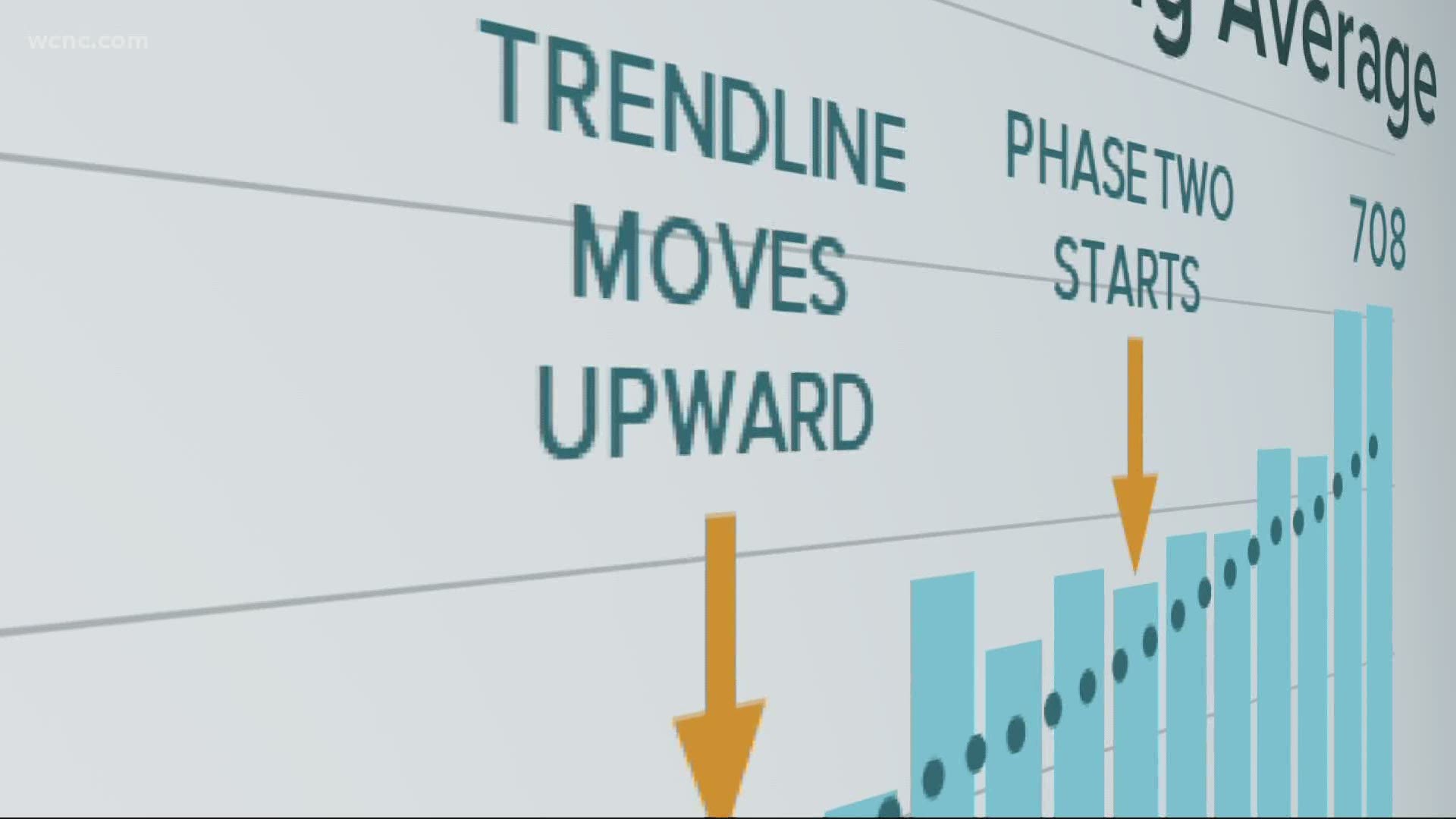 For the second day in a row and the third time this week, hospitalizations for COVID-19 in North Carolina were at an all-time high.

NC Gov. Roy Cooper and members of the Coronavirus Task Force held a briefing to discuss the latest COVID-19 numbers and trends.

Thursday North Carolina reported 708 hospitalizations.  Hospitalizations were at 702 Wednesday, which is a spike of 81 from Tuesday.

“Today is one of our state’s highest days of reported deaths and hospitalizations since this crisis began,” NC Governor Roy Cooper said.  "In North Carolina, our case count has continued to go up. We know that one reason for this is increased testing, which is critical to reigniting our economy and keeping people safe. We’ve increased our testing significantly."

Cooper says that for now, hospitals should be well-equipped to surge beds and resources to meet demand. But the trend is on health officials' radar as they consider reopening plans."We are concerned about the number of hospitalizations for COVID-19 continuing to go up. This is why we're in phase two and not opening everything up," said Cooper. "This is why we think we need to stay in phase 2 for a while to see how these numbers go."

The governor and Health and Human Services also addressed the past few days of increasing percent-positive cases.They say while there have been some ups and downs in the data, the overall rate of positives has been fairly steady, around 8 percent.

The state leader also says where testing is focused on a given day might cause fluctuations in the results."Sometimes when you do a lot of testing in congregate facilities you might have a higher number of positives," Cooper explained during the press conference.

Cooper says the North Carolina Department of Health and Human Services website has an interactive tool to find a testing site in your area. It includes more than 300 places where you can go and get tested. CVS announced 55 new drive through testing locations across the state, including Mecklenburg County.  Those locations will begin testing this weekend.

The state also reported 33 new deaths Thursday, which brings the total of COVID-19 related deaths across the state to 827.

RELATED: Local doctor says for any city, hosting the RNC is a "recipe for disaster"