Protester unable to get COVID-19 testing despite recommendation

Protesters are now being urged to get tested for Covid-19, even if they don't have symptoms. 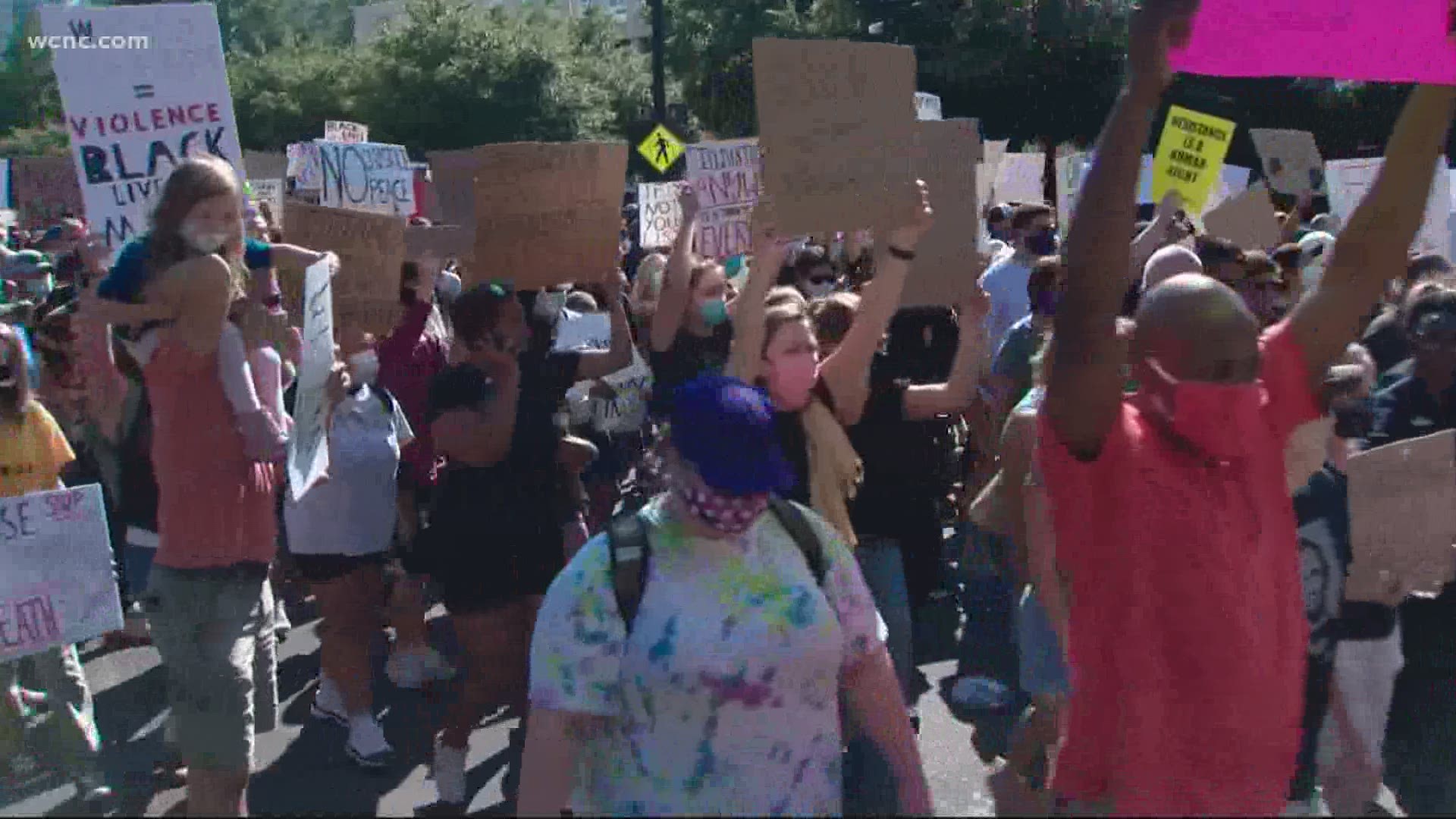 CHARLOTTE, N.C. — As we enter our second week of protests, Mecklenburg and state officials are concerned large gatherings could lead to a spike in coronavirus cases.

Protesters are now being urged to get tested for Covid-19, even if they don't have symptoms.

"Mass gatherings are risky in all settings and that's why we are very much wanting folks who may have been at a mass gathering to go get testing," Dr. Mandy Cohen with NCDHHS said. "This virus continues to be spread by people who don't know they have covid19."

Over a week ago, Katie Rothweiler marched for justice in Charlotte, despite the ongoing threat of the virus.

"We did our best to be socially distanced," Katie Rothweiler Protester said.

Rothweiler doesn't have symptoms but does take care of her mother who has a weakened immune system.

RELATED: 'Our metrics have moved in the wrong direction' | COVID-19 is getting worse in North Carolina

RELATED: Officials urge Floyd protesters to get tested for coronavirus

"I don't fall into a lot of the other categories," Rothweiler said.

She says she tried to make an appointment online at several different locations but was told she does not qualify.

"I was not able to find anywhere that would be willing to do a test as of right now," Rothweiler said.

Dr. Passaretti says getting testing is all about availability and timing.

"It is still very much a juggling act for us to prioritize who needs the test most,"  Dr. Katie Passaretti said. "A day after you're exposed to an infectious disease nobodies going to test positive, so its more useful to do further out 5 to 7 days after that exposure"

Despite that, here's how you can find a testing location. Go to the NC Department of Health and Human Services, then find my testing place, type in your address, several locations will pop up. Most require an appointment, a physician order and screening.

"I'm doing my best to make that happen, I think it's important for all of us," Rothweiler said.  "It would be nice if it was easier for us to get those tests."

Health providers do say there may be some sort of cost, especially if you don't have insurance.

RELATED: Providence High School senior makes video as a love letter to the class of 2020

RELATED: 'I am more concerned about COVID-19 in South Carolina than I have ever been before,' expert says