The UK COVID variant is in Mecklenburg County. Here's what we know about it.

Health experts weigh in on what a more contagious variant of COVID-19 could mean for the metrics, those already vaccinated, and those who might contract it. 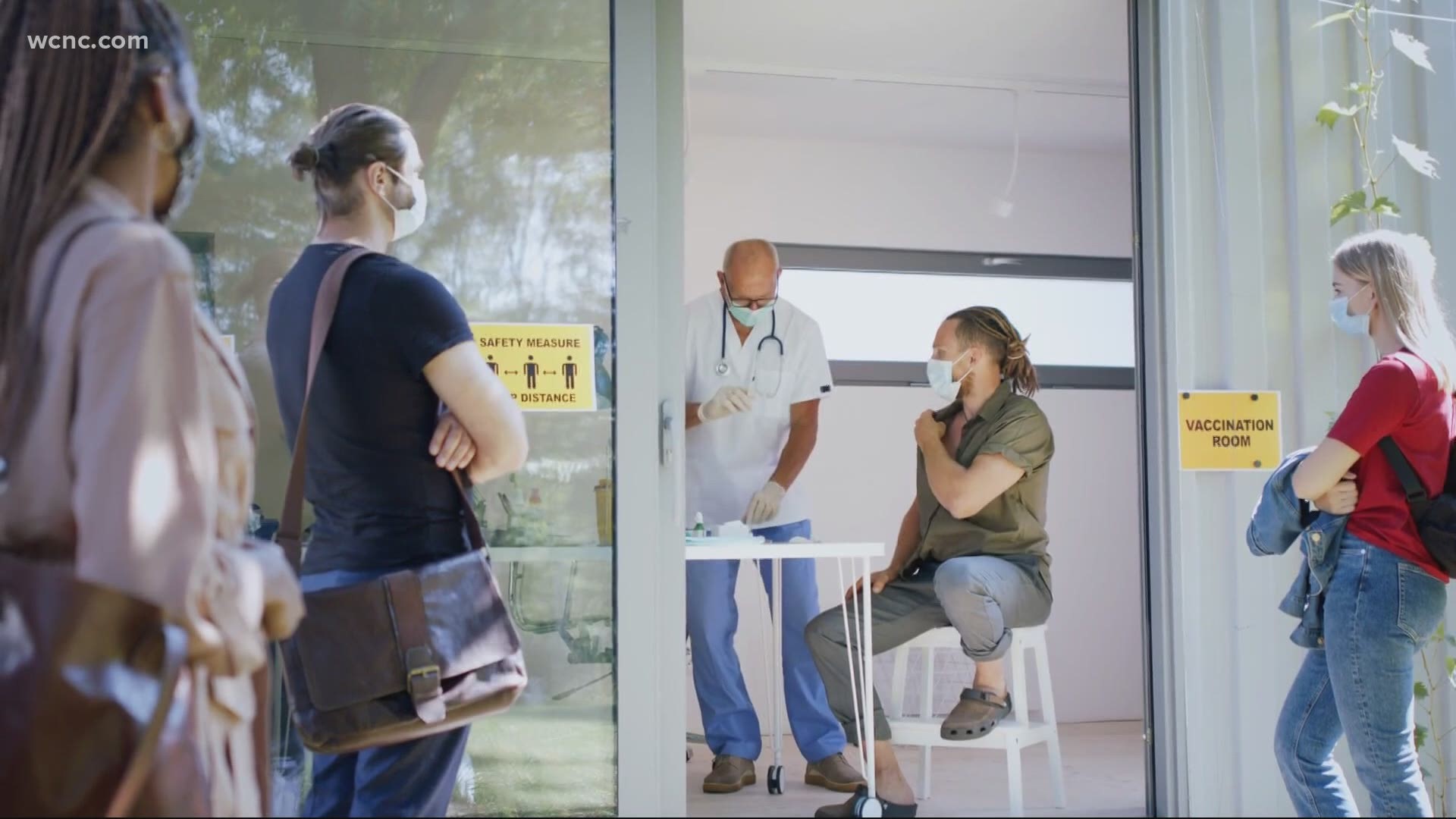 CHARLOTTE, N.C. — One of the more contagious COVID-19 variants has arrived in the Carolinas, heightening the urgency for safety protocols and vaccination efforts.

Saturday, the North Carolina Department of Health and Human Services confirmed the state's first variant case. NCDHHS did not provide any specifics about the person's circumstances, stating only that they live in Mecklenburg County.

Health officials and experts said the development further highlights the need for people to be vigilant against viral spread and take COVID-safe measures seriously.

While more research is needed on these variants, there is some preliminary information available.

Which variant is confirmed in the Carolinas?

NCDHHS reports that the variant discovered in a person from Mecklenburg County is B.1.1.7, more commonly referred to as the U.K. variant.

How many cases of the variant are there in the U.S.?

According to the Centers for Disease Control and Prevention, laboratories have confirmed nearly 300 variant cases in 24 states, as of Monday evening.

There is only one case in North Carolina. No cases are reported in South Carolina. However, neighboring states Tennessee and Georgia have reported eight cases, collectively.

How is the U.K. variant different than the COVID-19 already circulating in the Carolinas?

While originally believed to be no more virulent than the initial strain, officials from the U.K., where the variant is believed to have been circulating longest, have now come out and stated it is possible the variant could be more dangerous.

"Boris Johnson (prime minister of the) U.K. said over the weekend, there's a little suggestion that there might be a bit higher severity of the illness. It's not markedly higher," said Passaretti.

What could the U.K. variant mean for the current trends in the Carolinas, where daily cases and hospitalizations are finally starting to flatten?

"More people infected from one infected individual means higher number of cases, means higher potential hospitalizations, higher associated illness with that. So, certainly not something we wanted to see," said Passaretti.

More positive signs: #NC's avg daily #COVID19 cases are still on the decline, down 1K+ over last 2wks. Percent positive is down to 11.2%. COVID patient census has dropped by 700+ since record high reported on 1/14. @wcnc pic.twitter.com/dAFPaaVMBB

Are people who are getting vaccinated right now protected from the variants?

"We're in this area where we're trying to learn quickly," said Passaretti. "There have been a number of reports out. I think all are promising that the vaccine retains efficacy, whether that efficacy wanes more quickly or isn't as high as that 95%, that certainly is possible, and we're going to learn more, for sure, over the coming weeks."

What if the virus eventually mutates out of reach of the current vaccines?

Both Pfizer and Moderna have said their vaccines should be adaptable.

"One advantage to these two vaccines is the type of vaccine they are--the mRNA--can be fairly easily... adjusted to account for different mutations and different variants," said Dr. Brannon Traxler, Interim Public Health Director with South Carolina's Department of Health and Environmental Control.

Moderna has already reported that, "out of an abundance of caution," it plans to tweak its vaccine to better target the variants, specifically the South African variant. This update could become a booster shot.

Dr. Anthony Fauci called the South African variant "different and more ominous than the one in the UK."

According to the CDC, the South African variant has not been detected in U.S.