Instead of a $149,000 Paycheck Protection Program loan going to a small business in need, federal investigators say the PPP loan ended up in a teen's bank account. 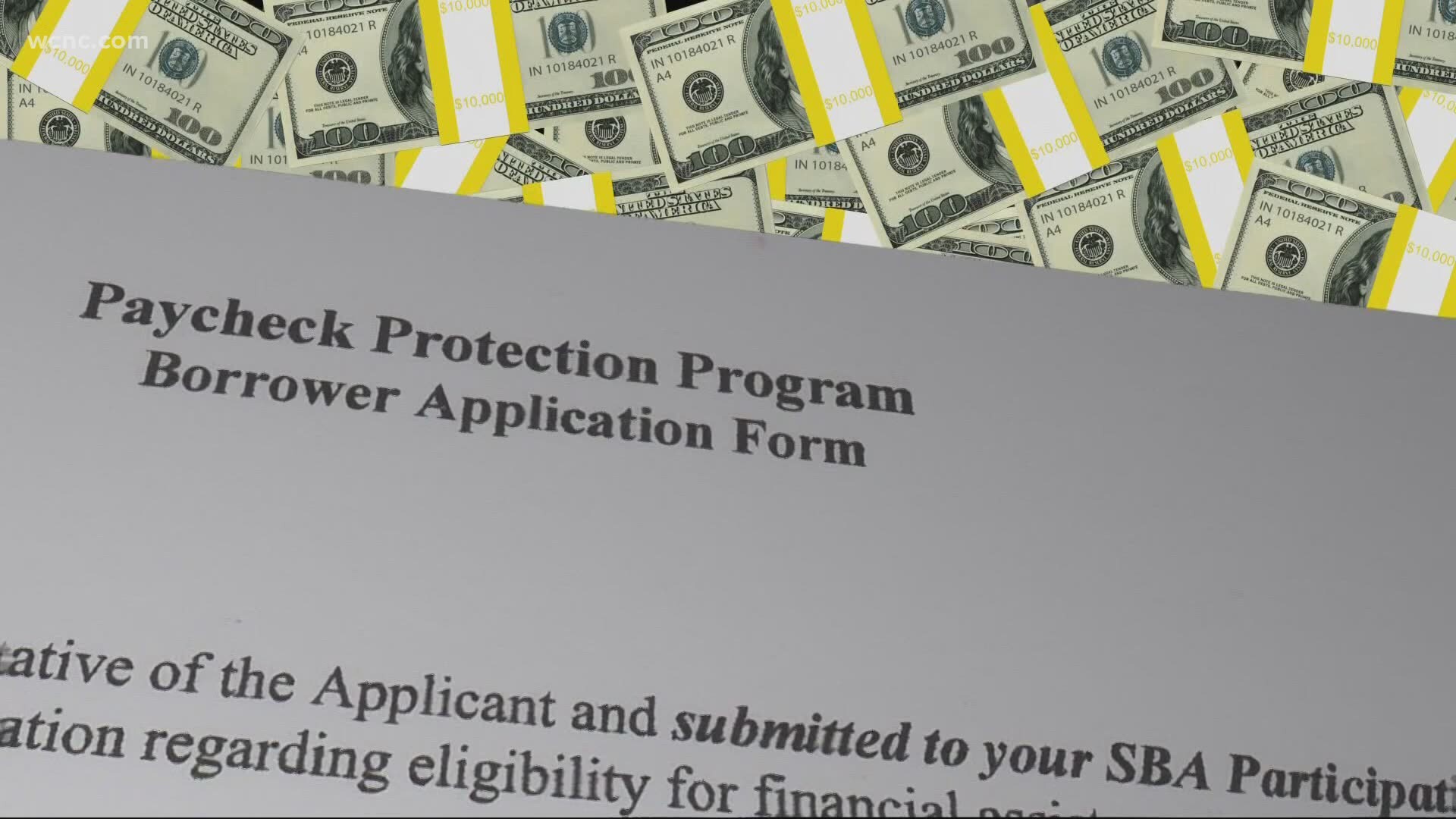 "The funds identified for seizure, in this case, were deposited, as a result of fraud on a Coronavirus-related (PPP) loan, into a 'money mule' account," the application for the warrant said.

"We're working with everyone from the Small Business Administration Office of Inspector General to the FBI to the Secret Service to Postal Inspection Service, IRS, you name it," Sugar said. "It's despicable when people take this money that was supposed to help people and instead buy cars and take vacations."

In the case outlined in last week's executed search warrant, prosecutors believe the PPP loan, intended for a Florida tool company, ended up in a money mule account. When contacted, the teen named in the warrant as tied to that account told us "there's no fraud," but declined an interview.

Sugar said she could not talk specifically about any ongoing cases.

"Rest assured, we are working diligently and we do intend to prosecute and investigate these cases to the fullest extent we can and we do believe we will have a number of these cases in the upcoming months," she said.  "It's offensive. This Coronavirus PPP money could have went to businesses that were actually in need. It could have been used to pay employees who need money for their rent and for their groceries and instead, it's going into bad actors' pockets and it's offensive."

A newly unsealed search warrant reveals a $149,000 #PPP loan meant for a small business ended up in area teen’s bank account, some of it spent on gift cards. A top federal prosecutor tells me she expects several fraud cases in the months ahead. #defenders https://t.co/LMNduOORKK

Charlotte small business owner Coretta Livingston is one of many who could have used a PPP loan.

She owns Venue At 1801, an event space in Charlotte's Historic West End and originally expected to receive a $16,000 PPP loan.

"I felt slighted," she said of the government's failure to give her business a PPP loan.

She initially expressed her frustration with us on July, 14 which we now know was the same day investigators believe the SBA deposited $149,000 into the 19-year-old's bank account.

"You hit me in the gut," Livingston said. "That's a lot...It's sickening, it's disheartening."

Thankfully, Livingston didn't give up hope and eventually received grants from a non-profit.

"God is good," she said. "Things are working out. Everything is going to be okay."

Prosecutors have not yet charged anyone locally for PPP fraud yet, at least that we know of. However, Sugar said prosecuting both PPP and unemployment fraud cases is a "priority for the department."

"We are ready to act and prosecute those individuals and bring them to justice for cheating the system and the taxpayers," she said. "It's offensive to people who are putting their hard-earned money into the tax system who expect the government to be stewards of that money."

Sugar said investigators need the public's help. If you have a tip, you can fill out a complaint form online or call the Department of Justice's National Center for Disaster Fraud Hotline at (866) 720-5721. Tips that originate in the Western District of North Carolina can also be shared directly with Sugar at (704) 344-6222.