Several public health departments postponed COVID-19 vaccine clinics because they didn't receive their vaccine shipments due to winter weather in the Midwest. 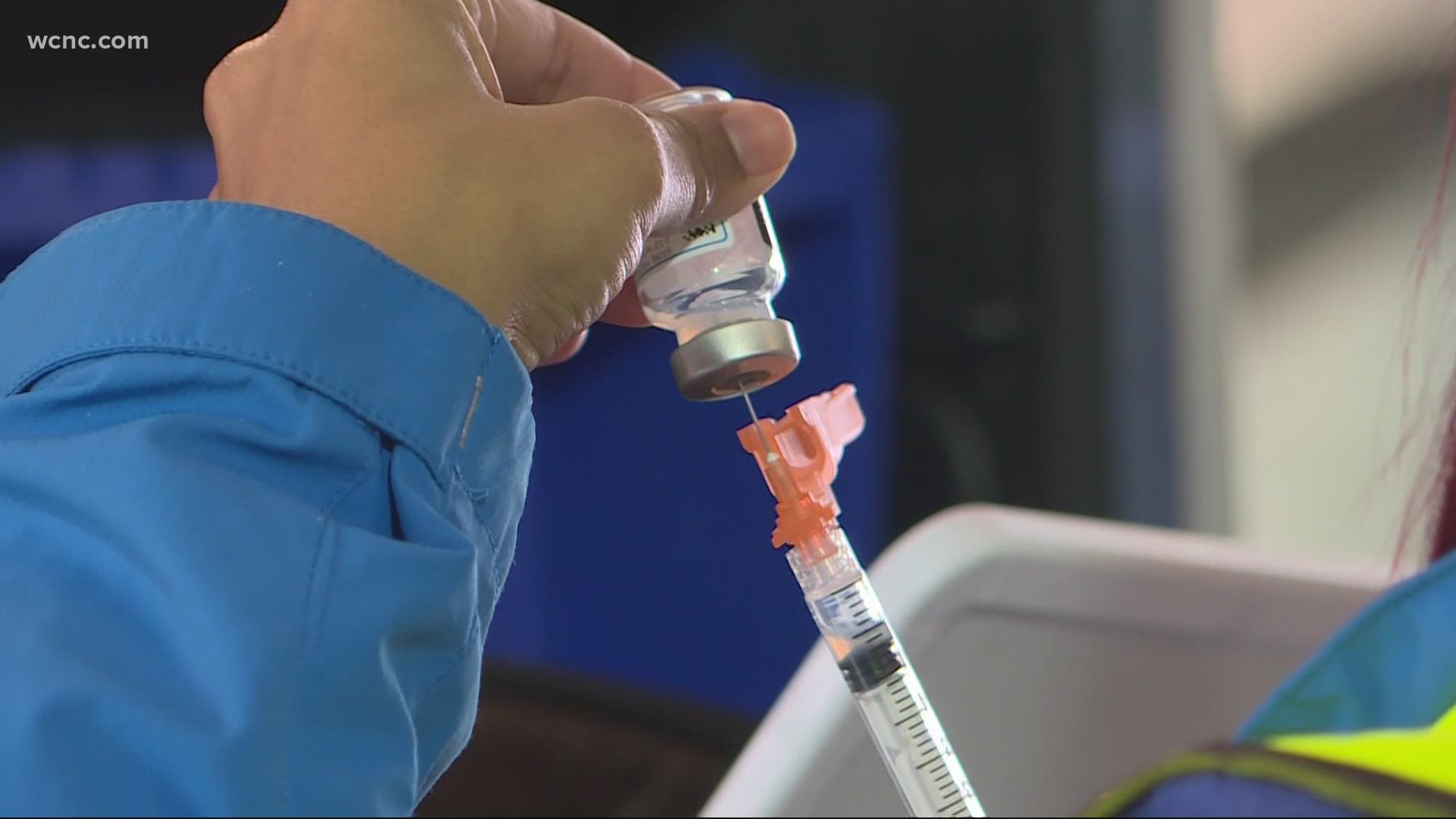 HICKORY, N.C. — While the icy weather forced dozens of Charlotte-area health departments to postpone COVID-19 vaccine clinics, Catawba County was one of the few exceptions.

Hundreds of people were able to get their first and second vaccine doses Thursday at the Hickory Convention Center.

Catawba County Public Health's Emily Killian said they did delay opening the clinic by three hours to ensure the roads were safe.

She said people who had appointments early in the morning could come in later in the day or call Monday.

"We had several plans in place," Killian said. "So we were able to give ourselves some flexibility."

Gov. Cooper says they’re aware of the vaccine shipment delays due to severe weather in the Midwest, and they’re pushing to get more dosages into the state. Watch live on @wcnc. pic.twitter.com/EKdH6DsNp8

RELATED: 'We're not out of the woods yet': Cooper to announce new COVID-19 executive order next week

Priscilla Schoenen and her husband, Bill, came to the convention center for their second dose, and she was thankful the weather didn't postpone their appointment.

"We've been watching the weather for two or three hours," Schoenen said. "We worried about that because we feel like this is more important than anything."

Rita and Wade Jolly said they weren't as concerned about the weather.

"We were glad to get here," Rita Jolly said. "We've been trying to get for a long time so it paid off today."

But icy conditions in the Midwest forced public health departments, including Mecklenburg, Gaston and Rowan Counties, to postpone their clinics as they didn't receive their vaccine shipments in time.

RELATED: Biden on track to blow past goal of 100 million shots in 100 days

"We have had a couple that were a little bit delayed," Killian said. "But it did not affect any appointments that we had scheduled."

During a Thursday news conference, Governor Roy Cooper (D) said he was frustrated by the weather delays.

North Carolina DHHS Deputy Secretary Kody Kinsley said none of the Moderna shipments have arrived while half of the Pfizer doses came in either Wednesday or Thursday.

"Our guidance right now to providers is to get folks in as soon as they can once they have notice that the shipments are coming," Kinsley said. "I think we'll see right now, we have a two day, two-and-a-half day delay."