Severe weather could cause vaccine shipping delays in South Carolina

The state has told vaccine providers that they might have to reschedule some appointments. Full allotments are still coming, though. 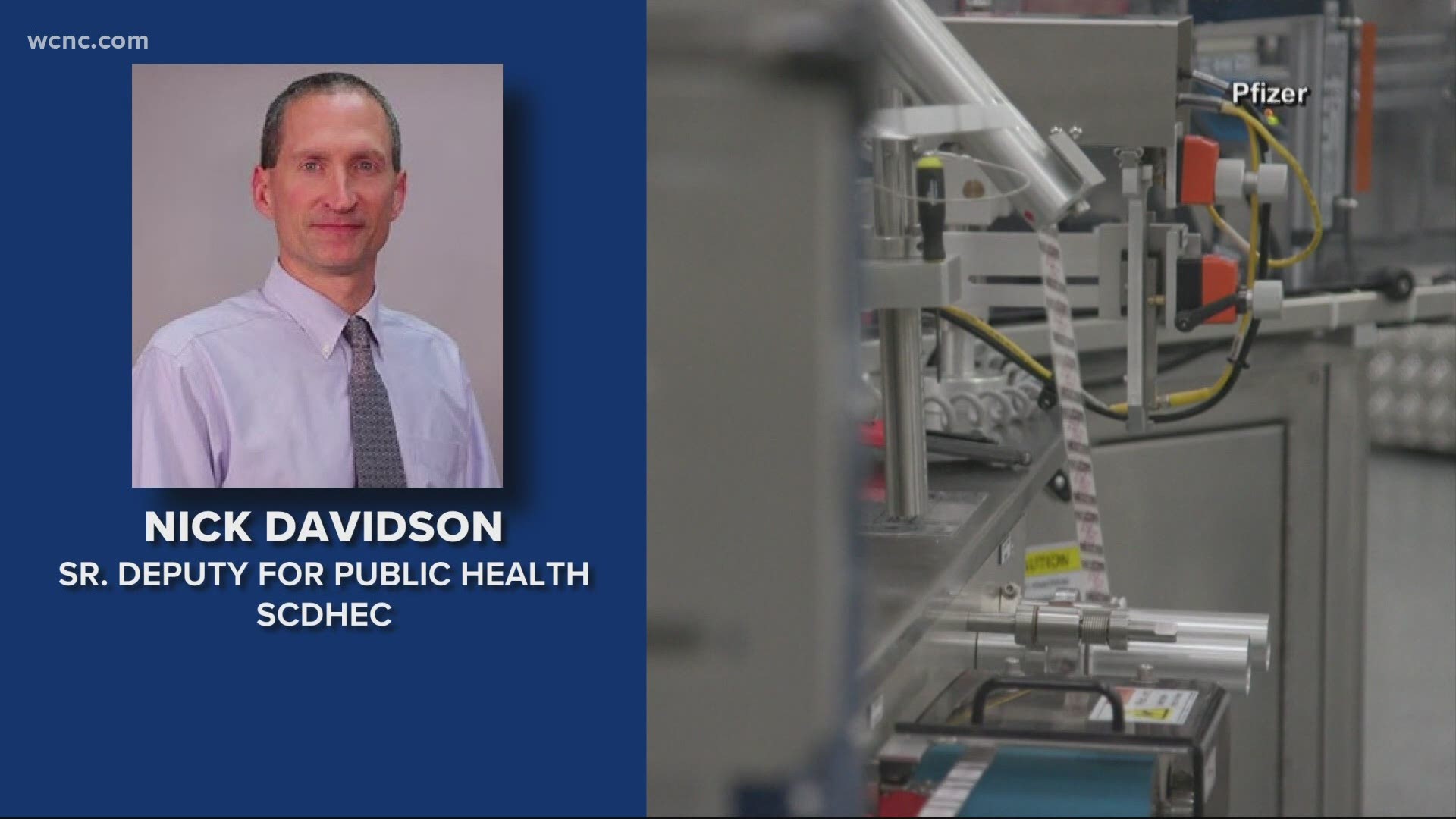 The South Carolina Department of Health and Environmental Control (DHEC) said the federal government notified it, along with other state agencies, that weather is impacting shipping facilities in Memphis and Louisville.

These are FedEx and UPS vaccine shipping hubs for several southeastern states.

"That ice storm has moved on," Panovich said. "The problem with ice storms. It doesn't just impact air travel. It impacts ground travel. the trucks can't move either."

The state has told vaccine providers that they might have to reschedule some appointments due to the delays. However, DHEC reports full weekly allotments are still coming.

"We fared somewhat better than some of our neighboring states," Davidson said. "I believe there were a total of 12 states that did not receive their shipments, or at least, their entire shipments yesterday."

Under the current supply chain, trucks carry vaccine doses from Pfizer's Kalamazoo, Michigan, facility to airplanes, which then take the shipments to shipping hubs in Memphis and Louisville. The doses are distributed from there.

DHEC said the federal warning was that delays could happen over the next few days, and Panovich pointed out a potential second concern waiting in the wings.

"Cold air is moving over the middle of the country, and we've got another storm that's headed our way," Panovich said. "It's going to affect the same two locations. So, they're coming out of one big ice storm with another winter storm on the way, which will likely impact air travel and ground travel again."

DHEC continues to urge all providers to hold by-appointment-only vaccine clinics and not hold large-scale or walk-in clinics in order to appropriately manage their limited doses of vaccine supplies and to help limit the need for any appointments to be rescheduled.

Have a relative or friend in another state and want to know when they can get vaccinated? Visit NBC News' Plan Your Vaccine site to find out about each state's vaccine rollout plan

RELATED: How to know when you can get the COVID-19 vaccine in North Carolina