With urgency from some local county health departments and hospital systems, the Carolinas are struggling to meet the demand. 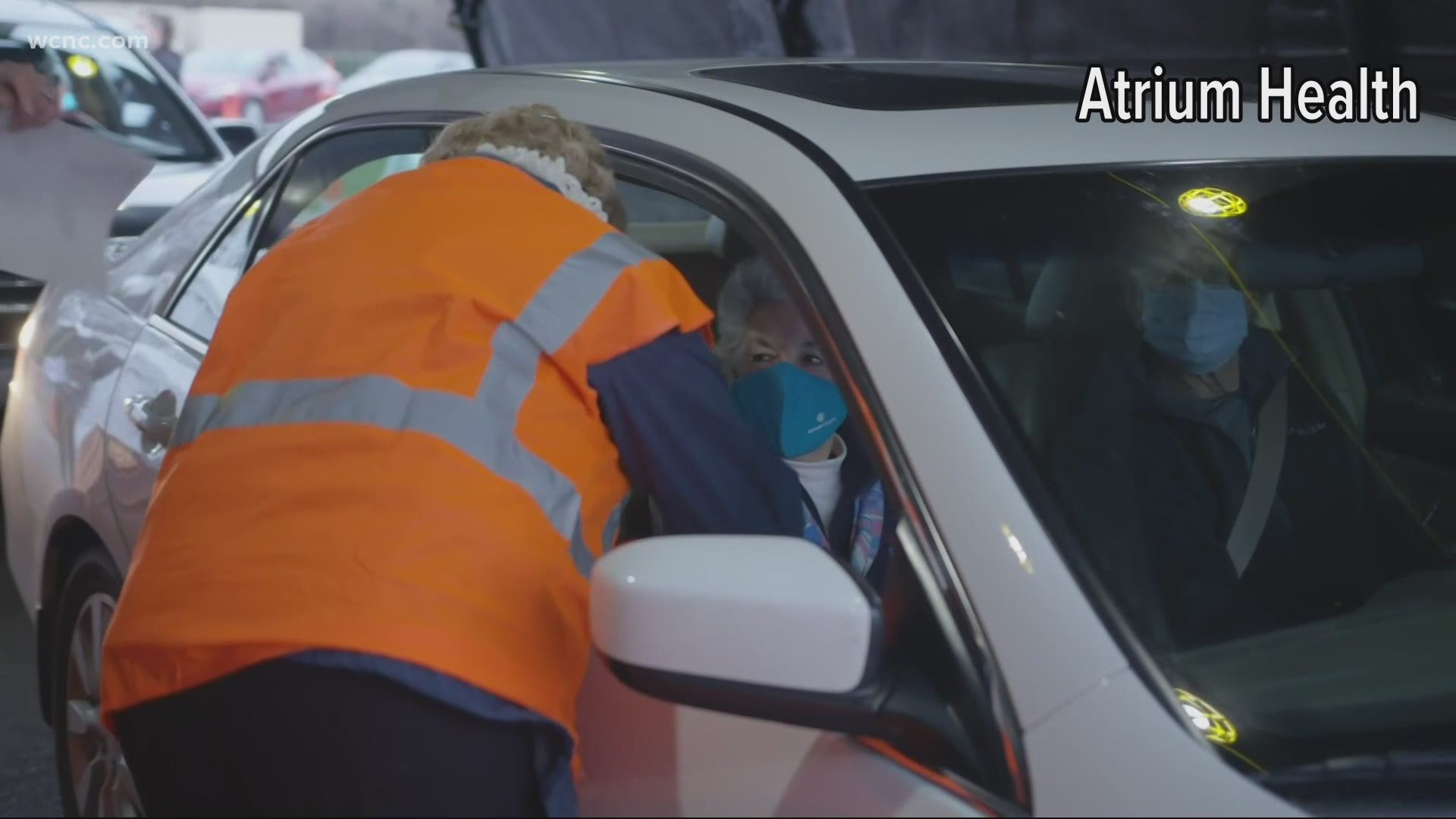 CHARLOTTE, N.C. — The pressure is mounting to speed up the COVID-19 vaccine rollout. Now in North Carolina, anyone 65 and older can get vaccinated. Across state lines in South Carolina, officials are not moving in the direction the federal government recommends, sticking to people 70 and older.

And while the goal is to get as many people as possible vaccinated, it seems there isn't a large enough supply of the vaccine.

"It's the number one priority of the state of North Carolina to get vaccines administered to people as quickly and equitably as possible," North Carolina Governor Roy Cooper previously said.

Even with that urgency, some local county health departments and hospital systems in both Carolinas are struggling to meet the demand, now met with a growing group of people eligible to get vaccinated.

The CDC has recommended anyone 65 or older get the shot.

"In general, we support getting everyone a vaccine but as it stands today we won't have enough to accommodate that extra group of people," Dr. David Priest with Novant Health said.

Several counties in North Carolina -- including Mecklenburg, Gaston, and Iredell -- will continue to focus on those 75 and older for now.

"In our community, 55% of our deaths are in that population," says Iredell County Health Director, Jane Hinson. "So they're vulnerable and they want to be vaccinated."

RELATED: South Carolina hospital requests for vaccines not being met

In the Palmetto State, top health officials have decided to stick with prioritizing people 70 and older, told by the federal government they shouldn't expect to receive more than the 63,000 doses they've been getting each week.

"We have 100% of our doses we've received either already in people's arms or scheduled to in the near future go into people's arms," Dr. Brannon Traxler, DHEC Public Health Director.