The driver says they were originally told they had two weeks of paid time off. 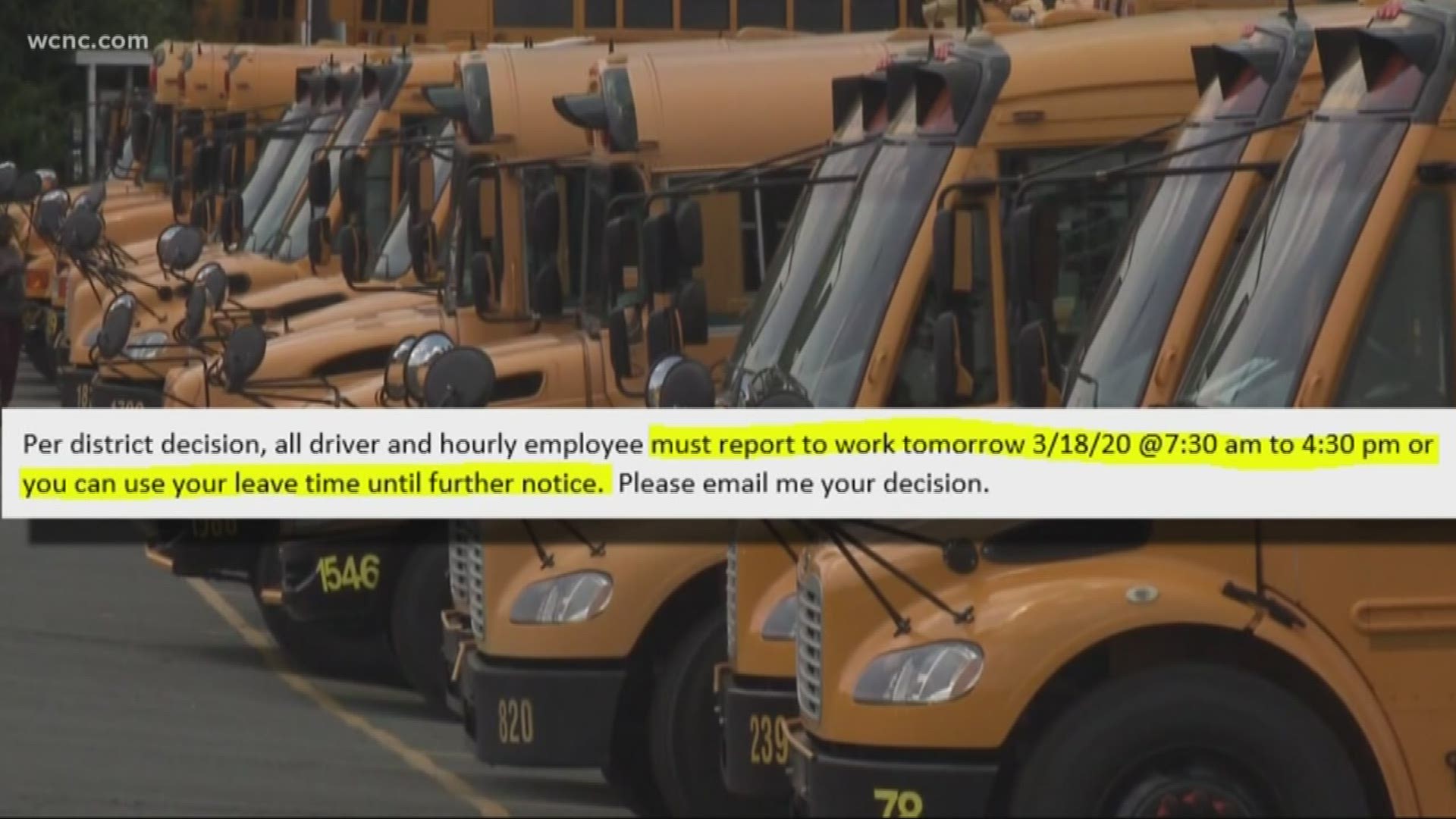 MECKLENBURG COUNTY, N.C. — Every school in North Carolina has come to a halt for at least two weeks but CMS bus drivers say the district is telling them they still have to come to work.

In fear of retaliation, a CMS bus driver who spoke to WCNC Charlotte wanted to remain anonymous. The driver says they were told to come to work or else they would have to use annual leave or sick time.

"Why are they putting us through this," the driver said.

The driver says they were originally told they had two weeks of paid time off.

Bus drivers are one of many manly hourly-paid workers across CMS who have little certainty about their pay during the school closures.

"I'm worried about how I'm going to feed my children," the driver said.

This uncertainty comes after bus drivers were told to scrub their buses with litter protection Monday. The bus driver who spoke with CMS said it was unfair to have to use personal leave time, stating were all in this together.

WCNC Charlotte reached out to CMS, they have not provided a response in regards to the change.