CDC data shows North Carolina has seen a 10-19% increase in drug overdose deaths in the last year. South Carolina more than 20%, among the worst in the nation. 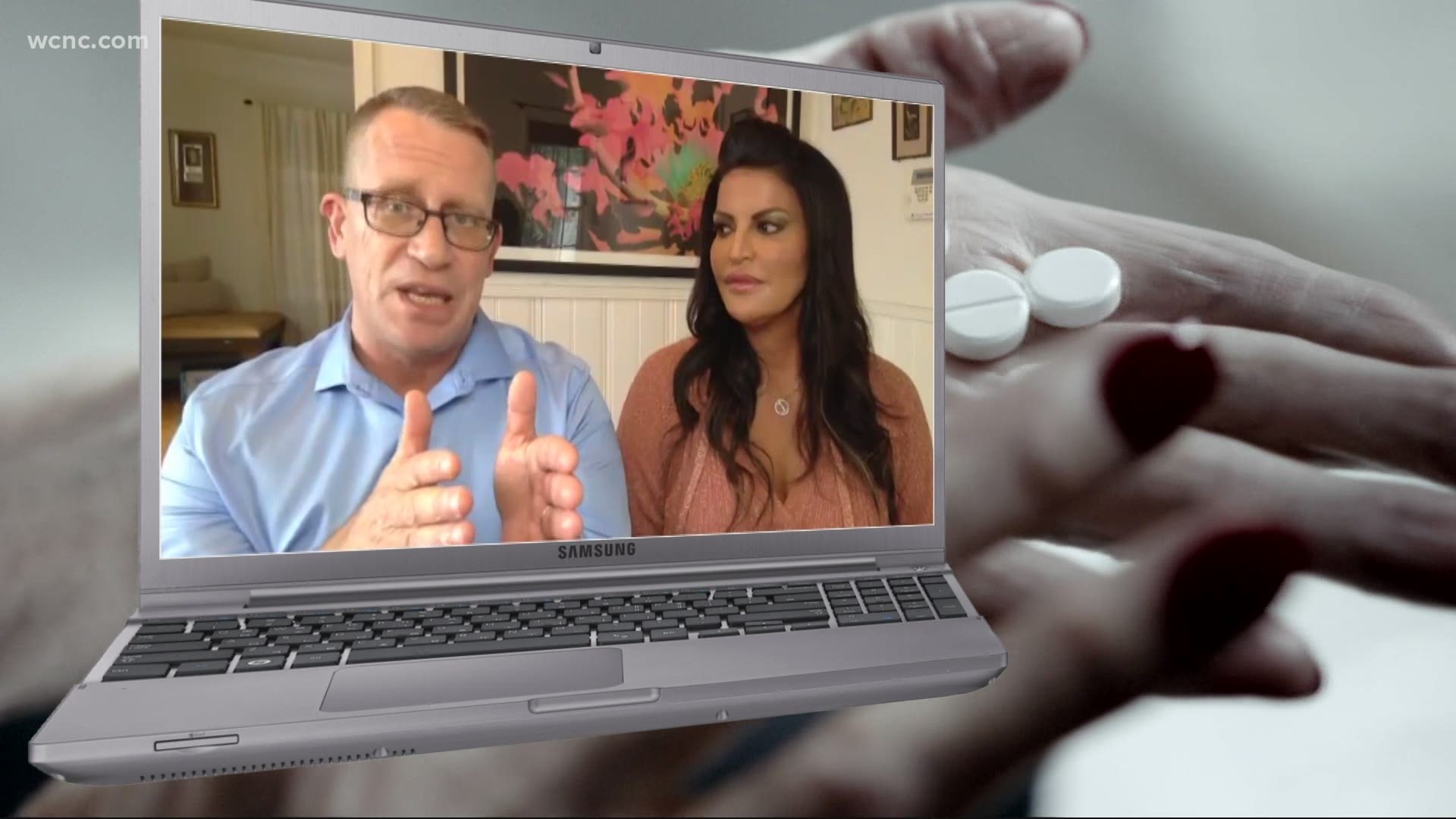 CHARLOTTE, N.C. — North Carolina Attorney General Josh Stein announced Thursday that consulting firm Mckinsey has agreed to pay out a $573 million settlement to 47 states for its role in advising businesses how to sell more opioid painkillers.

The announcement comes as state leaders say the addiction crisis is worse now than ever before.

“The unemployment, isolation, anxiety and disruption this pandemic has unleashed have led to a rise in addiction and overdose greater than ever," Stein said Thursday.

CDC data shows North Carolina has seen a 10-19% increase in drug overdose deaths in the last year. South Carolina more than 20%, among the worst in the nation.

North Carolina will receive $19 million of that nearly $600 million settlement. Attorney General Stein said that money will be used to battle the rapidly growing crisis.

RELATED: How has the pandemic impacted our kids' mental health? Charlotte doctor says patient visits are up fourfold

“COVID has set us back five to 10 years," recovery advocate Tim Ryan said.

Ryan, alongside his wife Jennifer Ryan-Gimenez, has been trying to raise awareness about the exponentially worsening addiction crisis.

They say increased isolation and dwindling access to support has been a huge blow to those in recovery.

In 2018, North Carolina’s opioid overdose rate dropped for the first time in 5 years. The pandemic has shattered that progress.

Rehab.com has seen a 383% increase in people seeking treatment options.

But rehabilitation facilities haven’t been immune to the pandemic's financial blow.

A recent survey by the Addiction Professionals of North Carolina found 43% of providers said they can’t survive another month.

More than half have already closed at least one program, and more than a fourth had to lay off staff.

Eleanor Health is an addiction treatment center with 7 locations across North Carolina.

Harris said they’ve had to shift and adapt to meet the growing need.

“About 95% of our services right now are provided virtually, which is very different from before," she said.

Lakisha, an Eleanor health patient, said the pandemic was a huge obstacle to her recovery.

“I felt very alone," she said. "It was it was horrific. And I never thought I was going to get out of it ever. Without therapy, I would be lost.”

Advocates say the pandemic has shifted focus, and funds, away from the addiction crisis.

RELATED: Donations of shampoo and conditioner collected to help youth struggling with pandemic

“I field personally 100 to 200 phone calls per day, and 90% of the people just don't know where to go," Ryan said. “This needs to be talked about every day. Because it's not going away. And we absolutely are not doing enough.”

Attorney General Stein said Thursday that North Carolina's $19 million shares from the settlement will be paid out over 5 years. His office has not yet determined exactly how the funds will be used, only that it will be used to battle the opioid crisis in North Carolina.